My sister and I found a new favorite - Royce's Macha Green Tea chocolate. We had our first taste when our friend Kru Jang brought a box  from her trip to Japan in April. We were immediately mesmerized.

A couple weeks ago, one of the kindergartner's dad who is a pilot asked the kindergarten teachers what would they want  from Japan, his next stop. They all said the same thing. Macha Green Tea Flavored Chocolate from Royce. He brought home not just one but four boxes. One box for each. We were thrilled! 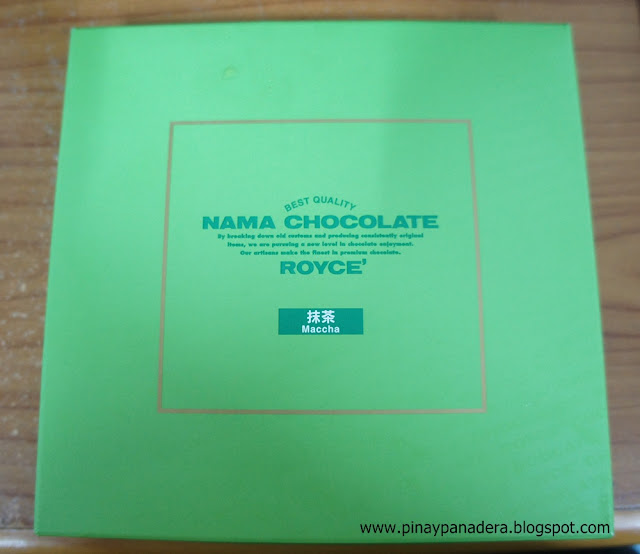 Ate and I discovered that soy milk was an excellent partner for macha green tea chocolate. As they say it in French -Ooh-lala.