What a difference seasoned rice made to rolled sushi

It had been the third week that our  Friday night dinner was cancelled. One friend went back to the Philippines for the summer, the other was busy touring her friends around.  Because of our friends' absence,   Ate ( term for elder/eldest sister in Philippines) and I had loads of time to whip up something nice for the children's potluck at church on Saturday. We decided to make sushi.

Not so long ago I made rolled sushi without any guidelines .I used plain Japanese rice and sliced vegetable for filling. They did not come close to what we had at Japanese Restaurant. This batch we made was based on the recipe we found at the back of the nori sheet package. The instruction said to season rice with salt, sugar and vinegar before use. I followed the instruction. Ate and I were surprised at how tasty the rice had become. 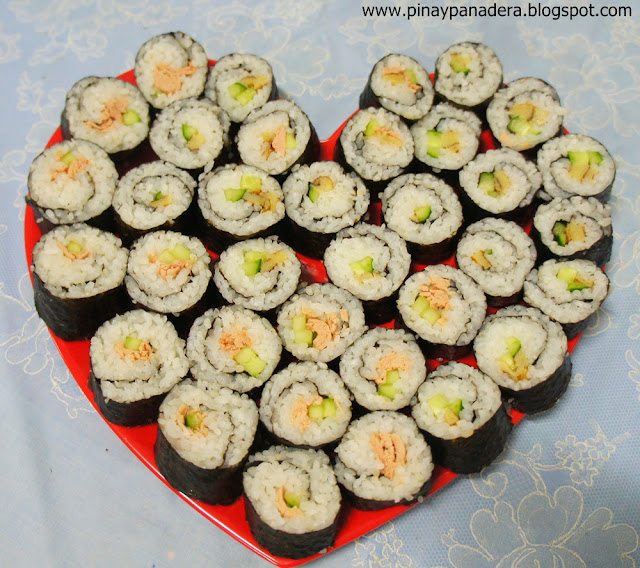 Here I was mixing rice after I added salt, sugar and vinegar. 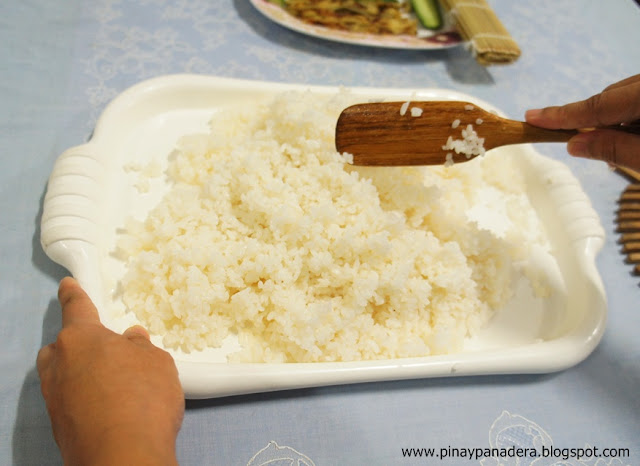 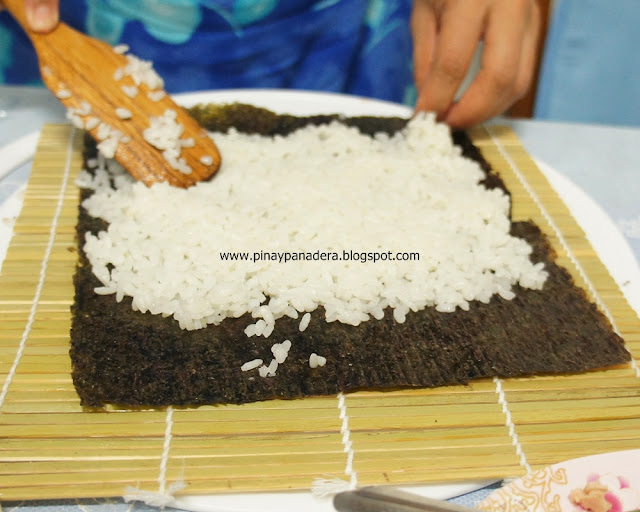 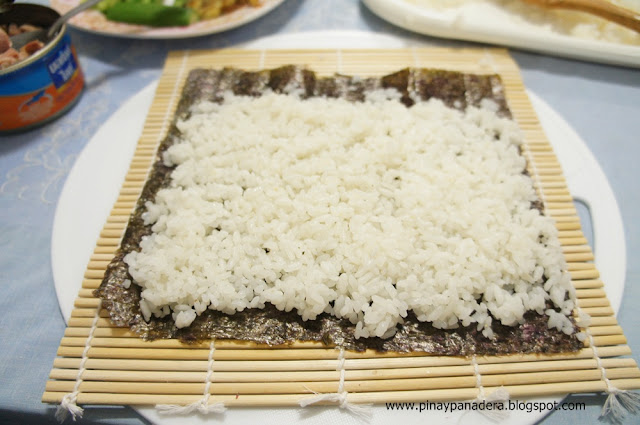 We wanted to try tuna as the ones we made last time had only vegetables.Then we added sliced cucumber and sweet omelet. 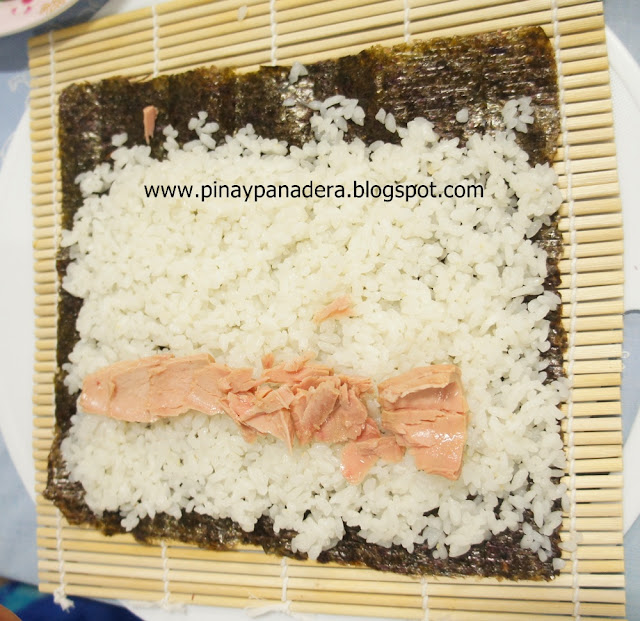 I learned that rice doesn't stick to wet hands. I  wet my hands before spreading the rice on the nori sheet each time. 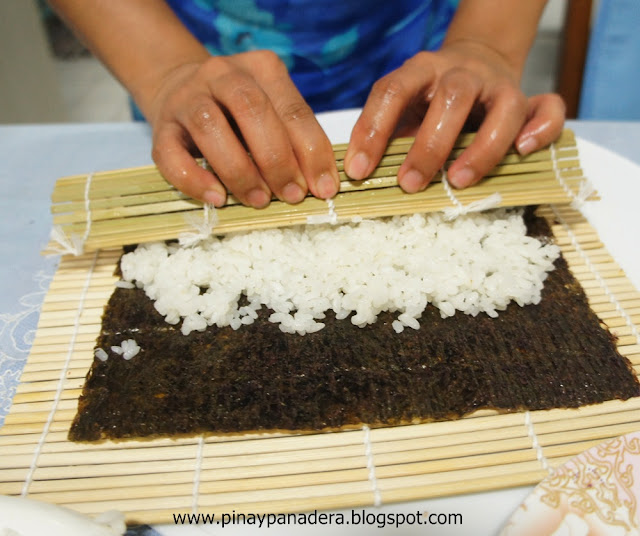 We made about 10 sushi logs. 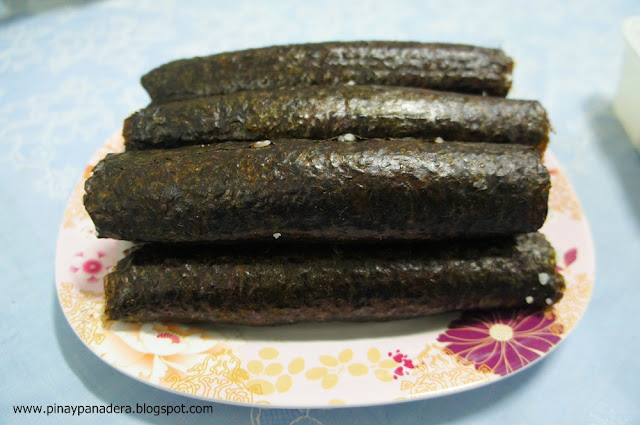 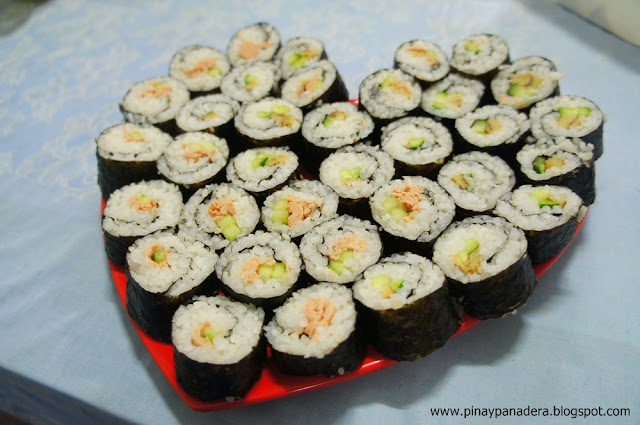 The sushi was a big hit among the kids :). They were almost gone at the end of the potluck. My cousin took home the few pieces of sushi left. 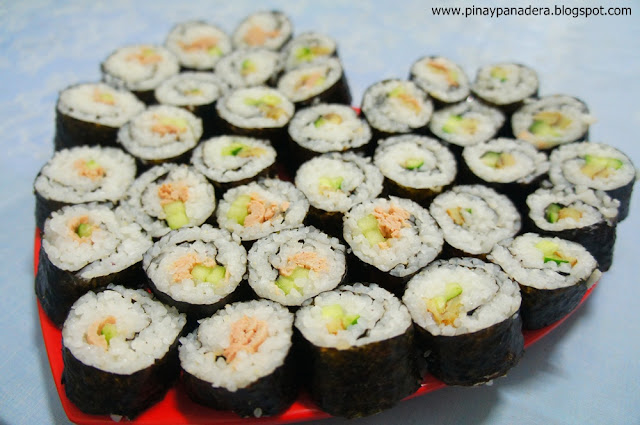