Despite my love affair with cookbooks,  I seldom consult them when I cook. I like the spontaneity and creativity in constructing dishes from scratch. The amounts and tastes are mostly my estimation.

Friday night dinner was salmon sinigang. I have been using salmon in my sinigang  since I learned that rendered salmon oil adds rich flavor to soups. I was at the grocery Thursday and found salmon head and scraps in the shelf. My sis and I had been craving for sinigang so I bought the fish instantly.

What is sinigang? It is a Filipino dish of meat or seafood which uses sour as the base of the soup. Although the original recipe calls for tamarind, I use lemon juice each time I make sinigang as lemons are readily available in stores and markets year-round. 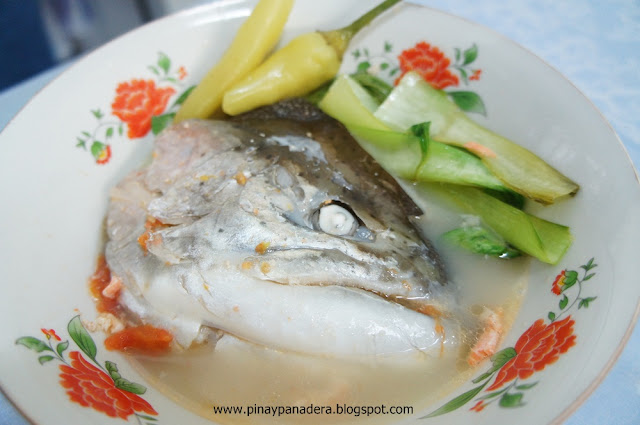 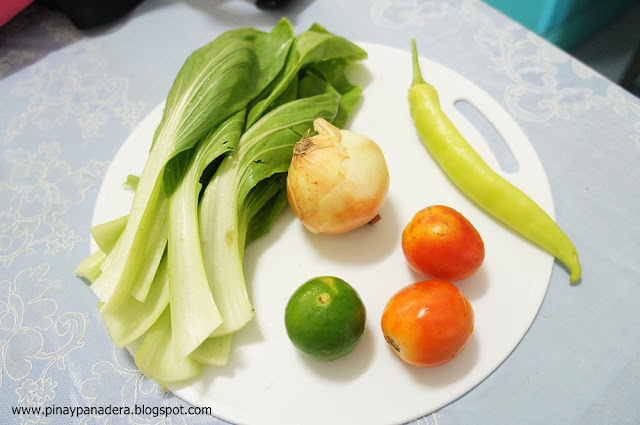 To give the soup a rich flavor, I cooked the salmon head with the scraps. 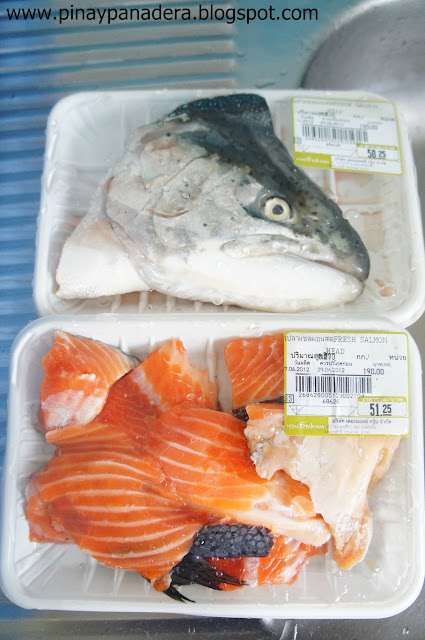 Place the salmon head and scraps in  a pot. Add the sliced onion, tomatoes and finger chili.Pour
2 - 2 1/2 cups of water. Season with salt. Bring to a boil over med heat.

Taste. Adjust the seasoning if needed. 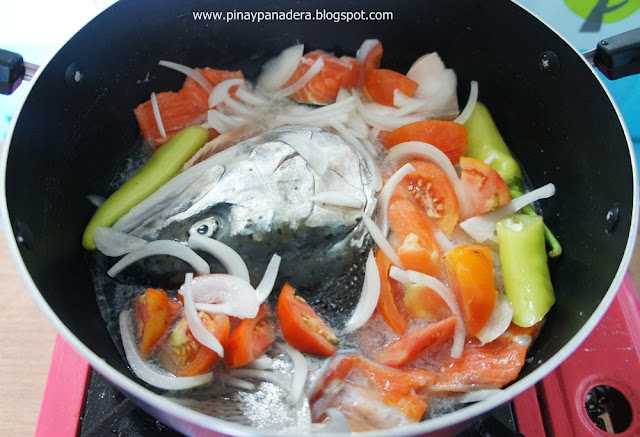 Ladle into a bowl. Enjoy the flavorful soup while hot! We did! 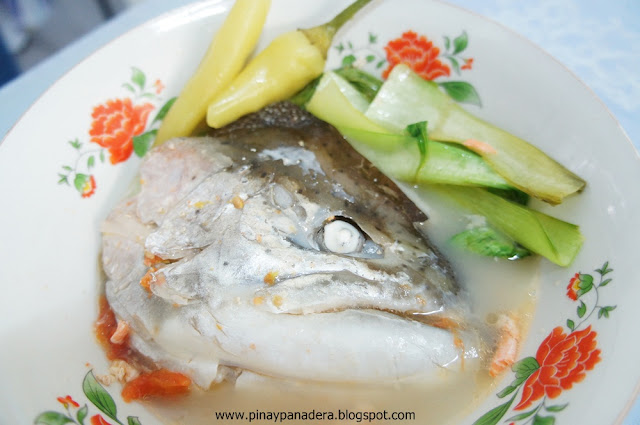