When I was in China, I had met and embraced diverse group of  people, locals and foreign alike. So many that if I were to list their names, it would take ages for me to finish it. No Joke! (I had lived in 6 Chinese provinces and explored 7 other provinces) Those people I had met while living and traveling made my life exciting, helped broaden my perspective, taught me things I had never known and introduced me to new cultures, cuisine and holidays. 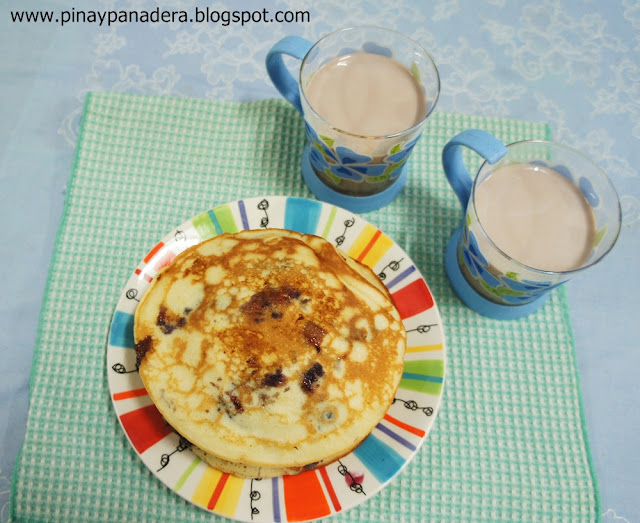 In one city where I lived for 4 years,   I had come to know about  a holiday called Shrove Tuesday, also known as Pancake Day.  The holiday  is observed by many English speaking countries. But what does a pancake have to do with the holiday? This is the explanation  of Wiki Answers:


In European countries like England Shrove Tuesday has major importance. Shrove Tuesday is also known as Pancake Day because it has been a tradition that has been followed to eat rich foods like pancakes. Before engaging in Lenten practices, they prepare themselves by conducting such festivities. On this special day, they serve foods which contain sugar, eggs, butter all of which are ingredients discouraged during a time of fasting such as Lent.


A lot of people I had worked with were from England and Australia but I had heard about it first from my Irish friends. Days before Shrove Tuesday, the lads raved about how Irish people celebrated it back home. My  Irish best friend planned a last-minute party. He asked me to help him host it. He knew about my cooking skills and I was the only rose among the thorns so I knew exactly the area that he needed help with.  Listening to him share his wonderful and happy stories associated with the holiday had made me feel bad for him and others for missing out on things they were supposed to be doing that day. I wanted to help them reduce their homesickness so I agreed to help.  I made the pancake batter good for male-dominated group. Imagine that! Around 15 people came to celebrate with us.  I missed the first 2 hours of the pancake party as I had another appointment that evening. My best friend was the one in-charge of the kitchen. He did most of the frying. When I came back from my previous engagement, there was nothing left for me. I did not mind it though. All that mattered to me was seeing them having the time of their lives. ( That's how much I love you guys!)  Whenever I make pancakes, I think of  my  friends and that great memory  I shared with them on Shrove Tuesday. 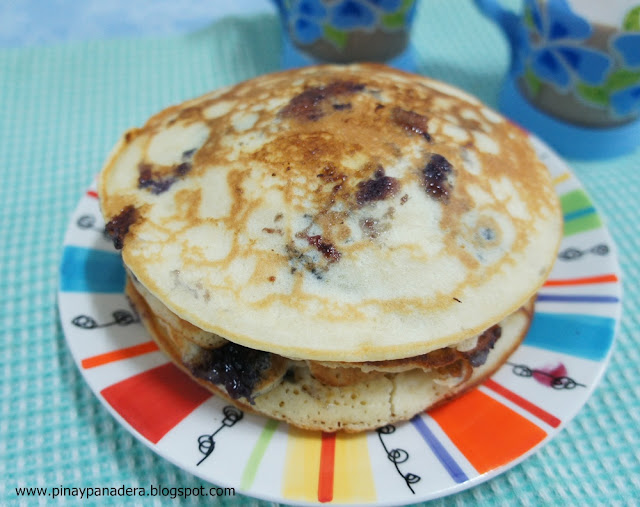 Last Saturday, my sister and I were up early for Sabbath School. With the limited time I had, I managed to whip up pancakes before leaving for church. The recipe was based on the one I got off the internet using the ingredients I had.

In a large bowl, sift together the flour, baking powder, salt and sugar. Make a well in the center and pour in the soy milk, egg and sunflower oil. 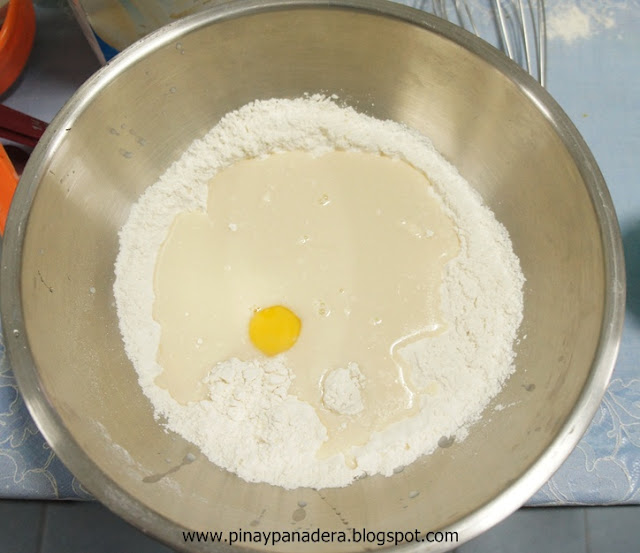 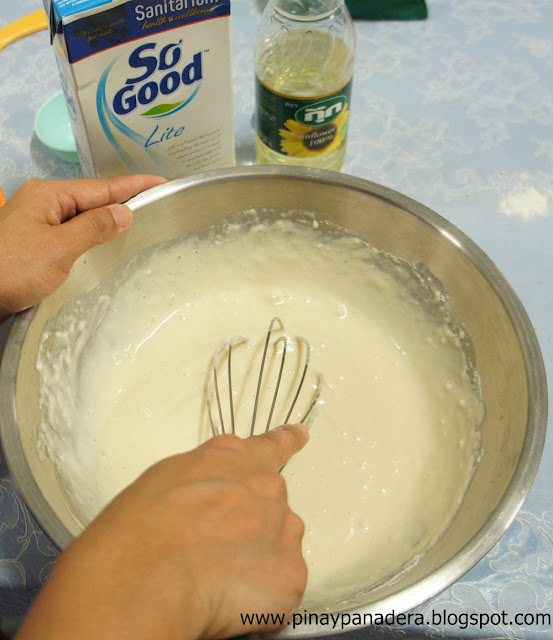 Heat a lightly oiled griddle or frying pan over medium high heat. Pour or scoop the batter onto the pan, using approximately 1/4 cup for each pancake. Drop a dollop of blueberry filling onto the batter as it is frying. 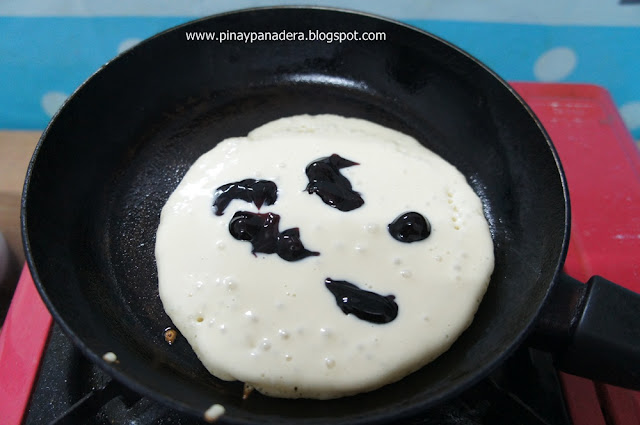 . Brown on both sides. 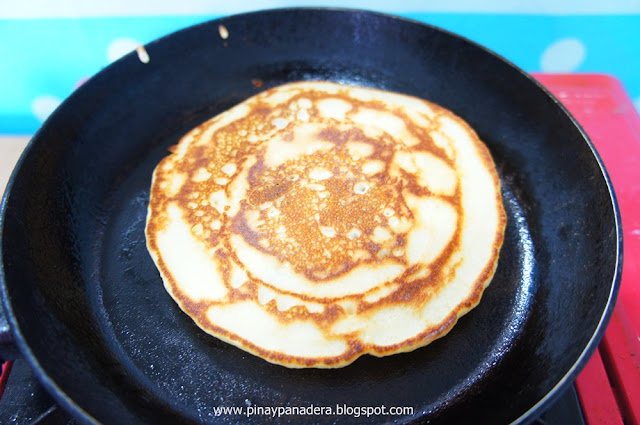 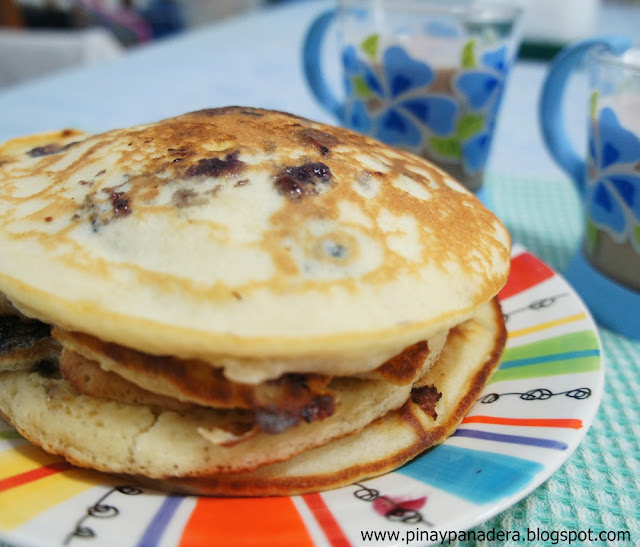