After taking a quick hiatus from hosting Friday night dinner,  I had granted the request of the girls to make  Chinese steamed fish. M was back from her three week holiday in Philippines. Another friend I was finally free from any engagements.Only my cousin J missed our dinner as she's in Indonesia  for the summer break.

I had steamed fish for way too many times in China. I will say it's one of my best loved Chinese dishes. It's easy to make yet wonderfully flavored. 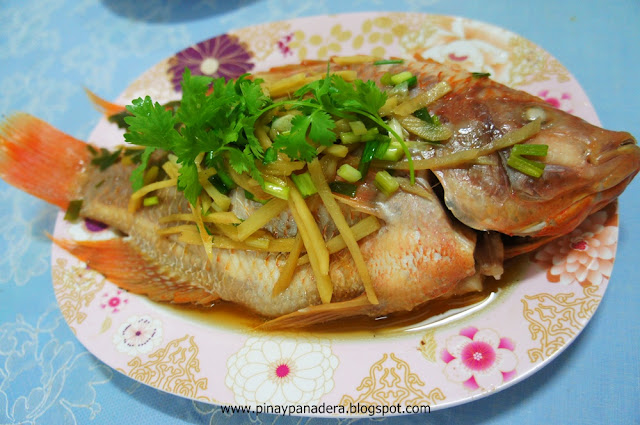 I was not sure how the Chinese steamed fish was done so  I went online to search  for the recipe  in the morning of Friday. I decided to follow rasamalaysia's version of this dish. I browsed her recipe before I turned off the computer and dozed off in the afternoon. When I got up, the internet connection was down. I was so annoyed because I did not copy the recipe before hitting the bed.


I remembered that the recipe called for shaoxing wine (rice wine) but I didn't have any.  I reconstructed it just by throwing stuff together and the sauce came out perfectly.

Since I didn't have the exact amount of the ingredients, everything I put was my approximation. 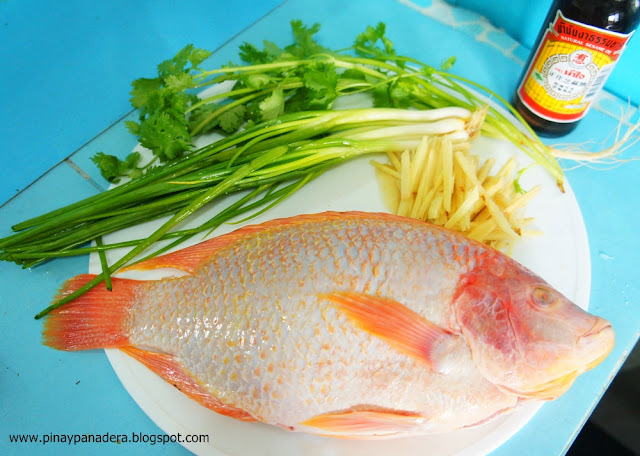 I cooked the fish by guess. Here's how I did it?

In a pan, I poured 2 cups water, just enough for steaming.
I seasoned the water with soy sauce and added sesame oil.
I laid the fish in the pan. I added cilantro and ginger. Then I covered it tightly so no steam would escape.
I steamed it for 10 minutes over medium-hi heat.


I removed the fish from the pan and discarded the water.
I laid it on a serving platter. 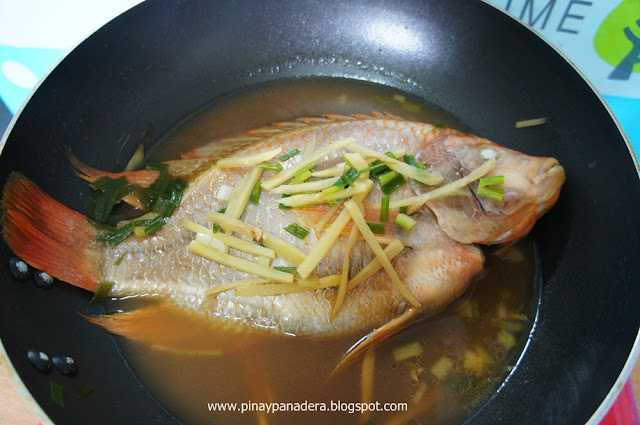 For the sauce, I combined soy sauce, sesame oil, water,salt and white pepper in a pan and heat them up. As soon as the mixture bubbled up, I turned off the heat and poured the sauce over the fish.

When I served it, everyone took their rice bowls. We scooped the sauce and poured it into the rice. Delicious!!! We could eat just the rice and the sauce and be well satisfied. We were already half way through when we discovered that a small part near the head that was not soaked well in the water was a bit undercooked.  We turned the fish over and we were surprised at how well the flesh absorbed the flavor. It was tender and flaky too. After dinner I returned the leftover fish to the pan and cooked it again. A friend ate it all up later in the evening.

Next time I were to do it, I would use the recipe as a guideline. Well, it was a fine dinner we really enjoyed! 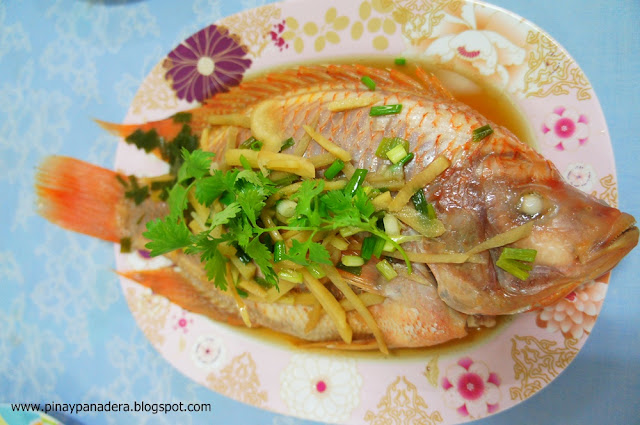 Email ThisBlogThis!Share to TwitterShare to FacebookShare to Pinterest
Labels: Chinese