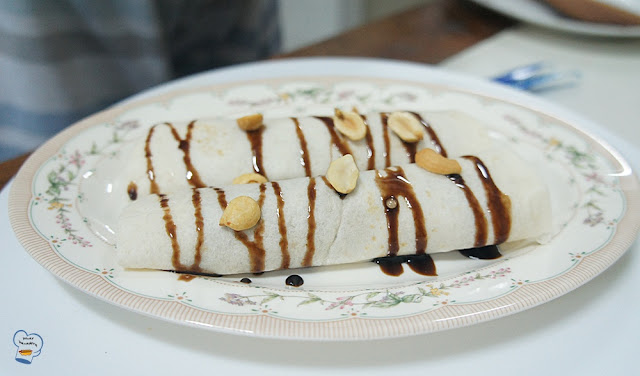 The roasting hot weather of Bangkok and my job are the reasons why I don't cook/bake a lot at home anymore. I work 9 hours a day and spend 3 hours commuting to and fro. Neither me nor my sister wants to deal with heat so we  whip up something quick and easy most of the times. Yesterday, my sister and I came home early from church. We took a nap and when we woke up we felt so hungry. We hadn't done food shopping for a week but we had tortilla stock in the fridge. I rummaged the fridge for whatever I could find and saw carrot, cucumber and  lettuce. Just the right filling for my wraps. I opened a can of tuna, topped the veggies with it and that's what we had for dinner. I was becoming tired of eating the same thing when I saw  bananas. I took the knife, chocolate syrup and announced I would make dessert using the remaining tortillas.

Email ThisBlogThis!Share to TwitterShare to FacebookShare to Pinterest
Labels: Dessert 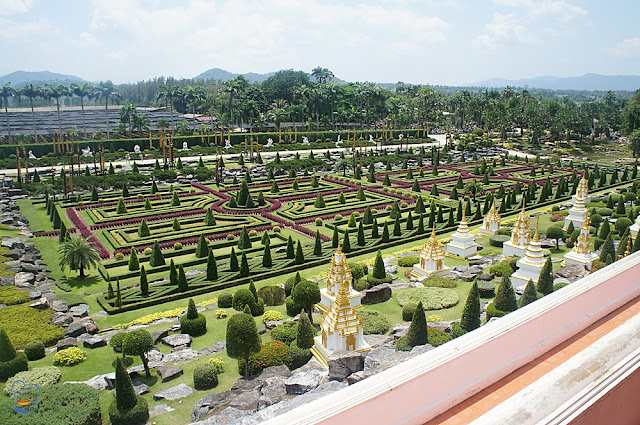 On the last day of the Marianos' trip to Thailand, we rented a van and drove to Pattaya to visit NongNooch Botanical Garden and Resort. Pattaya is  a two-hour drive from Bangkok. Entrance ticket to the garden is Thai Baht 500 each ($16). 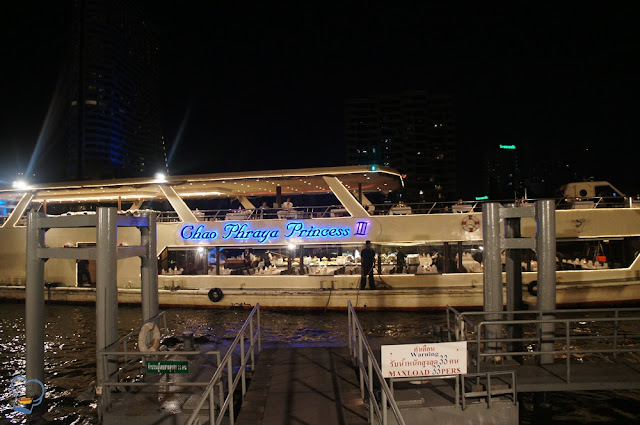 My guests had a pretty hectic schedule. A full day was allotted for sightseeing of  popular Thailand attractions. The nights were reserved for food tripping and shopping.  On the third night, we boarded a luxurious dinner cruise. I have done it several times before but on different boats and I must say I liked Chao Phraya Princess III Dinner Cruise the most. They had a wide selection of delicious Thai, Asian and Western food which I could eat. Just so you know, there's food that I don't eat because of my religion. ( I'm a Seventh-Day Adventist Christian). Also, the fact that the staff gave an efficient and  prompt service to their customers was really impressive.

The Temple of the Emerald Buddha and the Grand Palace Bangkok 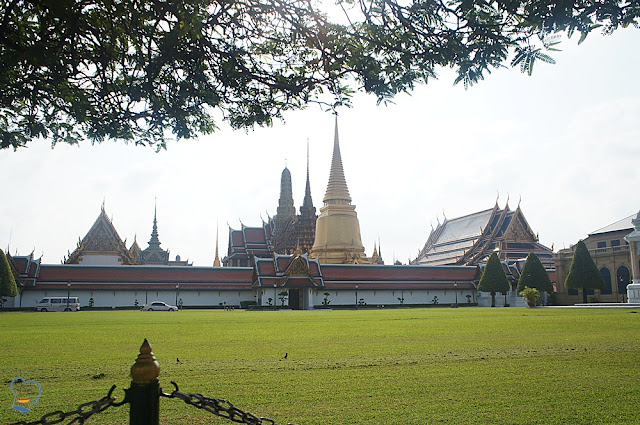 A must-see sight for any travelers to Bangkok is this magnificent Grand Palace and Temple of the Emerald Buddha located at the heart of the city. These complex of buildings are in one compound.  I can't count the number of times I have been there. The entrance ticket has changed several times in the last thirteen years but it's worth the money. This time, my guests and I paid Thai Baht 500 each.(around $16).

Email ThisBlogThis!Share to TwitterShare to FacebookShare to Pinterest
Labels: Temple of the Emerald Buddha, The Grand Palace, Travels, Trips 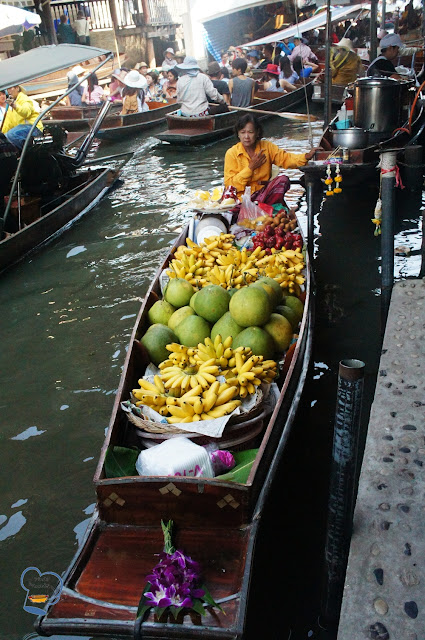 One and a half  hours away from the bustling metropolis is Thailand's most popular floating market. It is located in Damnoen Saduak District in Ratchaburi province, 105 kilometers away from Bangkok. My guests and I joined a guided tour of the floating market. We also went for a walk along the canals. The canals were packed with boats selling fruit and vegetables and local food. The tour cost Thai Baht 1000 per person (around $30). The price includes trip to floating market, buffet lunch and Samphran Elephant ground and zoo. 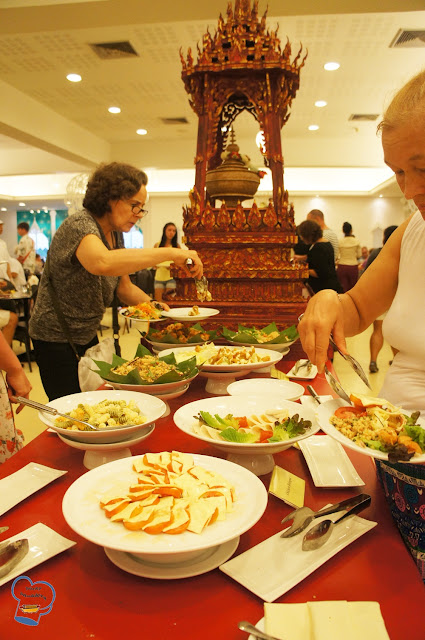 March is a busy month for me. Since I came back from  Laos, I had been planning the trip of some relatives-in-law to Thailand. As their tour guide I want to make sure they get the best experience of their visit to the Land of Smiles. On the day they arrived, I took them to Siam Niramit. It is one of the big budget stage productions in the world showcasing the arts and culture of Thailand.

I booked through a travel agency. Each of us paid Thai Baht 1700 ( $50-60) which include the  cultural show and buffet dinner. Dinner is optional.


It was a long bus ride from Bangkok to Vientianne.  My estimated time of arrival in Laos was 6 in the evening. It was Sunday night and the Thai -Lao Friendship Bridge over Mekong River was busy. Not knowing the new policy  for arriving tourists in Laos and with all the Lao people heading back from a day trip to the nearest Thai city,  it took me ages to pass through the immigration. By the time I got to Talat Sao bus station in Vientianne, it was past 8.  I was famished. 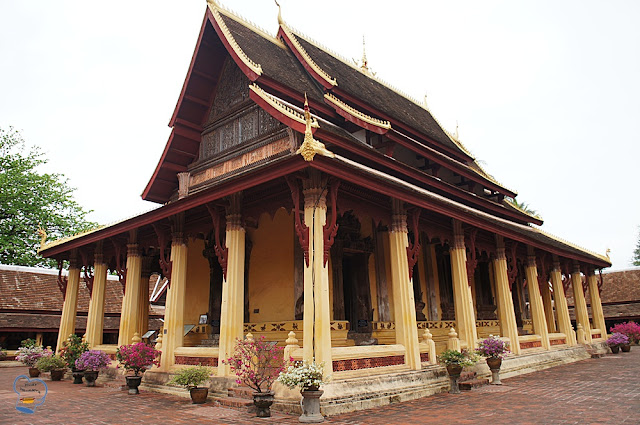 Wat Si Saket was built in 1818 on the orders of King Anouvong (Sethathirath V.) Si is derived from the Sanskrit title of veneration Sri, prefixed to the name of Wat Saket in Bangkok, which was renamed by Anouvong's contemporary, King Rama I. Wat Si Saket was built in the Siamese style of Buddhist architecture, with a surrounding terrace and an ornate five-tiered roof, rather than in the Lao style. This may have kept it safe as the armies of Siam that sacked Vientiane in 1827 used the compound as their Headquarters and lodging place. It may now be the oldest temple still standing in Vientiane. The French restored Wat Si Saket in 1924 and again in 1930. (Source: Wiki)

My friend and I headed to Ho Phra Keo Museum (Temple of the Emerald Buddha) after our descent from Patuxai. The temple was built in 1565 by King Xaisethathirath of Lanexang Kingdom to house the Emerald Buddha. It is situated just across from Wat Si Saket. It is the former royal temple of Lao Monarchy.


My next stop was Patuxai, a war memorial on Lang Xang Avenue in Vientianne. The monument was built to honor those who fought for independence from France. It resembles the Arc de Triomphe in Paris, and hence it is called Patuxai Arch or the Arc de Triomphe of Vientiane.


For Thai visa run, I think Laos is a better alternative than Malaysia. Travel time is shorter and expenses cheaper. I just got back from Laos where I did my  visa renewal. I stayed with a cousin who has lived there for 12 years.  I have been to the country many times before but I had never really got to see what Laos has to offer. My cousin's boyfriend who is an amateur photographer volunteered to take me around. After submitting necessary documents for visa application at the Royal Thai Embassy, I hopped on his motorcycle and we visited some of Vientianne's tourist areas.

Getting the hang of making fruit tarts 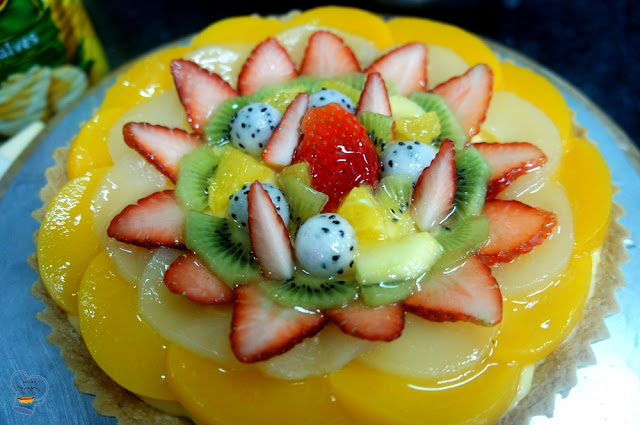 I had no basic knowledge of  fruit tart before going to pastry school. I learned making it from scratch during my basic course at the culinary school.  I dealt with it apprehensively. From making the pastry crust to arranging the fruit on top, I felt overwhelmingly scared. I think it was because I wanted to have a nice looking fruit tart to present to the chef at practical but my tart fell short of his expectations most of the times. Whenever he saw my being unhappy with the result and grading, he would tap my shoulder and say I'd be able to make perfect fruit tarts eventually. But ONLY if I practice often.