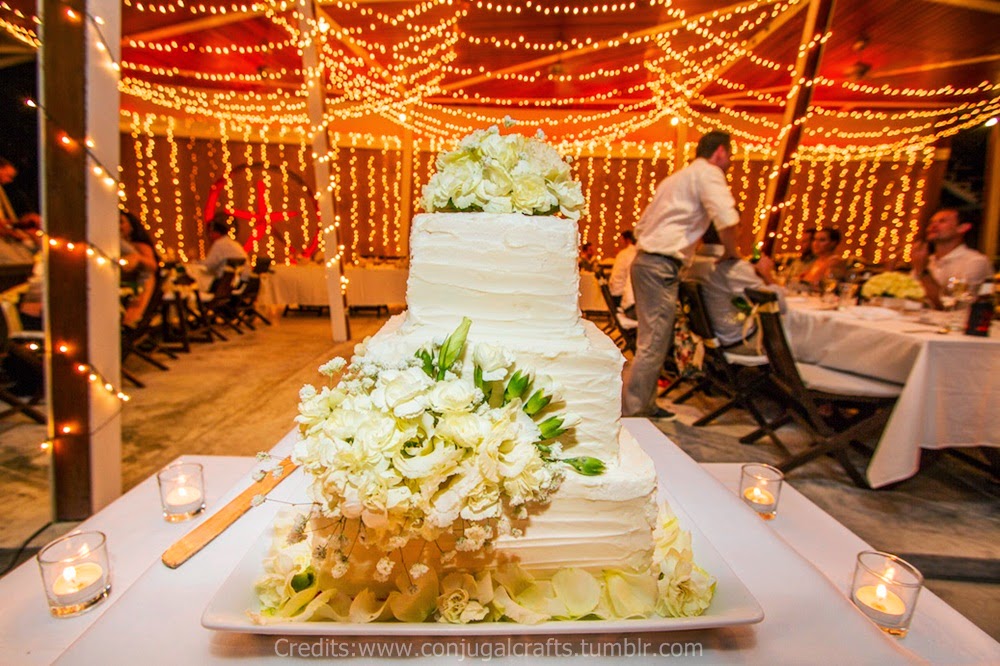 Before I left for my holiday I was already informed what cake I would make for a wedding which was scheduled in late June. The couple liked the pale pink rustic round wedding cake I made a month early. The bride wanted similar design. She requested a square white chocolate mud cake in white butter icing. Easy but since I got back, the resort's occupancy has doubled. Meeting the demands is unbelievably difficult for me because I work alone. Given the amount of work I do now, I decided to  bake ahead so I could give myself time to fix whatever goes wrong.

I baked the cake a couple days in advance. Nothing went wrong.  I was quite happy I made the exact calculation for the needed portion. It is a pain in the neck when the yield is less than what you need and you have to do everything again from scaling the ingredients to baking. I chilled the cake overnight as it is easier to work with it when cold.  I did the icing and stacking  a day early. The flowers were added right before serving. 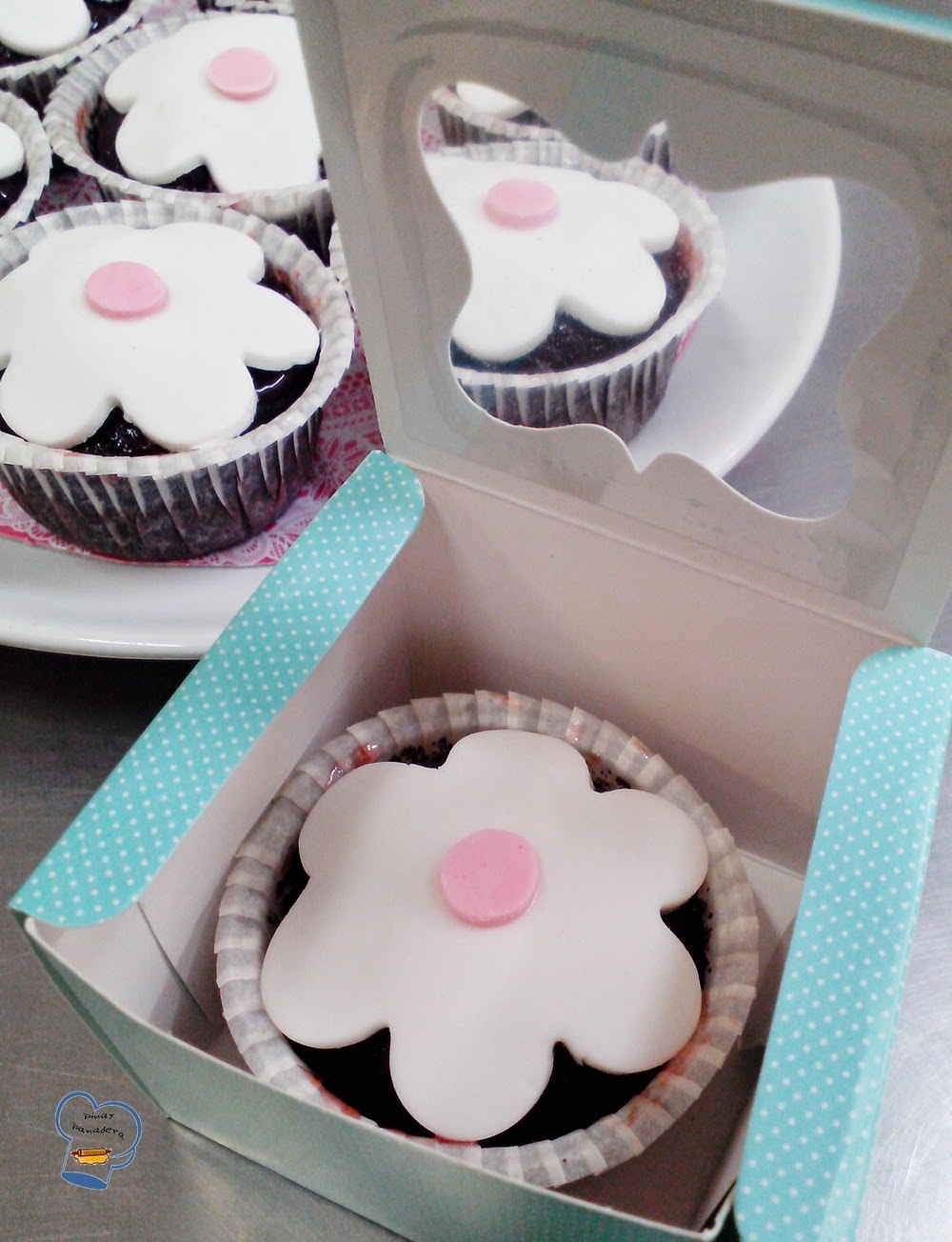 The  weddings past had left me a good amount of fondant trimmings. I might as well use it before it goes past its prime. And that's what I did. I made chocolate cupcake for turn down service the other day.  The cupcake was plain and boring. I had plenty of time to spare so I turned the simple cupcake to a perfect treat. 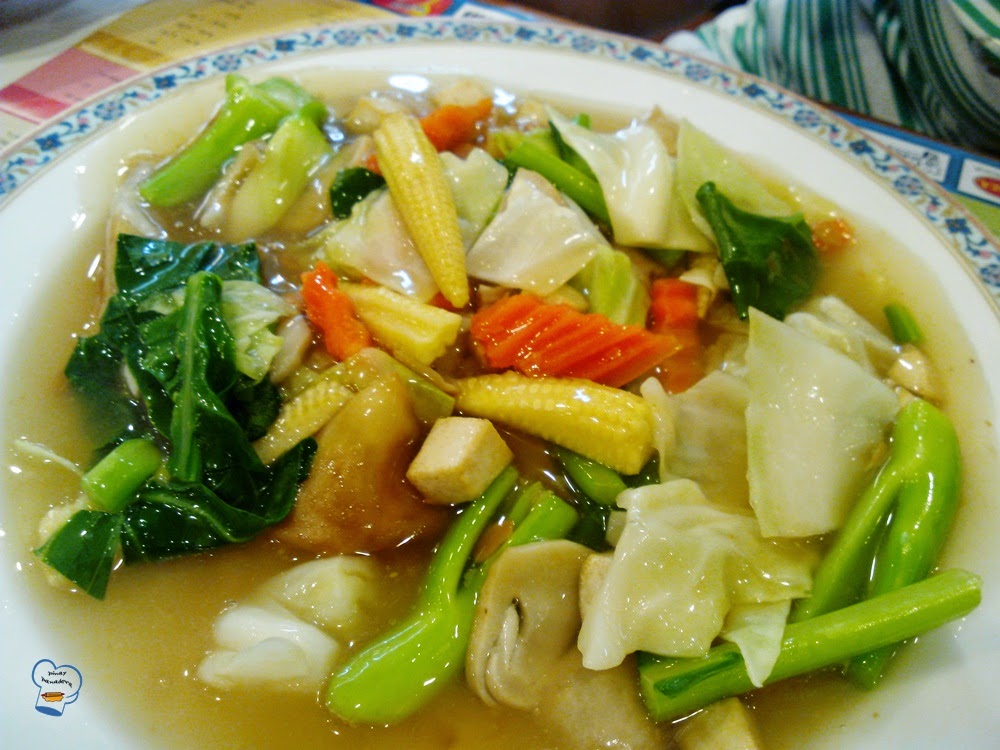 One evening, my cousin, my sister and I decided to get our hair cut done together. The result was better than what we had expected and it set us in  a very good mood. We wanted to enjoy the night to the fullest so we agreed to go to one of the restaurants we frequent to celebrate. Tok Lae Dee is owned and operated by Foodland Supermarket Company. We went to its branch on Ladprao Road. The restaurant occupies a small area  at the supermarket. No matter what time of the day we go, it is always full of hungry patrons. They serve excellent Thai dishes made from the freshest ingredients. The service is fast and efficient.. The staff are attentive. They always make sure the customers get pampered on every visit. And the price? Cheap. 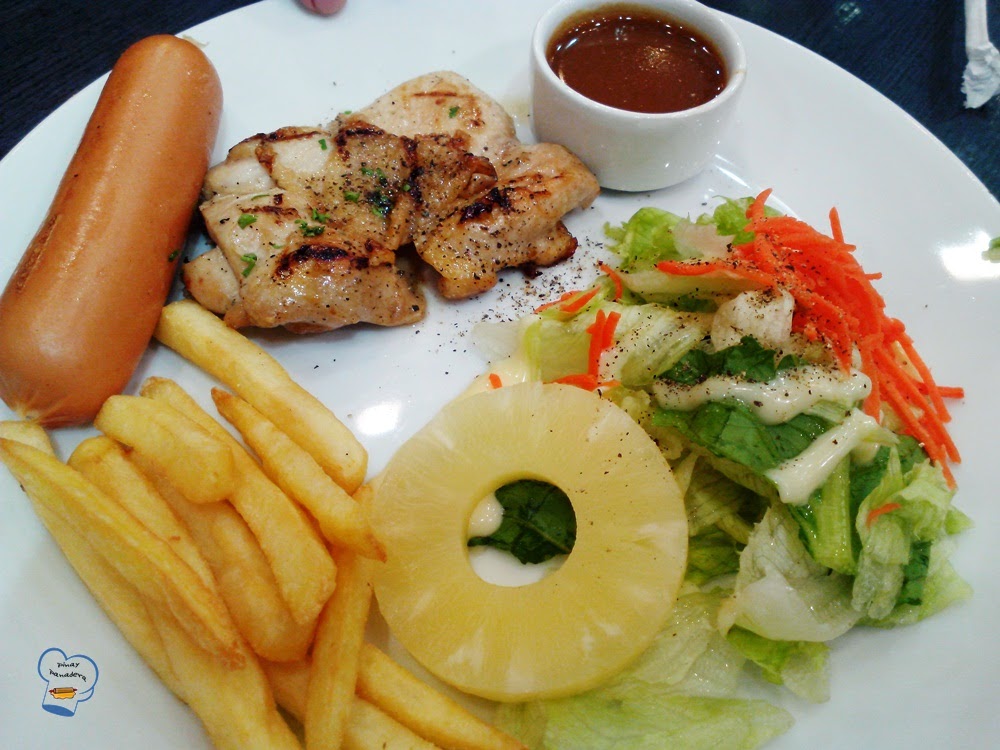 Since I got back in Bangkok, my family and friends were busy planning where to eat our next meal. Sometimes, my sister would just tell me not to bother cooking because we were going out to have dinner. There were times when I would get a text message from friends inviting me and the girls to eat together. I rarely go out on the island because I'm either too exhausted or uninterested. When I commented that we ate out a lot, they said they wanted me to have the time of my life because I had missed out on a lot of happenings. SWEET. I am blessed to have family and friends who truly care.

One time, I was in the middle of making a rainbow loom band when I heard a prompting on my phone. I went to check what the message was. It was from my sister. She, a cousin and a friend had just finished exercising. She asked me to get dressed and to meet them at the gym. I knew what she meant. The gym is located on the top floor of a shopping mall where many restaurants are also located. I got to the mall. I sent a text message saying I would be at the waiting area in front of the cinema. Only a few minutes later, they came. They announced we're eating together.  Since I was the visitor,they let me choose the restaurant but I said anywhere would do. A fried suggested Santa Fe. It has no branch on the island where I live.  We dined at the restaurant several times in the past. The food is decent and the price is affordable. And it was right in front of us. We were all hungry so why be choosy. Off we went. 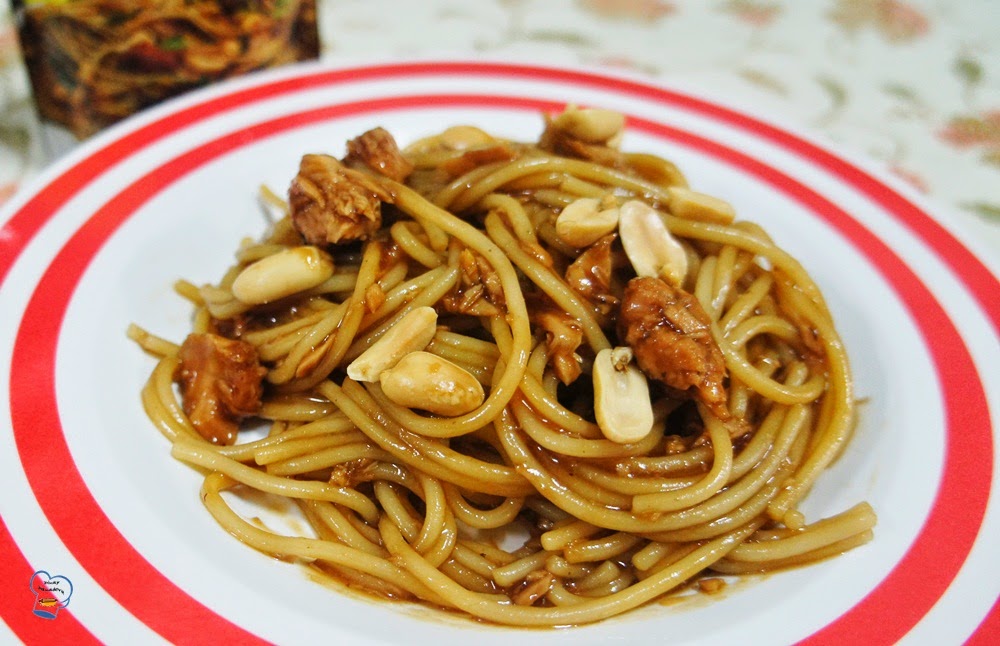 One of the many products my sister brought back from her trip to Philippines in April is Marca Pina's Soyaghetti. It's a soya-based sweet style pasta sauce. It reminds me of a certain Chinese dish that I have come to love. I can't remember the name though. I haven't had it for ages but with just one taste, it brought me back to my glory days in China.

My sister bought just one pack.  I had to try it before returning to the island so I used the sauce when my sister requested  pasta for dinner one time. We normally cook more than enough food in case someone pays us a surprise visit. I cooked pasta good for three to four people, around 250 grams . 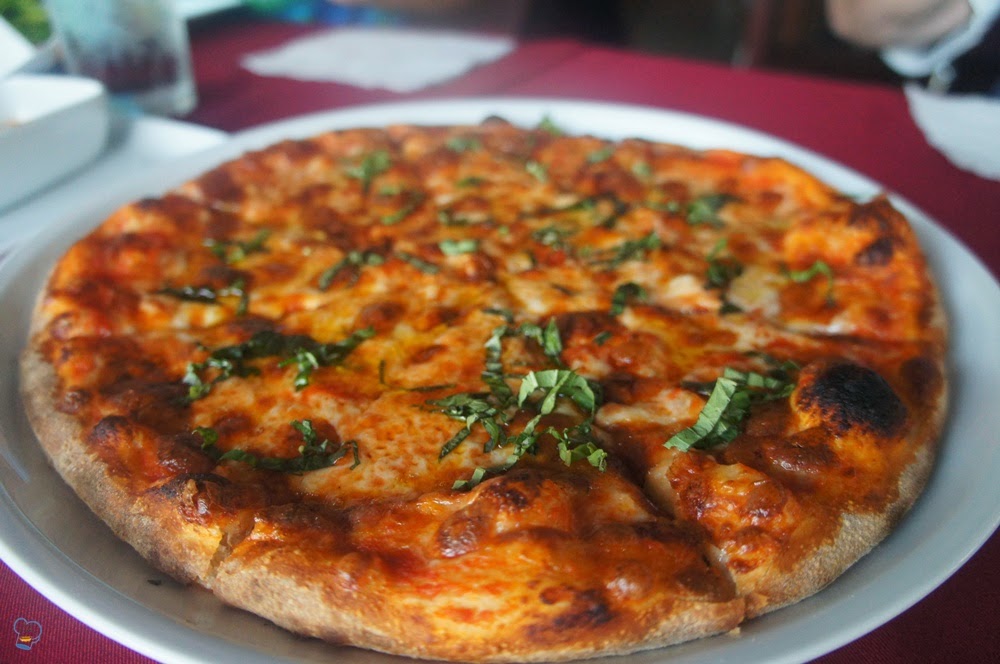 I made a timely return to Bangkok for two important occasions. One was to attend NIVA International Kindergarten graduation, the other was to join a family friend's birthday celebration. There was two-day interval between the two but I was booked up even on the day in between. I was out feasting on Friday - partaking food of all sorts after the graduation and continuing with Jan Boy's dinner treat.  The feast continued on Saturday at a friend's condo.  On the day of the birthday dinner, I had light breakfast, skipped in-between meals and avoided heavy lunch so I could make room for yet another wonderful meal. I was glad I made the decision. Otherwise I would not enjoy a feast of pizza and pasta. Two of my favorites! 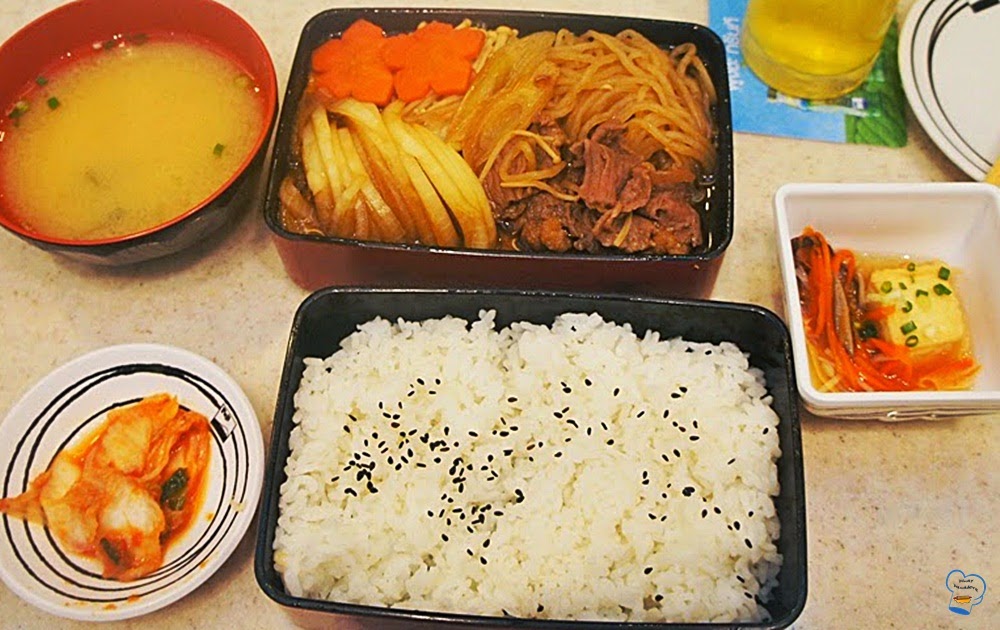 A friend's son who was also a student of my sister graduated from kindergarten. To celebrate an important milestone in her only child's life, she invited close friends for a meal at Fuji Japanese Restaurant. My family and circle of friends are frequent diners at the restaurant. We like it for its extensive selection of Japanese dishes at very affordable prices.

Home-cooked Meals Are Always The Best 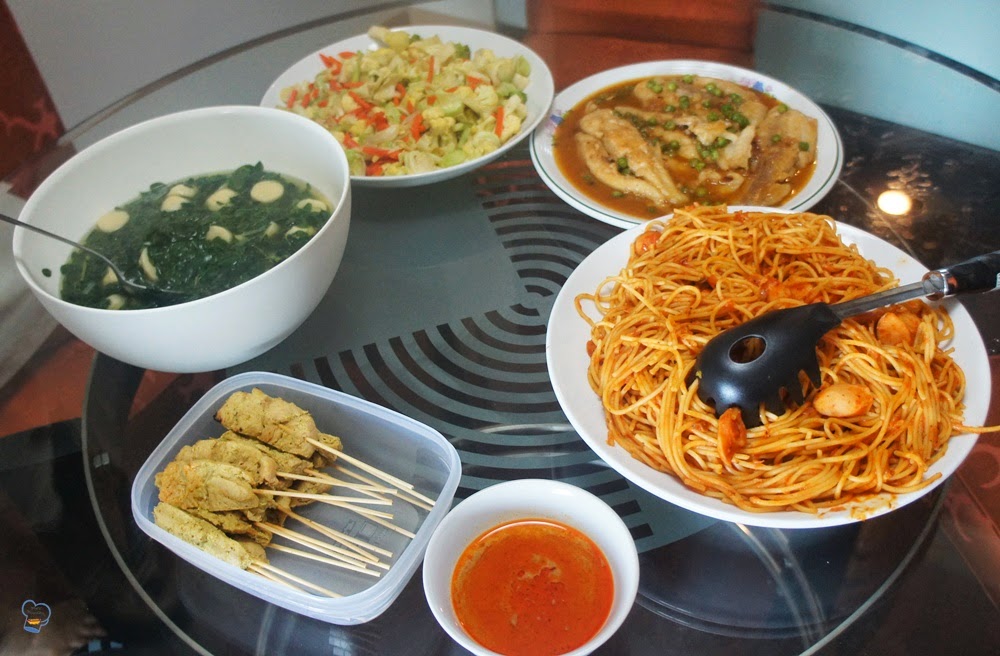 A family friend hosted a home cooked meal when I went to her condo for a visit. She had been away for months. She only got back from America not too long ago but I hadn't seen her since she arrived. When she learned about my plan to come back to Bangkok for a holiday, she invited my family over for dinner. Living on the island and working long hours had deprived me of good home-cooked dishes. I wouldn't turn down such an invitation from an excellent cook so me, my sister and other relatives went. 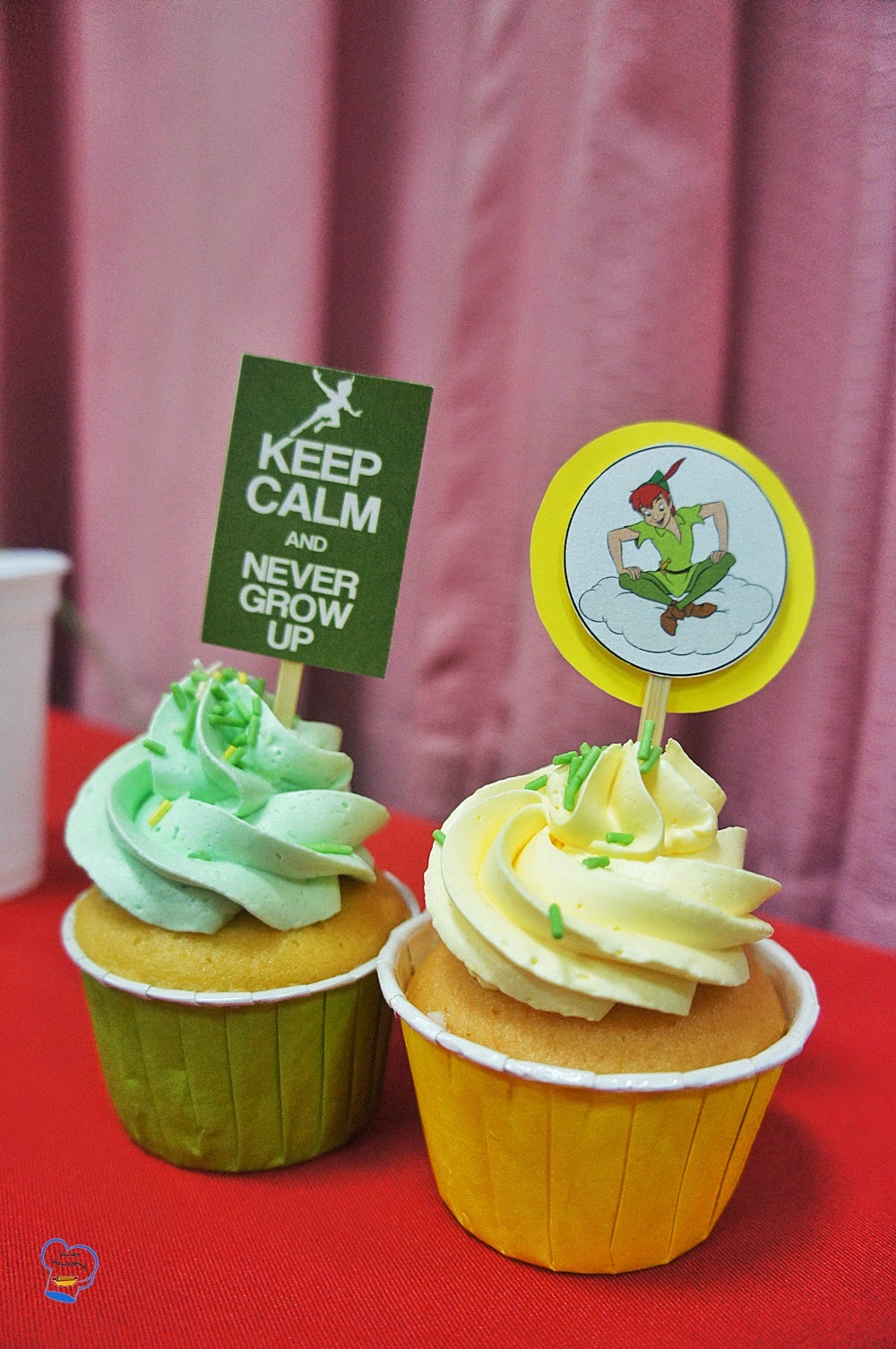 I flew into Bangkok in time for NIVA International Kindergarten Graduation. I have missed the hustle and bustle of the city. I'm glad to be back and be able to watch the kids graduate from kindergarten. NIS graduation is so important for my sister who is  K-3 Homeroom teacher. I came to show support as it is her big day. And as usual to do my part as the photographer. :) 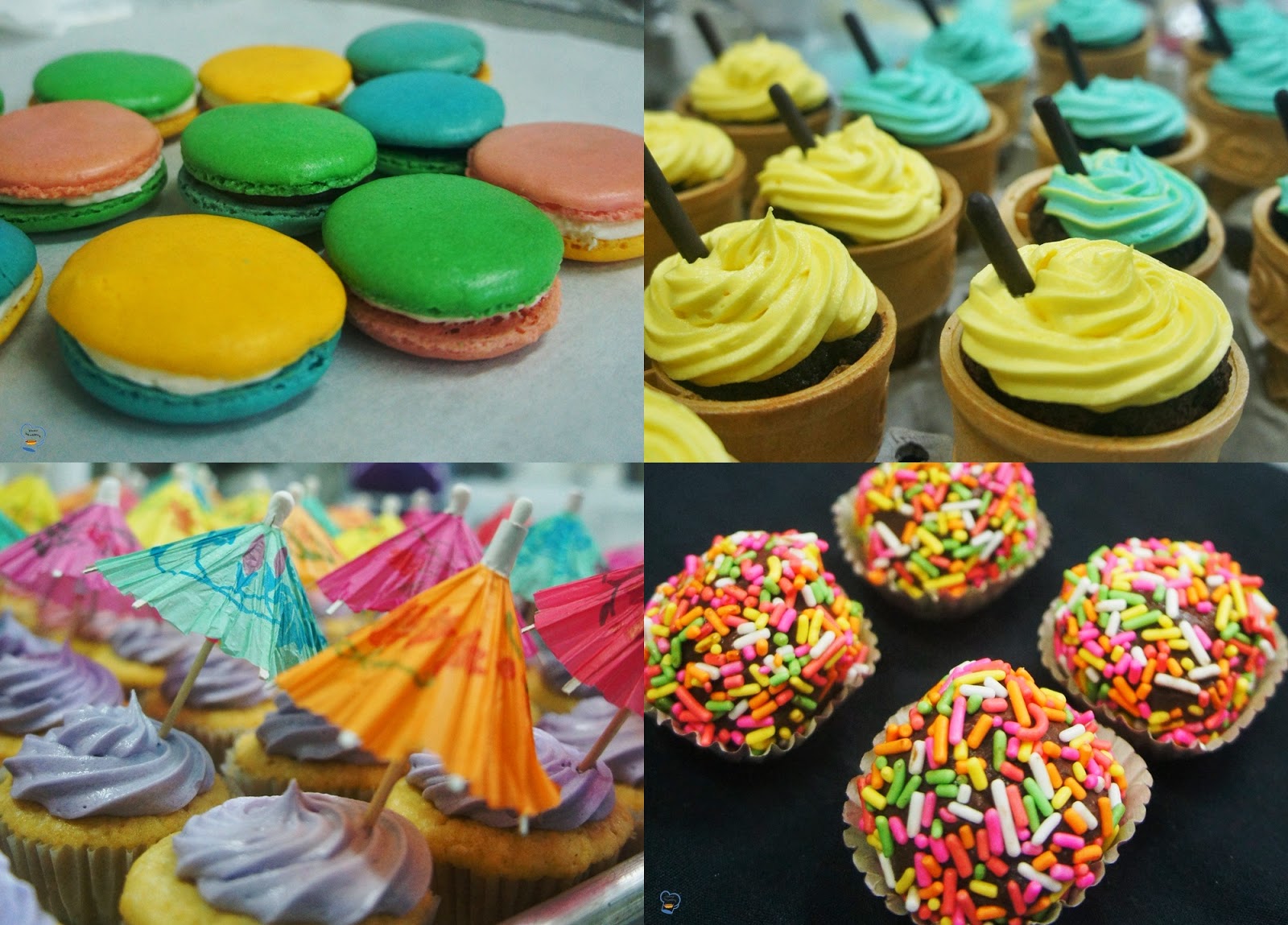 I must admit I've been slow these days. Other than keeping up with the guests' demands, I'd been spending a lot of time planning for the treats I made for a colleague's wedding in May. I'm friends with the groom so I offered to make the couple's wedding cake but the bride preferred having a dessert table at the wedding.Well, I said dessert table it is. I got the list and pictures of the desserts they wanted and  they requested for them to be nice and colorful. The idea was to have treats that would remind the couple and their guests about summer picnics back in their home country in England.