There's a French film called Comme un chef ( The Chef) I have seen recently. I loved the plot, the characters and best of all - the mouth watering food!  Just looking at those beautiful dishes in the movie made me drool. It not only inspired my adventurous spirit for food but also  roused up my  cravings for  fine dining gourmet food. I wished I could  just get dressed and leave  to satisfy my cravings but I couldn't as there was a cake baking in the oven that moment.

Friday night dinner menu  was planned. All I did was give the dishes a little  twist to turn them into  an impressive meal. I served baked salmon, mashed potatoes and salad. My sis and friends were delighted for giving them a break from eating Asian food. When the girls are happy, their personal chef is happy. 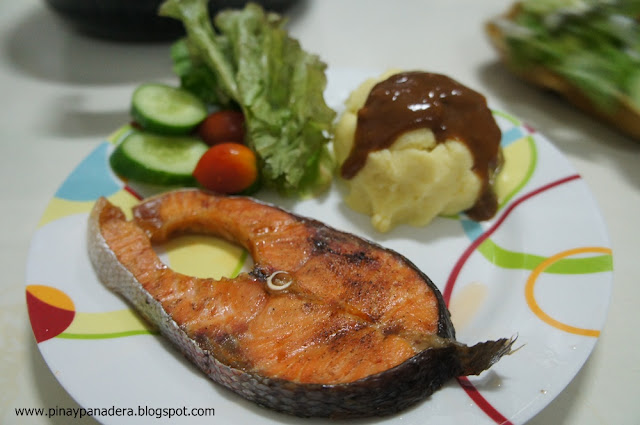 I washed, peeled and cut  potatoes into cubes. I placed them in a pot filled with water. I added salt before putting the lid on.  I boiled the potatoes until they were tender. 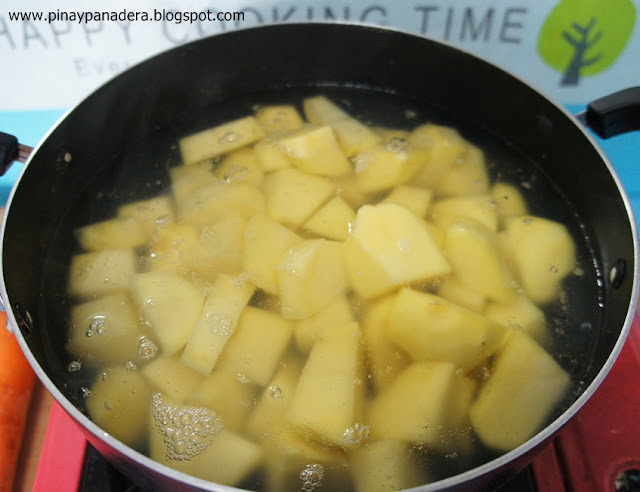 I stick a pairing knife to check if the potatoes were cooked. When the knife went through easily, it meant the potatoes were done. I removed them from heat, poured into a colander and drained all the water. I then transferred them into a bowl. I added butter into the hot potato cubes and mashed them. While mashing, I added half and half, salt and nutmeg to taste. 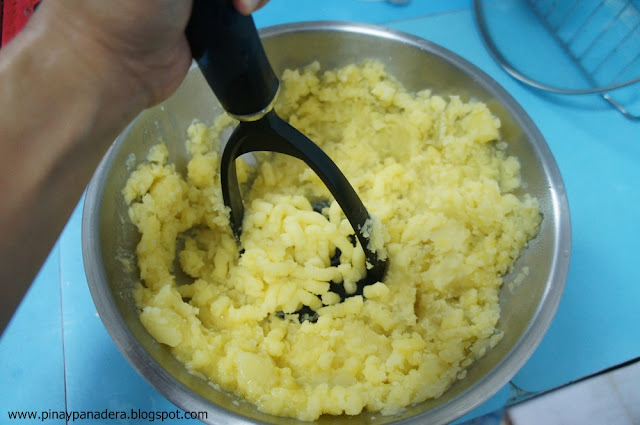 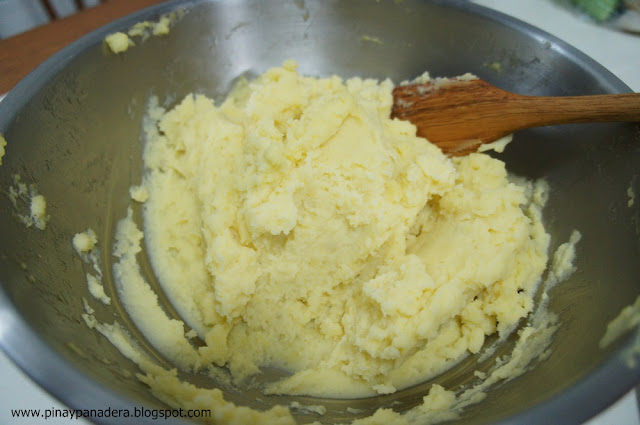 I made the gravy according to the instruction.

I lined a baking pan with aluminum foil. I placed the salmon fillets  in the baking pan. I smeared them with olive oil and seasoned them with salt and pepper. They went into the oven set at 200 Degrees Celcius. I baked them for 25 minutes. 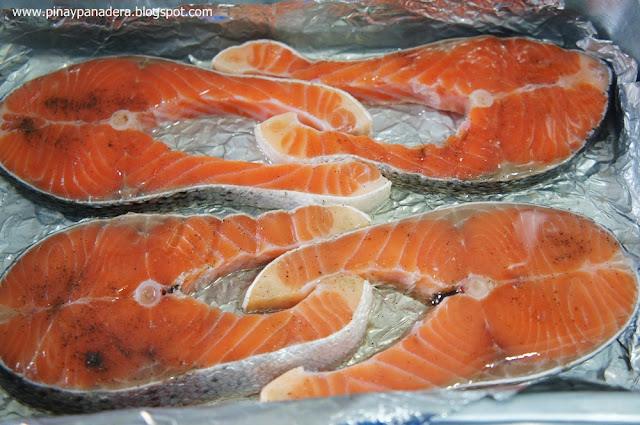 While the salmon was baking, I was decorating a mermaid cake for a friend's daughter. I must have overcooked them as the salmon were dry. 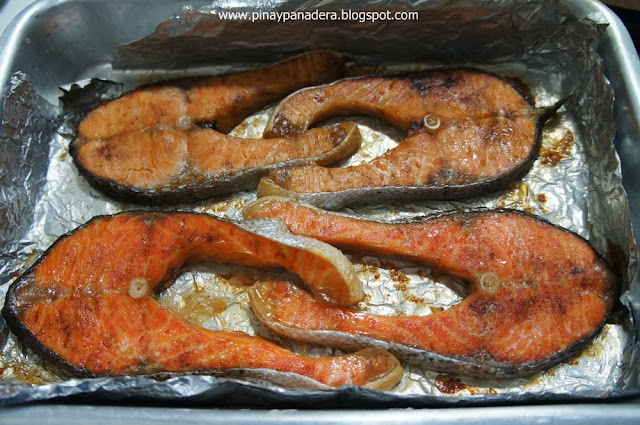 For the salad, I asked the girls to toss it. It's  made from cucumber, cherry tomatoes and leafy greens.We ate it with  garlic salad dressing.

There were no complaints about the salmon from my sis and the girls though. We enjoyed a hearty gourmet- like dinner that evening. 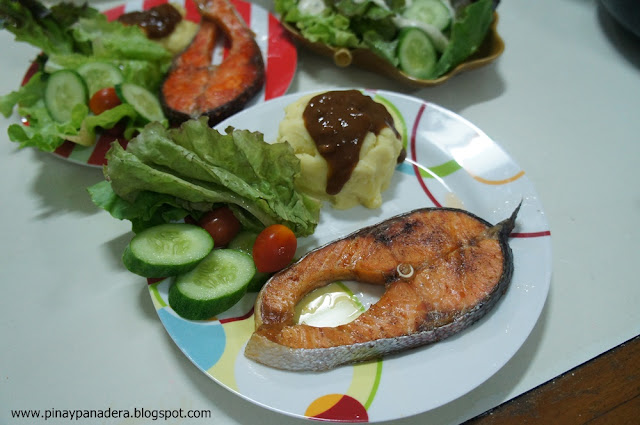 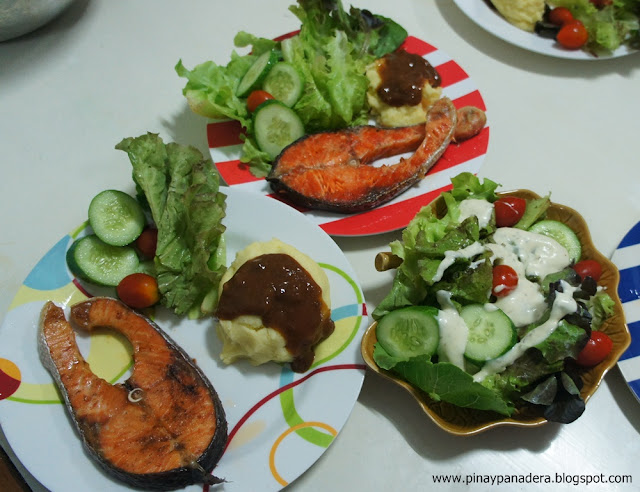