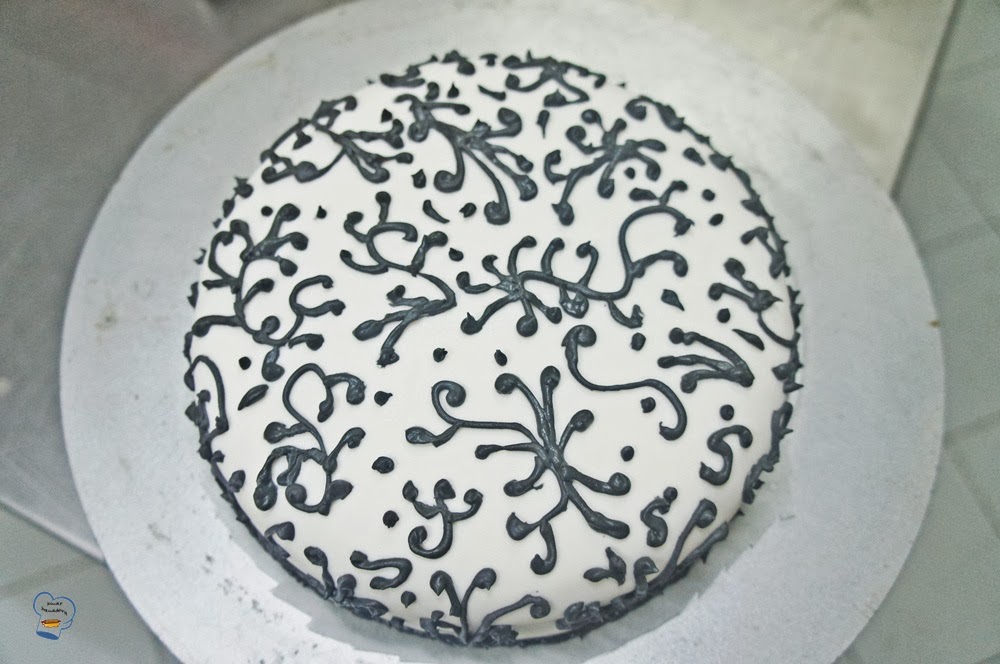 Summer wedding season is just around the corner. The resort's first wedding of the year  will be in a few weeks time. To see if I could make a fondant covered cake the way the bride intended, my boss asked me to do a trial run of  square and round cakes. She wanted white cake accented with a ribbon and  the other with some designs piped on the surface.  I settled on vanilla sponge cake which was easy and quick to whip up. I  iced the cakes with vanilla butter cream and covered them with white fondant.


For the round cake, I decided to go with scrolls. I had only done scroll piping twice in the past and that was ages ago. Now is my chance to regain my piping skills. It took me a long time to decide between butter cream and royal icing for the scrolls. I had not worked with the latter before. Well, it was a trial run, I'd better tackle the challenges now than later.  I wanted to use jet black for the scrolls. I knew it would look great against a white background. I tinted the royal icing with black . I added the color a few times but couldn't come up with the exact shade I wanted. I have not tried  all colors. I am still in the process of experimenting with them.  I thought adding a bit of copper could do the trick. Instead my royal icing turned  grey. At least the shade was close. Another mistake I made was not getting the right consistency of the icing. I think I made it too early and left it sitting in the counter uncovered for hours. By the time I used it, it was already thick. It made it difficult to pipe. As a result, my scrolls were uneven. Not happy about it. 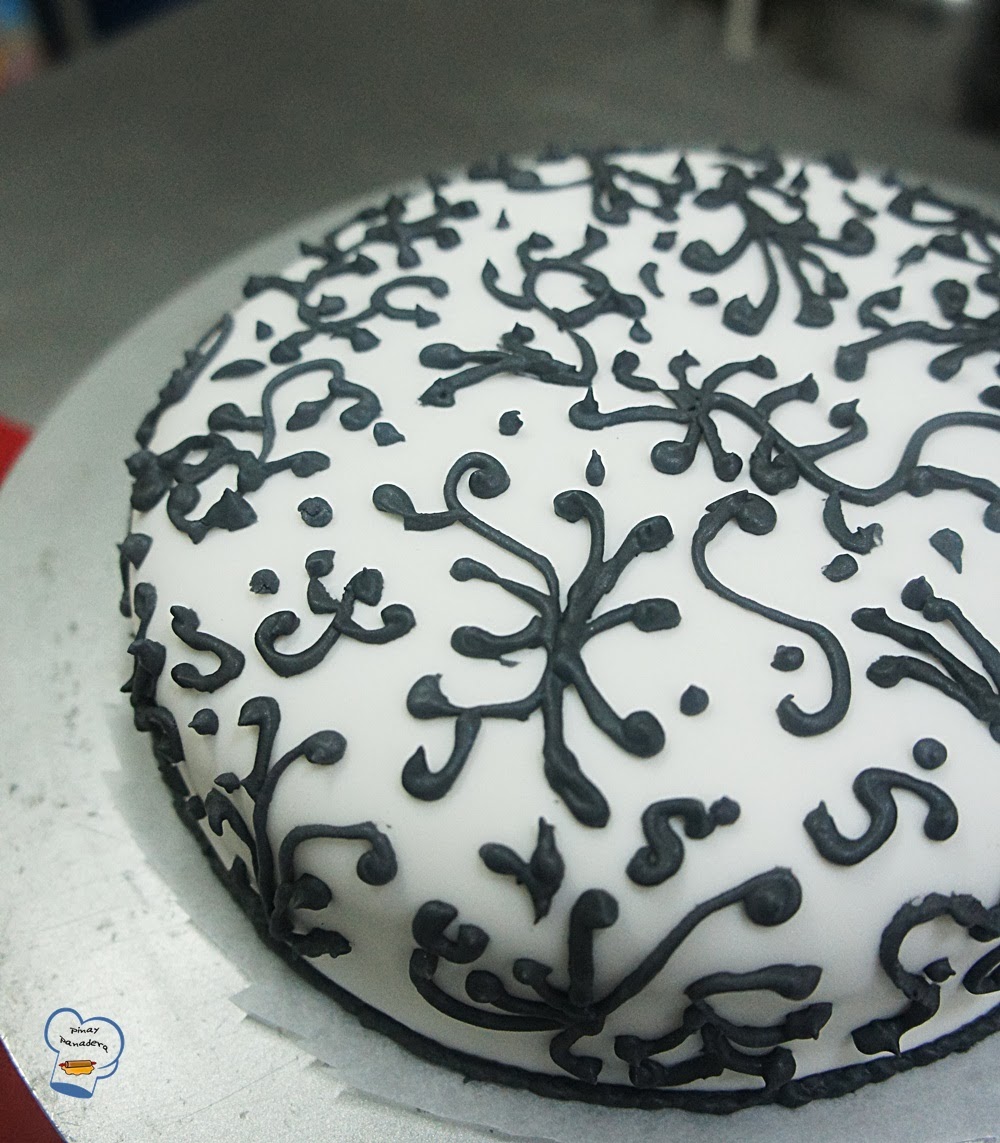 The square cake was an easy one. After covering it with fondant, I used the trimmings to make a ribbon and bow. I added ribbon around the base and a bow in front. Happy with this one. 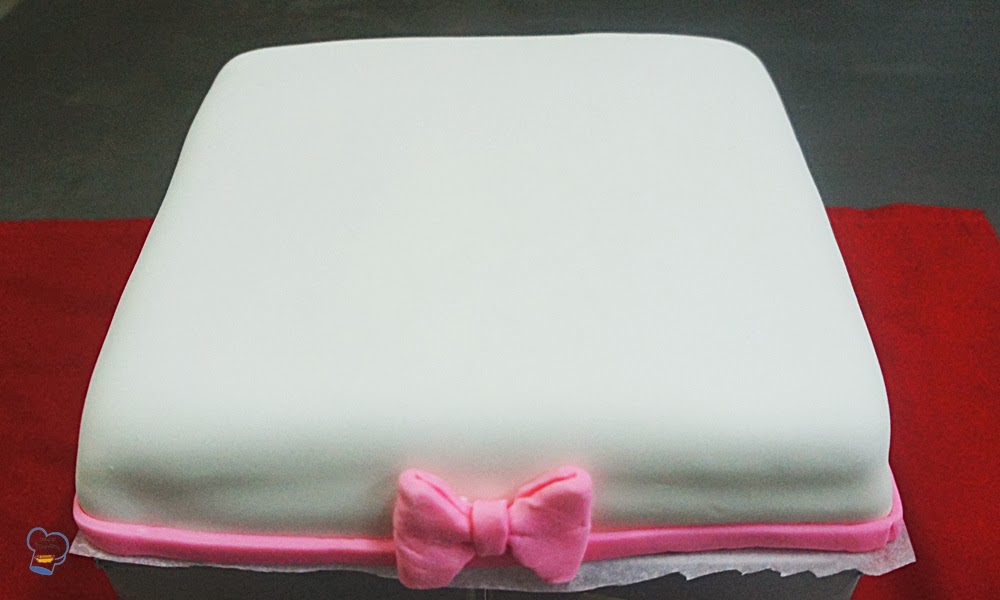