My weekend was full of food, fun and laughter. I had never been this busy on a weekend for ages. I attended two events on Saturday. One was the Thanksgiving dinner a friend hosted. The other one was the ASEAN Football Federation Suzuki Cup 2012 held at Rajamangala National Stadium.

On Saturday I went to a Thanksgiving celebration at a friend's house.  Mark's family has the tradition to throw a Thanksgiving potluck for all their friends, former Thai students and colleagues every year.  He invited me a few weeks back. It's been a while since my last Thanksgiving so I did not refuse the invitation.

It was a potluck dinner held at Mark's residence. Every one/group showed up with a dish or dessert. My two friends and I brought pumpkin pie. Mark roasted  turkey. He also prepared bean salsa and a cabbage dish. His former Thai students had never had roast turkey so they were all excited to try it. When the turkey was served , the irresistible aroma filled the air and his former students were the first to gather round the dining table to get their share. 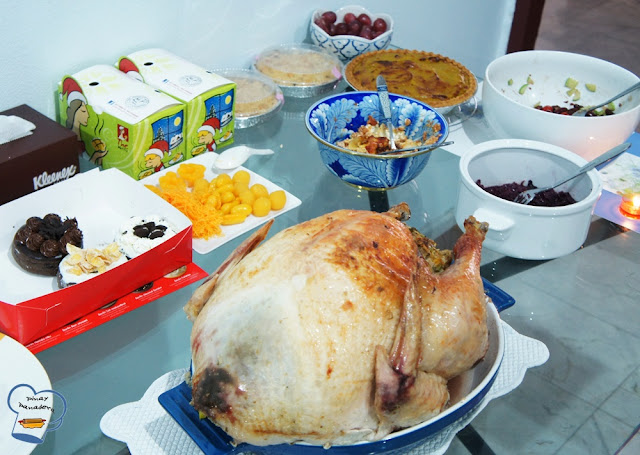 Bean salsa Mark prepared. I liked the balance of flavor and color. I will surely reconstruct this at home. 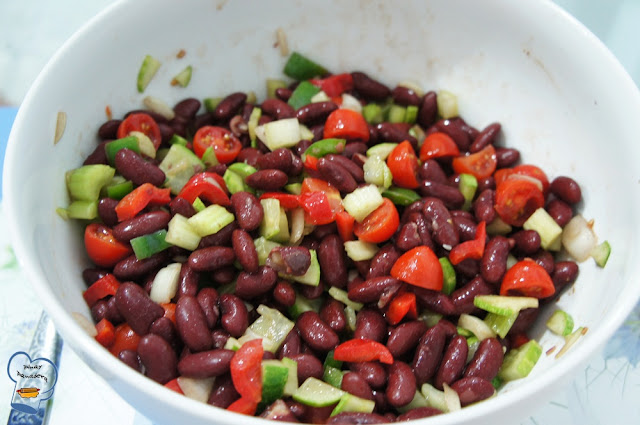 I forgot to ask the name of this dish with a buttery taste. 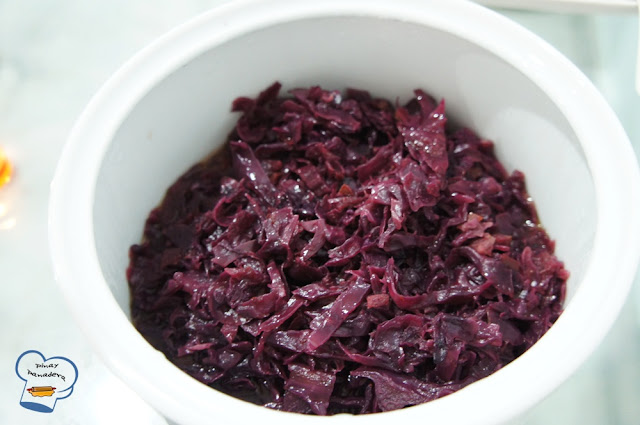 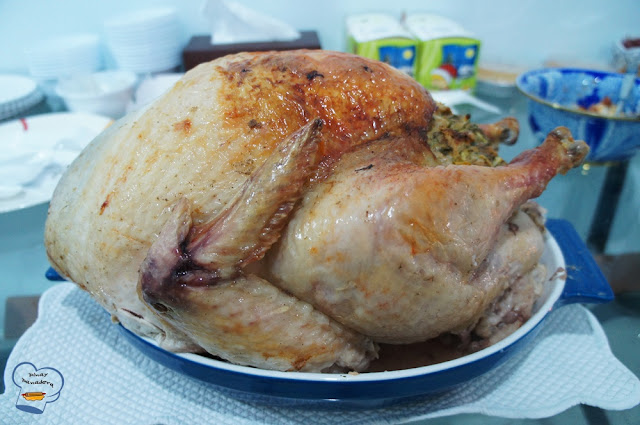 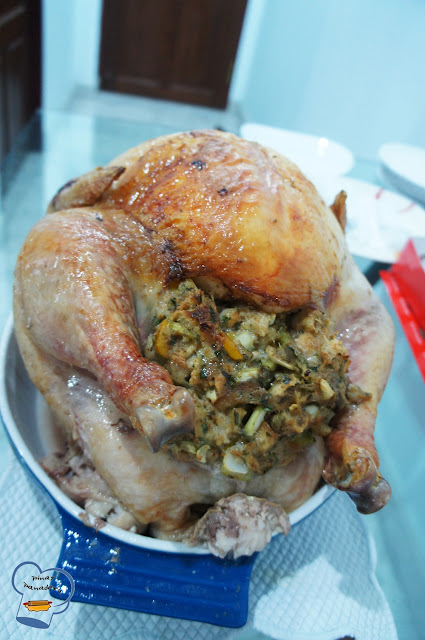 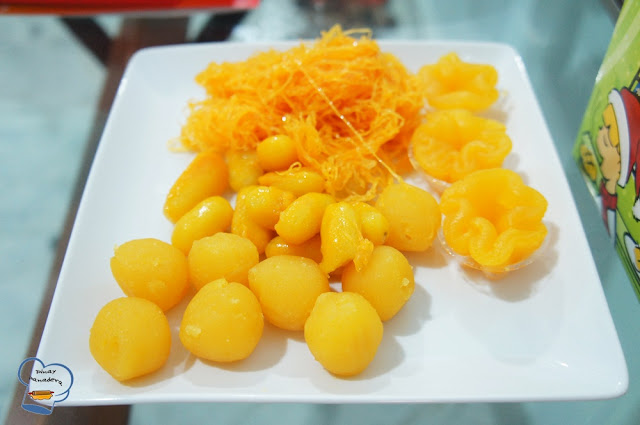 Another pumpkin pie brought by Mark's American colleague and his wife. 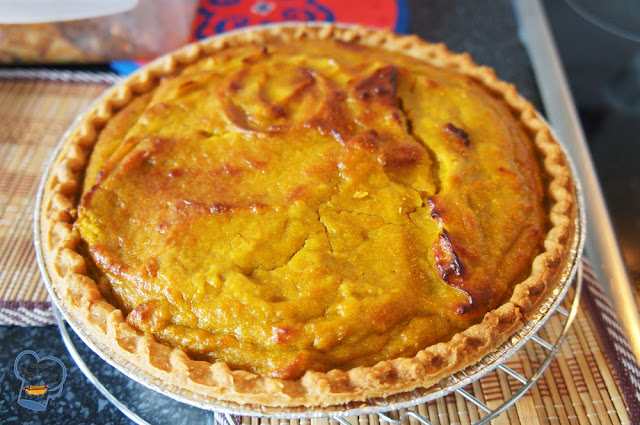 Another sweet treat Mark's former students brought to the potluck. 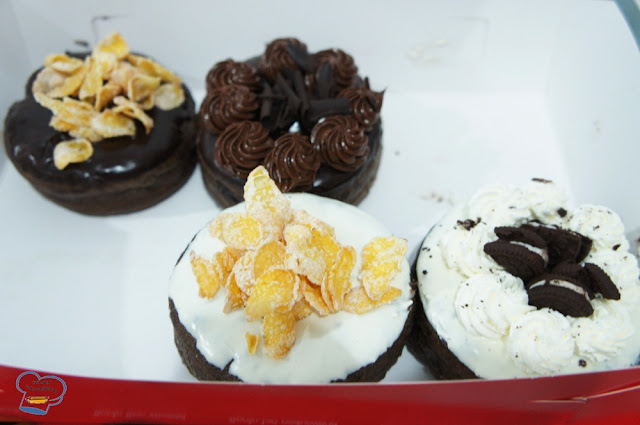 Our simple Thanksgiving dinner. My pumpkin pie/tart is the big, rectangular one. 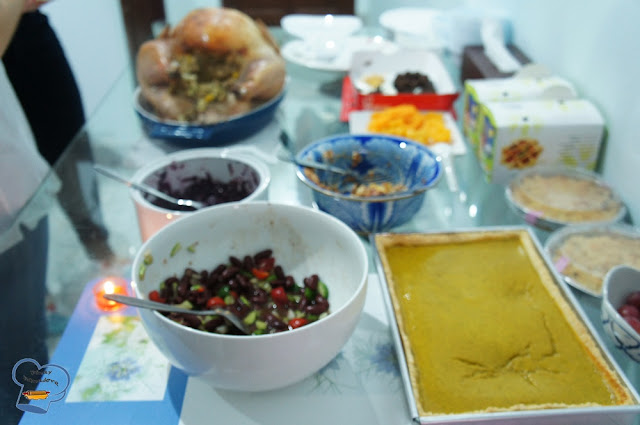 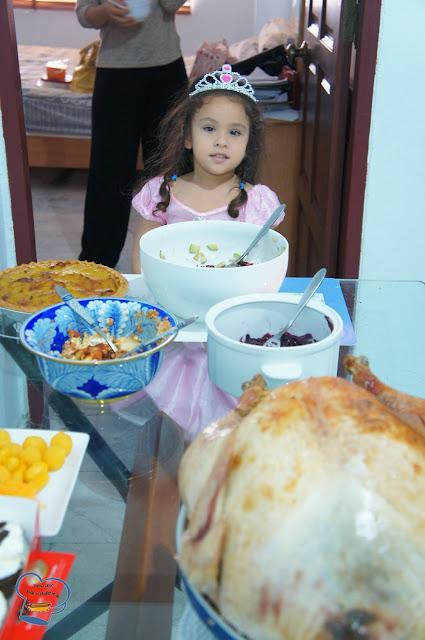 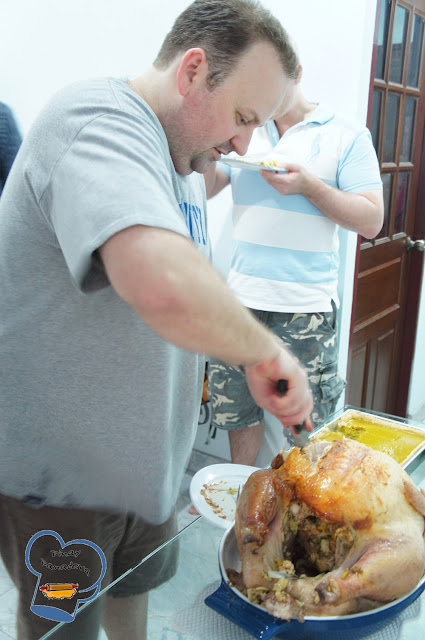 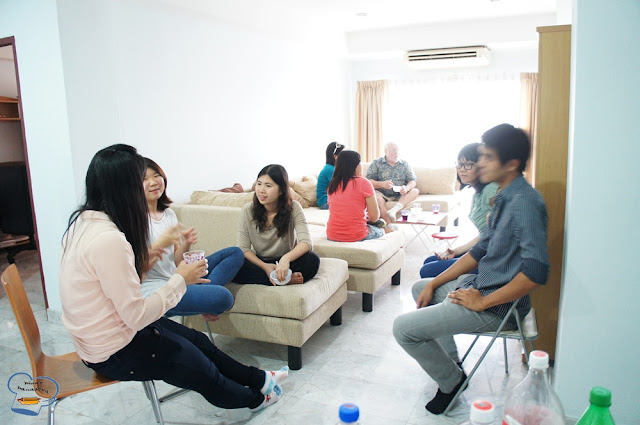 A gathering of three nations. 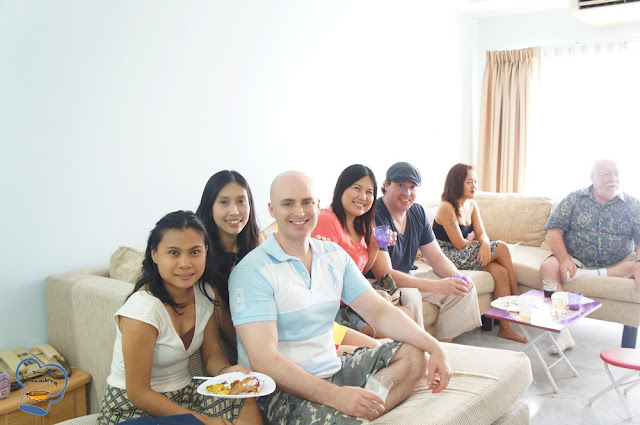 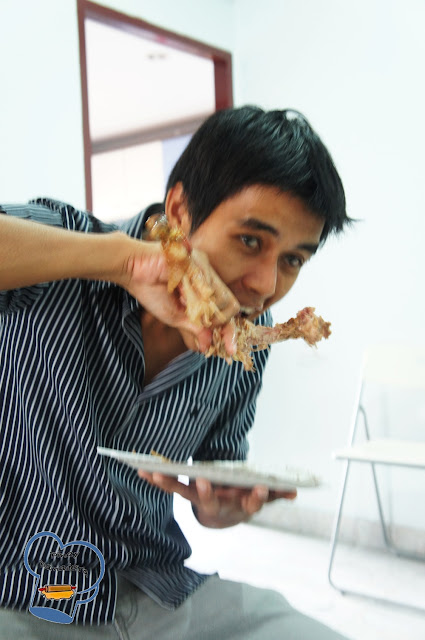 I didn't stay long at Mark's  as I had another engagement that evening. I went home to rest for a bit. Shortly after I woke up from a quick nap, my sister, cousin and I left again for the SUZUKI Cup.  The Philippines was playing against Thailand. 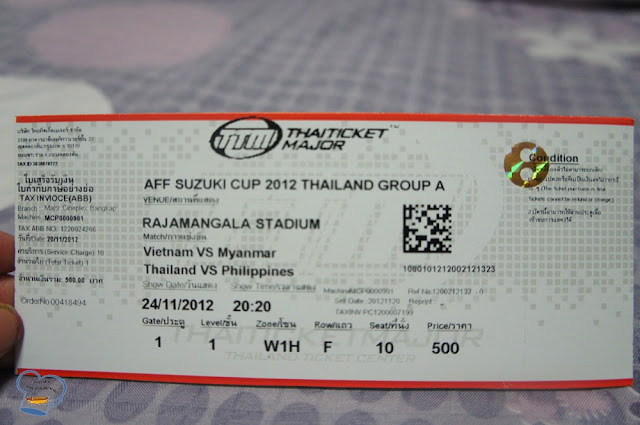 There was a downpour earlier so the three of us bought  rain coat sold outside the stadium. The weather cooperated after a few minutes. 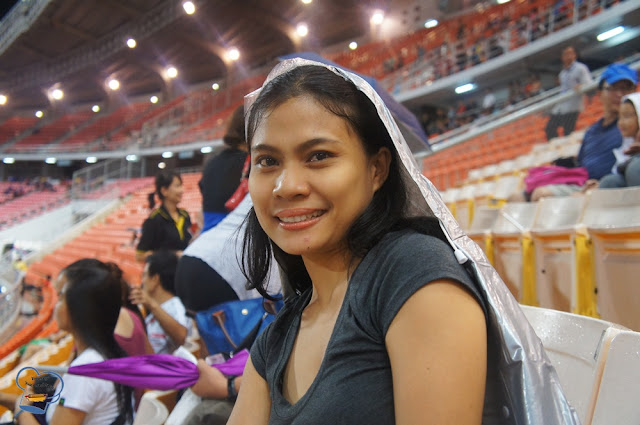 Here comes the AZKALS! BOW- WOW!!!  No, the game did not start here. This was just a warm up. 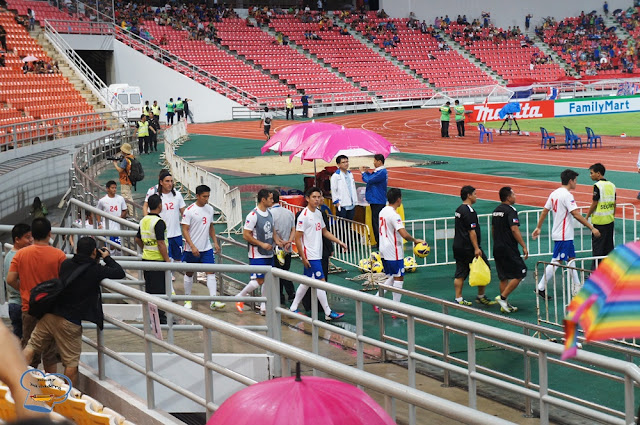 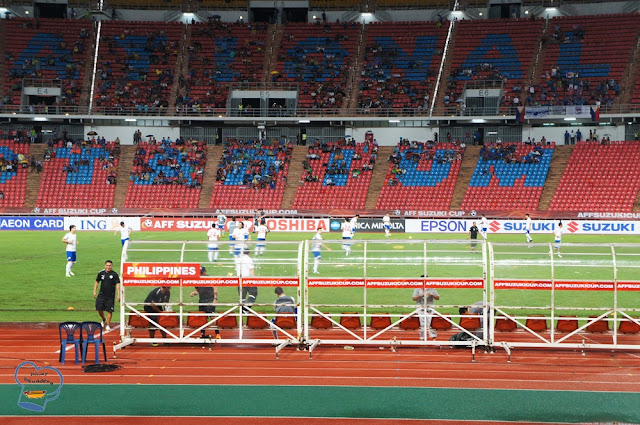 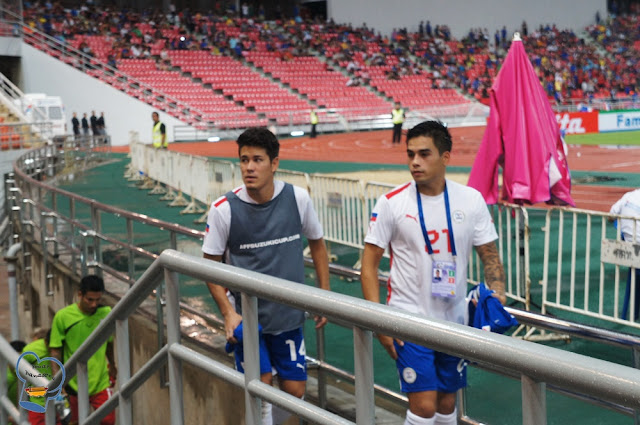 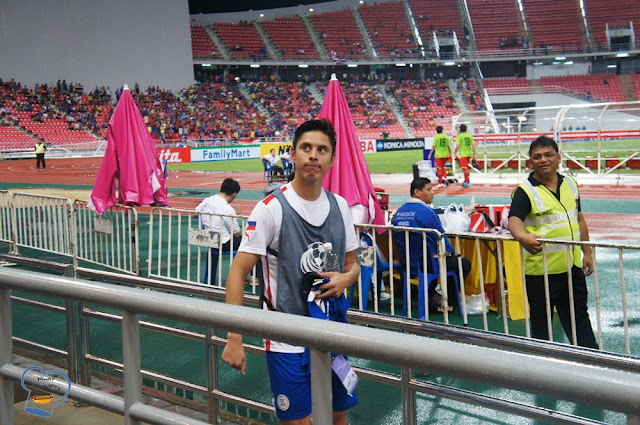 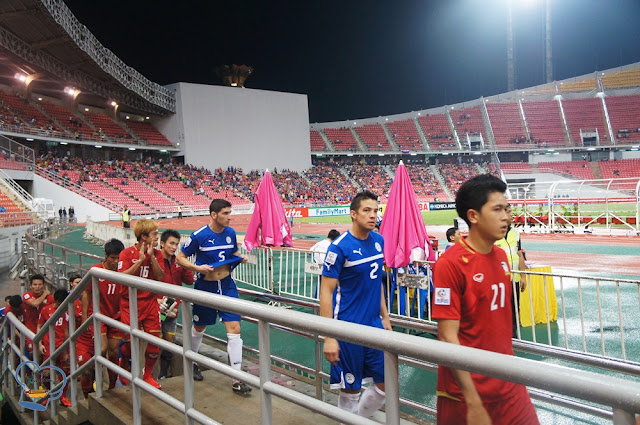 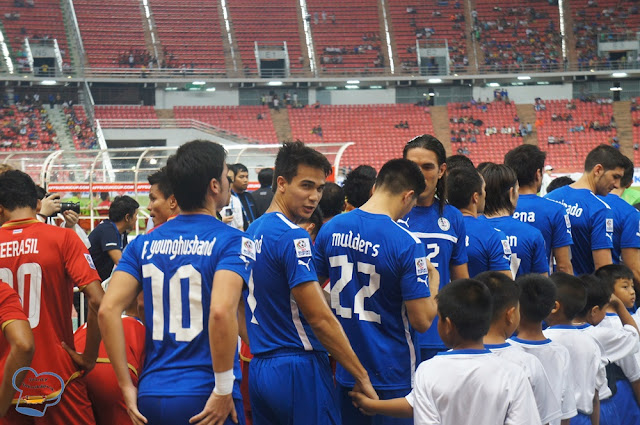 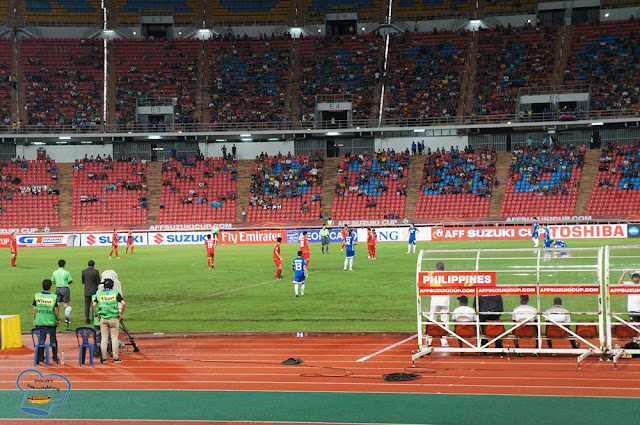 Filipino fans and supporters cheering for the AZKALS 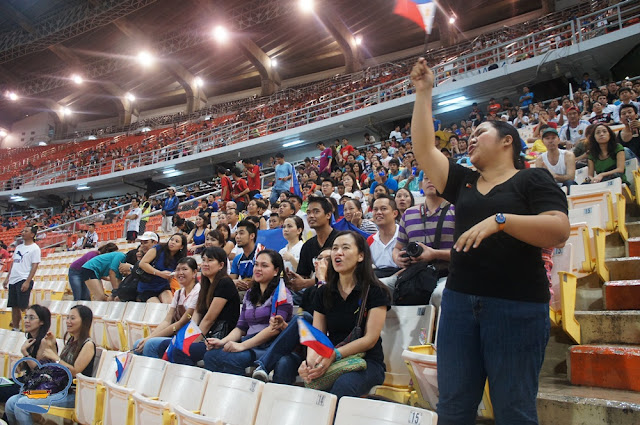 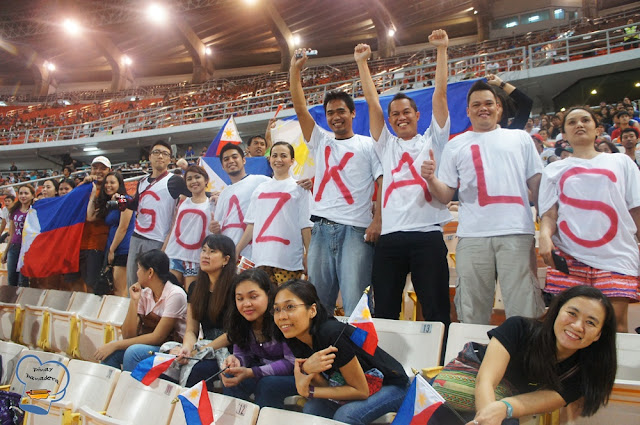 With Denis Santos Wolf. He didn't play due to an ankle injury. 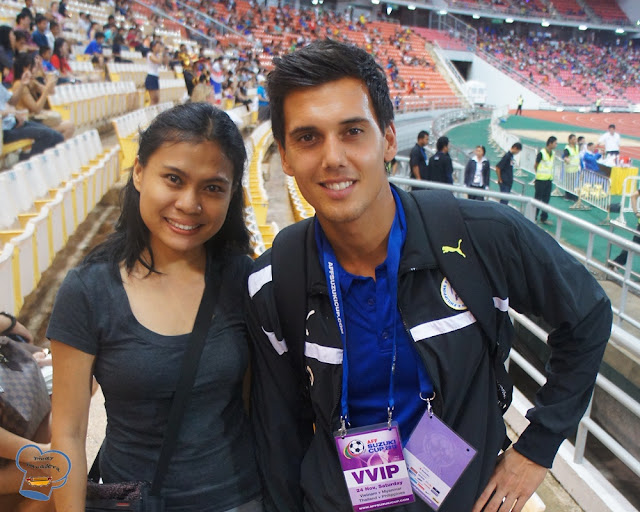 During the 2nd quarter, the AZKALS scored a goal! WooHoo! 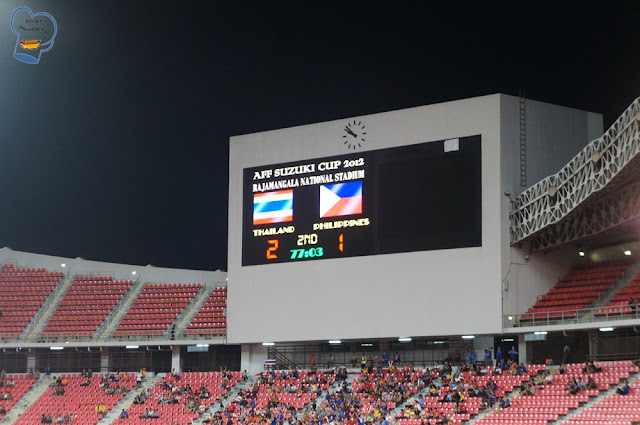 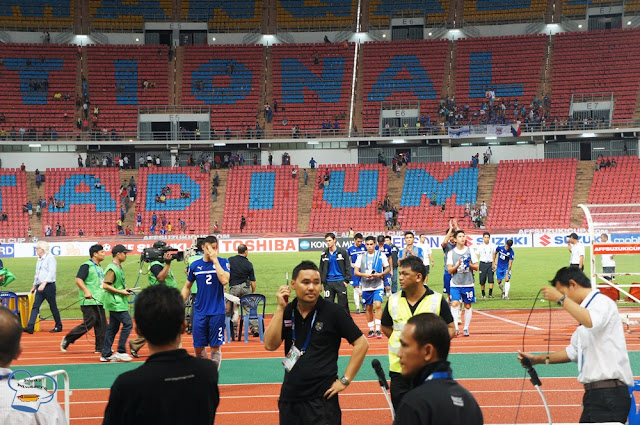 With Misagh Bahadoran and some random Pinay 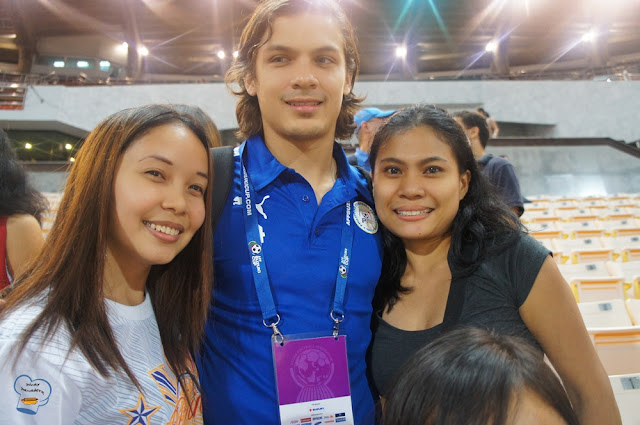 I enjoyed a night full of fun and action.