Thailand celebrates Loy Krathong annually. It is celebrated on  the evening of the full moon of the 12th month in Thai Lunar Calendar. People make their krathongs (lotus-shaped lanterns) and float (loy) them in the river to pay respect to the Buddha and to ask for forgiveness from the water goddess Ganga for polluting the rivers.

On Wednesday, NIVA International Kindergarten celebrated Loy Krathong. I was invited by my sister mainly because she knew there would be a lot of different types of Thai dessert that I could blog about. Here are some of them.

Look choop is Thai sweet candy made from steamed green mung beans, coconut and sugar. When the mixture is cooked, it is then molded into the shape of vegetables and fruits and dyed with food color. 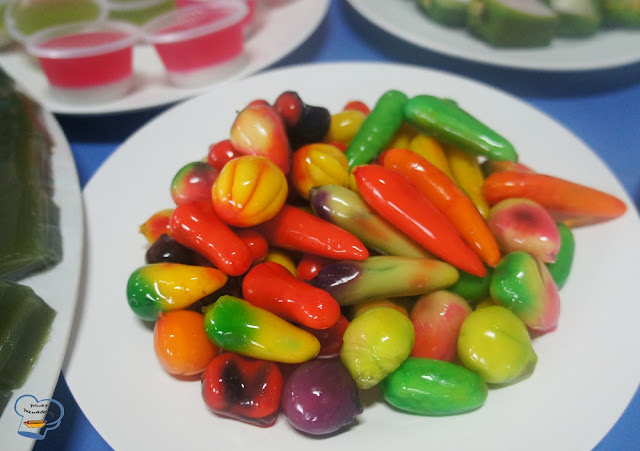 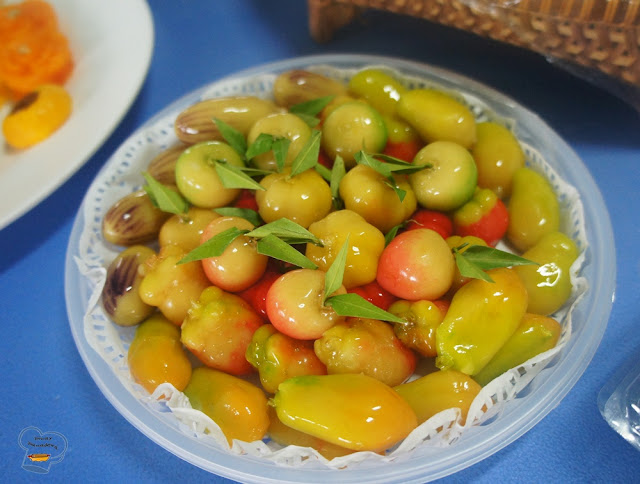 This dessert is called Thai banana with sticky rice. The latter is cooked in coconut milk. You spoon cooked sticky rice into the banana leaf which serves as its wrapper, place the banana (cut lengthwise) on top,  wrap it up and steam. 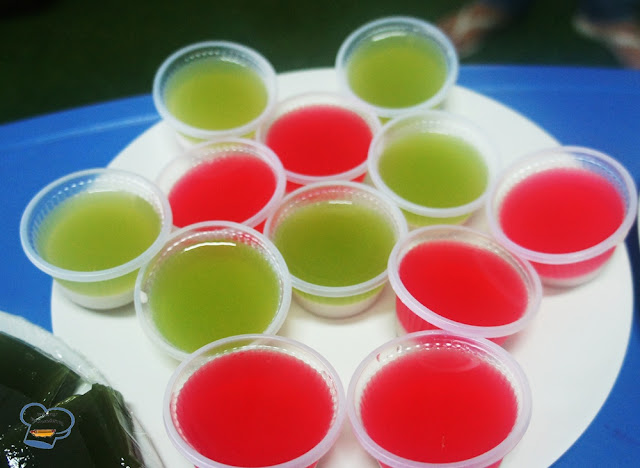 Takoh (Coconut Cream Jelly) is coconut custard made from tapioca flour, heavy coconut cream, coconut pulp and sugar. The custard is used as a topping over tapoica pearls or sometimes corn. 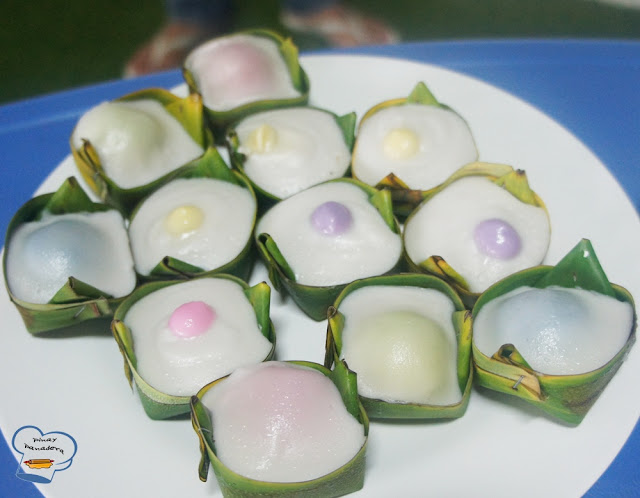 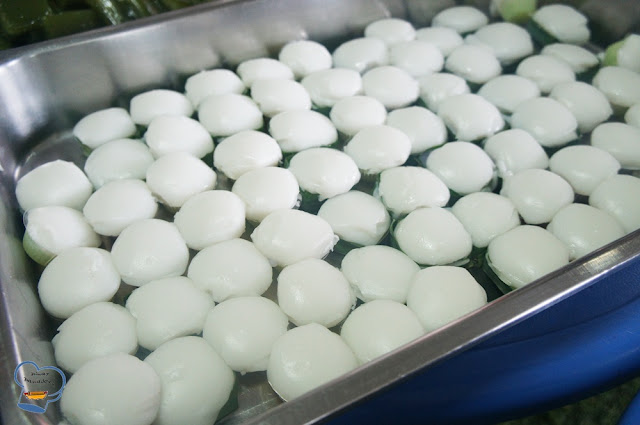 Khanom Tua Pap is made from sticky rice flour, jasmine water and green bean. It is served with shredded coconut, green bean and a mixture of salt, sugar and sesame. 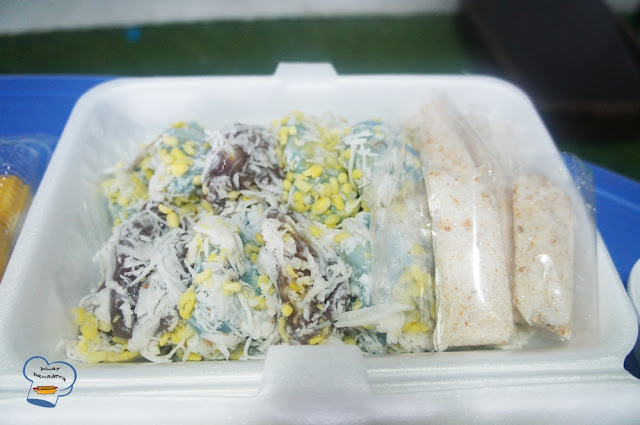 Another Thai dessert made from glutinous rice flour. 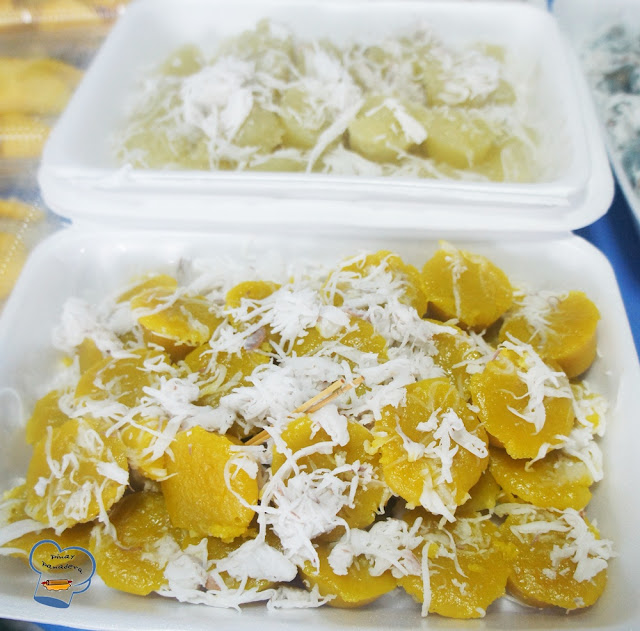 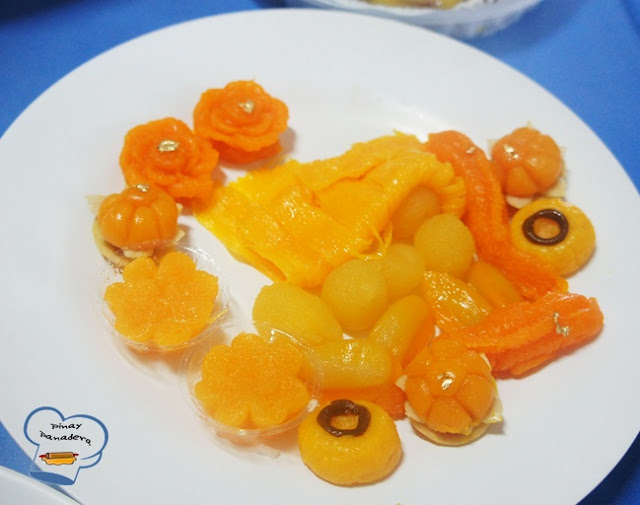 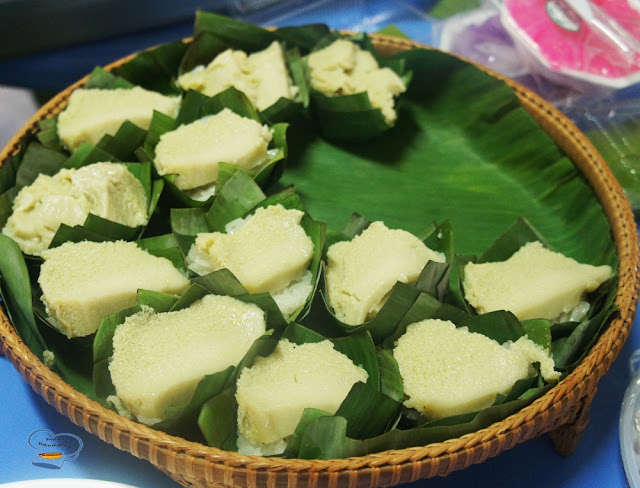 Khanom Chun (Thai Jello) is a layered dessert.  Tapioca flour, flour,sugar and coconut milk are mixed and set into a cookie pan to harden into a jelly. 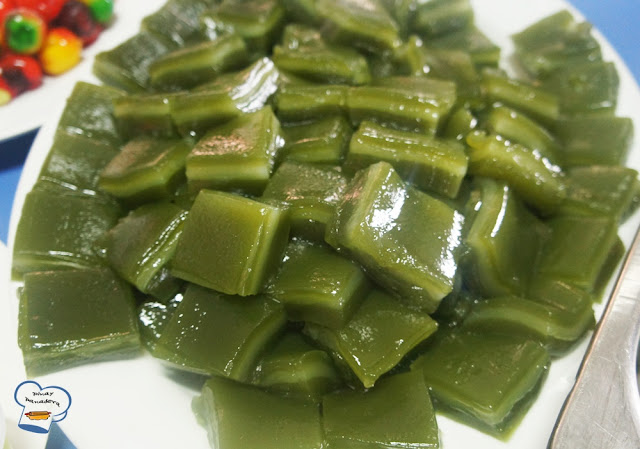 Here are the kindergartners wearing their Thai traditional costumes. 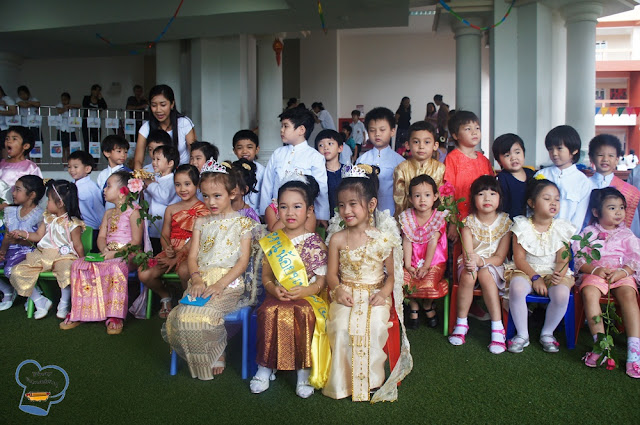 Kindergartners and their parents painting and assembling their Krathongs (lotus-shaped lantern).The lantern's base is made from either  bread, banana trunk or styro foam. The base is decorated with flowers, candles and/or incense. 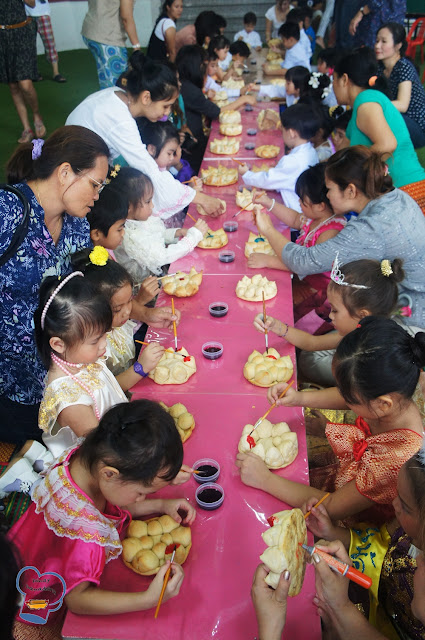 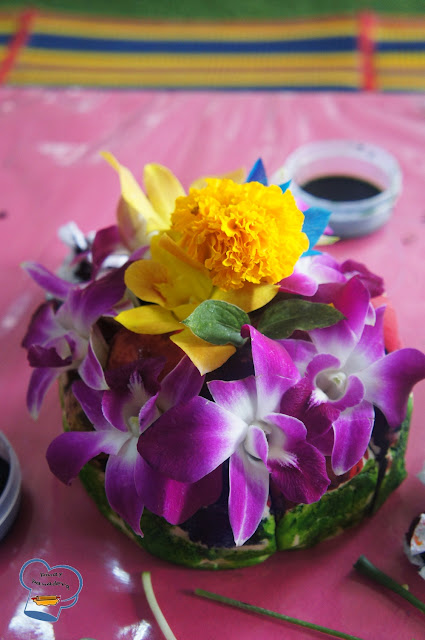