My favorite morning and evening drink

One of the many loots I took home from  the Food and Hotel Trade Show last week was this roasted grain with lactobacillus powdered drink. I was looking for a soy milk powder but instead found this. It instantly caught my attention. The Korean lady at the counter asked me if I wanted to try it. I nodded. There were three flavors available - Yam, Ginkgo and Mixed Grains. I chose the latter. My friend chose Ginkgo. She asked me how do I prefer it, hot or cold. I chose cold. She put a teaspoon of the powdered drink into a small plastic cup, poured cold milk and stirred. I drank it. Ahhh, it's mash-eet-da (informal way of saying delicious in Korean). I was immediately smitten. I took a little sip of Ginkgo and I didn't like it.  There's more to see at the trade show so I didn't buy it right away. I don't like having to carry heavy stuff as I walk around.I promised to come back. And before leaving the trade show, I bought Mixed Grains Powdered Drink. 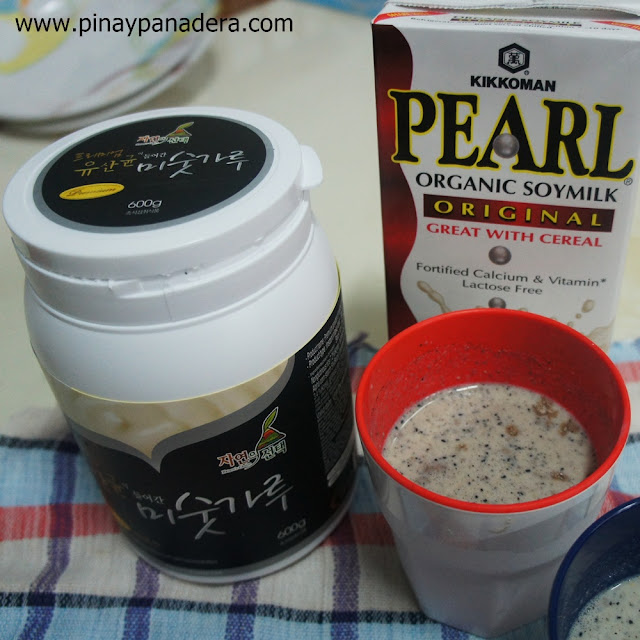 It is a product of Korea. 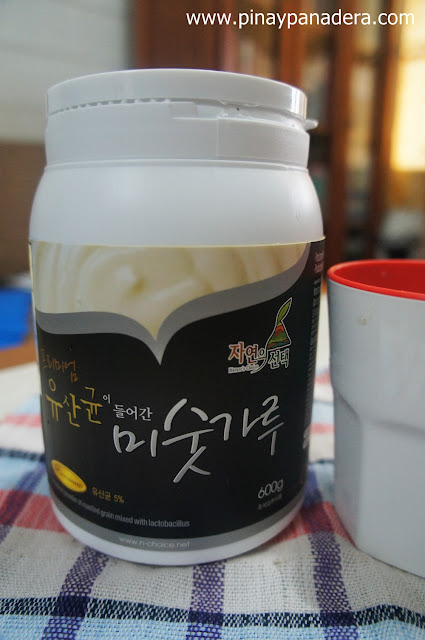 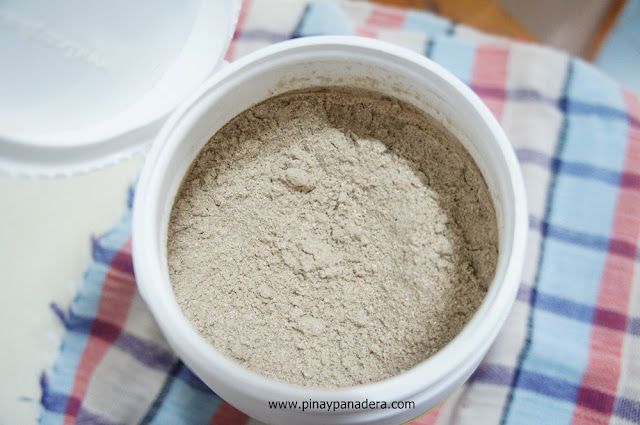 So how do you prepare it?

Just place three- four tablespoon of the powdered drink mix into a glass. Pour 200 ml cold milk/soy milk. Stir until dissolved. For best result, add ice. I did and it's way too good. You can also drink it hot but you don't get same result when it's cold.

I drink it hot before going to work and cold before bed time. 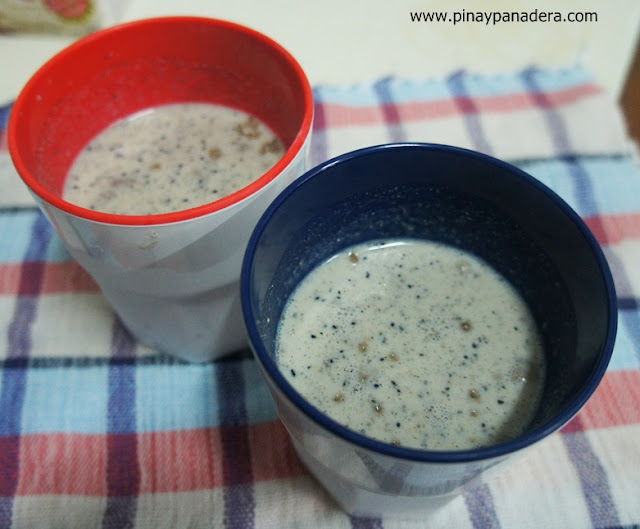 According to the Korean lady I spoke to, there's a shop at the basement of Central Ladprao selling this for Thai Baht 640 if I'm not mistaken. I got this cheap at  Thai Baht 590 at the event.

Email ThisBlogThis!Share to TwitterShare to FacebookShare to Pinterest
Labels: Drinks