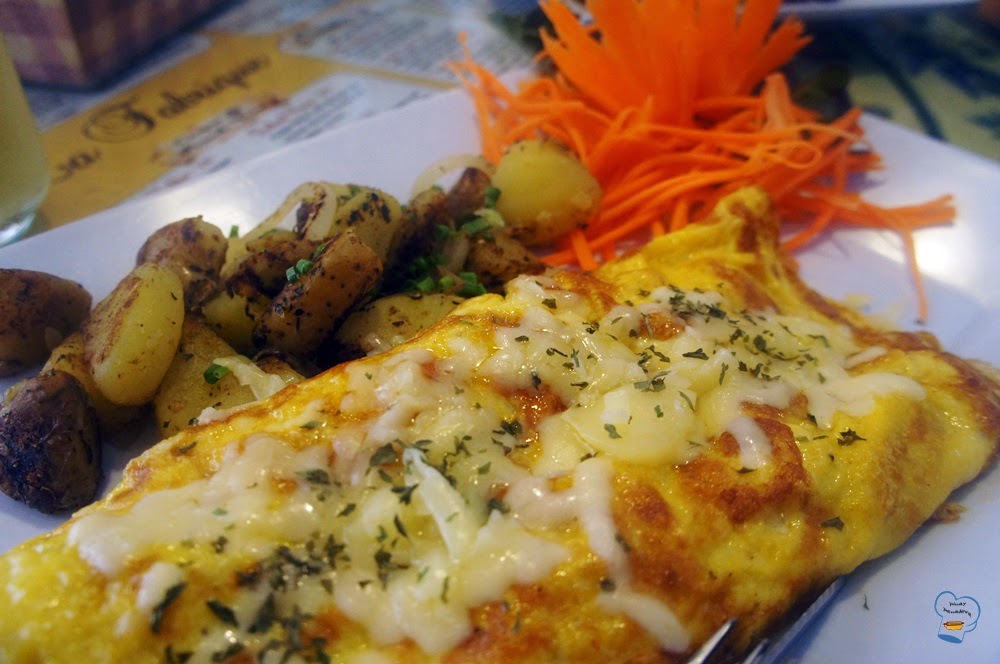 Attending Le Cordon Blue Culinary School has helped me develop a greater range of taste and gave me a deeper appreciation for European cuisine. I tend to crave for new flavors and texture since I was introduced to such foods. On the resort island where I live and work, the influx of Westerners wanting to settle down or spend their holiday  has lead to a boom in  restaurants offering European dishes.  There are so many choices which makes it difficult to decide where to go and what to try. The only way to do it is try different restaurants one at a time.

So last week, I accepted a friend's invite to join her for late breakfast at a French bakery in Lamai called La Fabrique. Eating breakfast outside sounded fun. It's not how I usually spend my day off but I only get to see her once a week.  I also had not tried their food so why not. I went and had the best breakfast so far since moving to the island. I was more than satisfied :) See the happy face?

My friend Saki needed an energy boost so she ordered coffee latte. I don't need anything to keep me running. All I wanted was a healthy fruit drink to start my day with. I had mango smoothie. 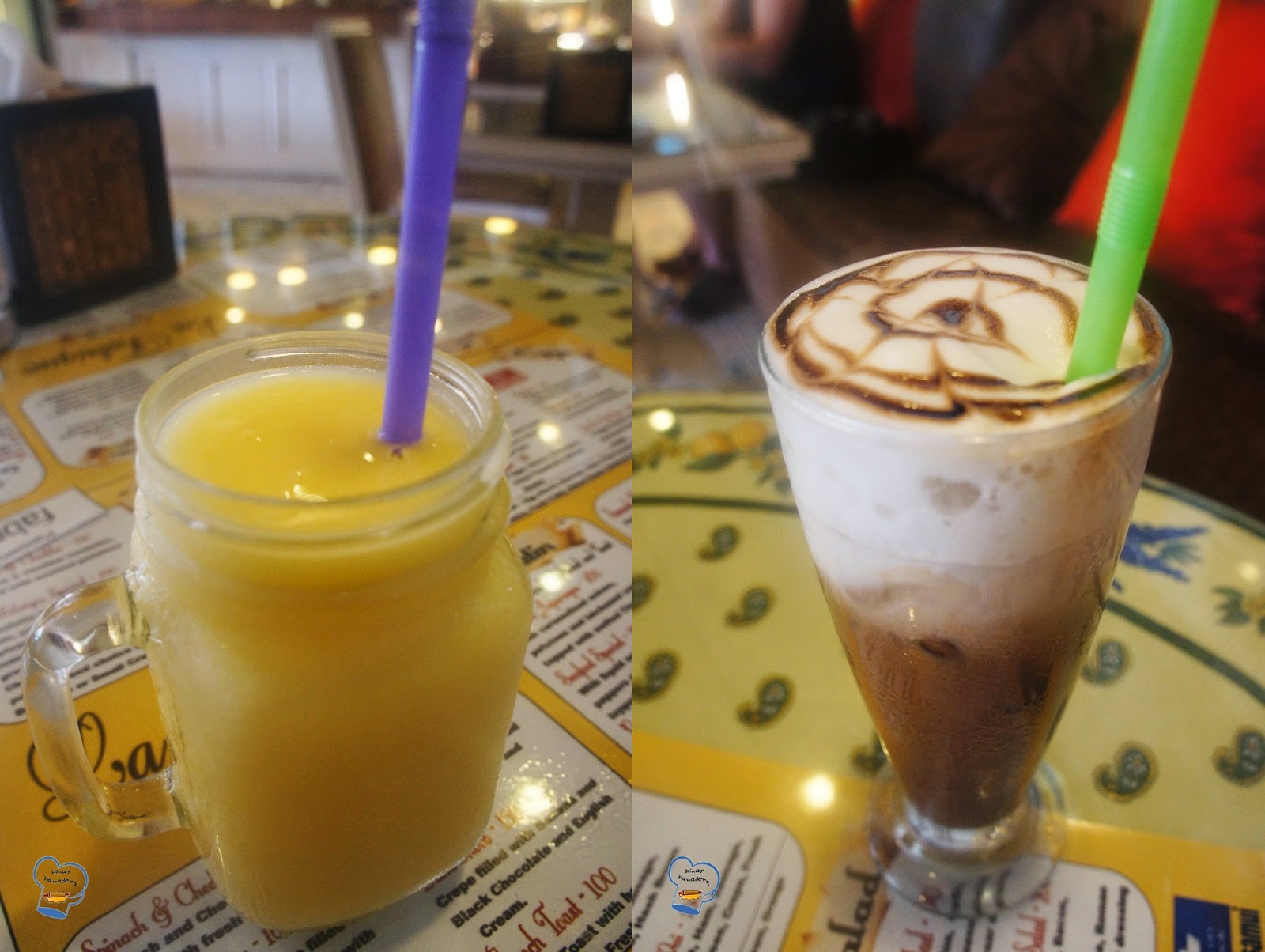 Saki had crepomelette. For only Thai baht 200, it was a complete meal.It came with omelette with mushroom and sausage filling, a bowl of fruit and 2 pieces of baguette which she shared with me. 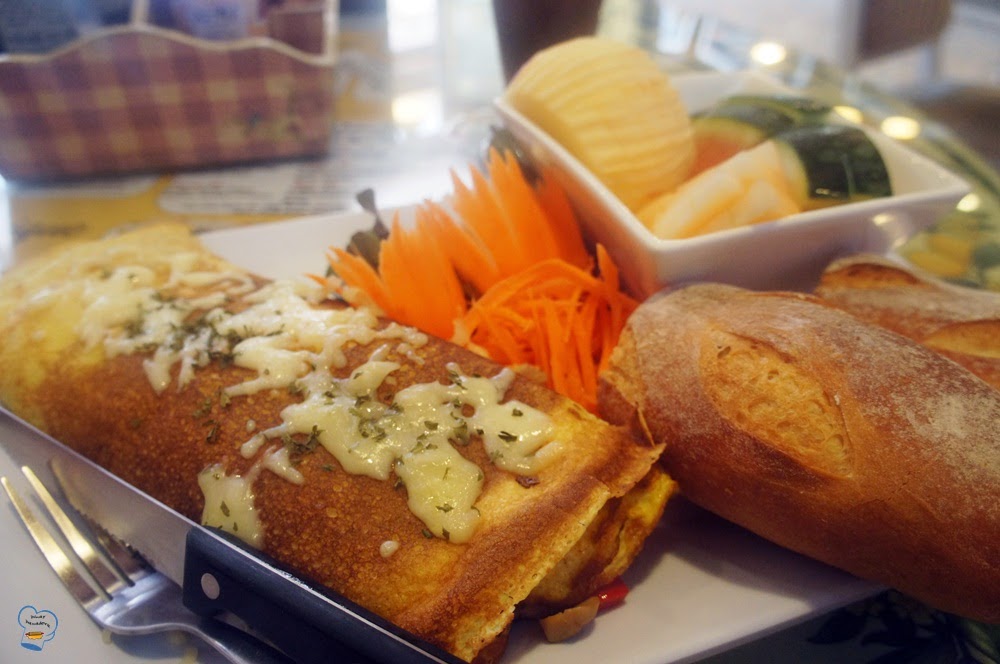 I had spinach and cheddar omelette served with sauteed potatoes. It was divine. 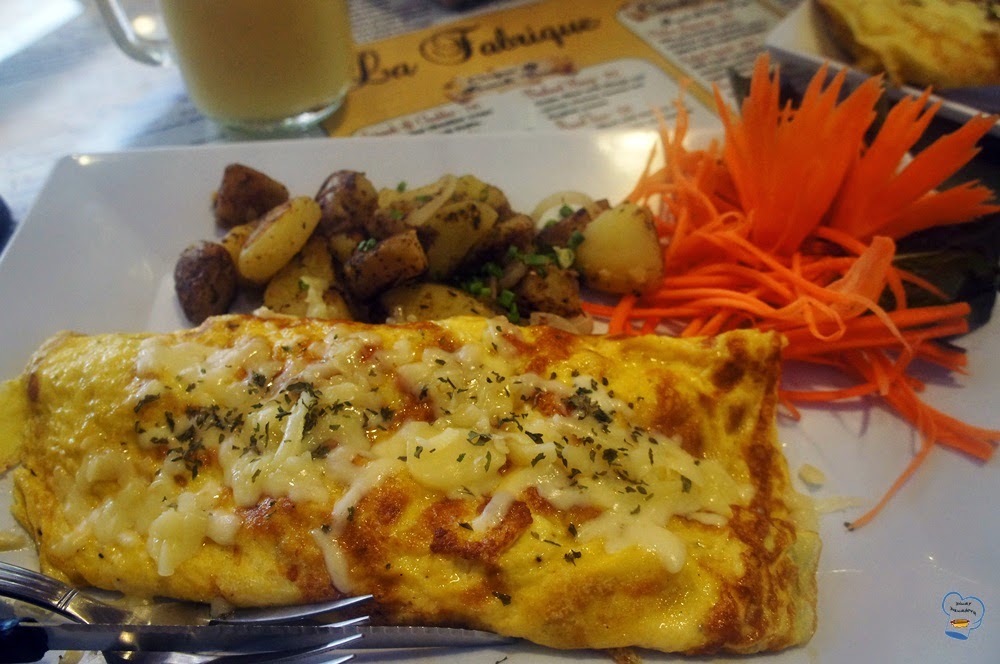 The servings are huge. 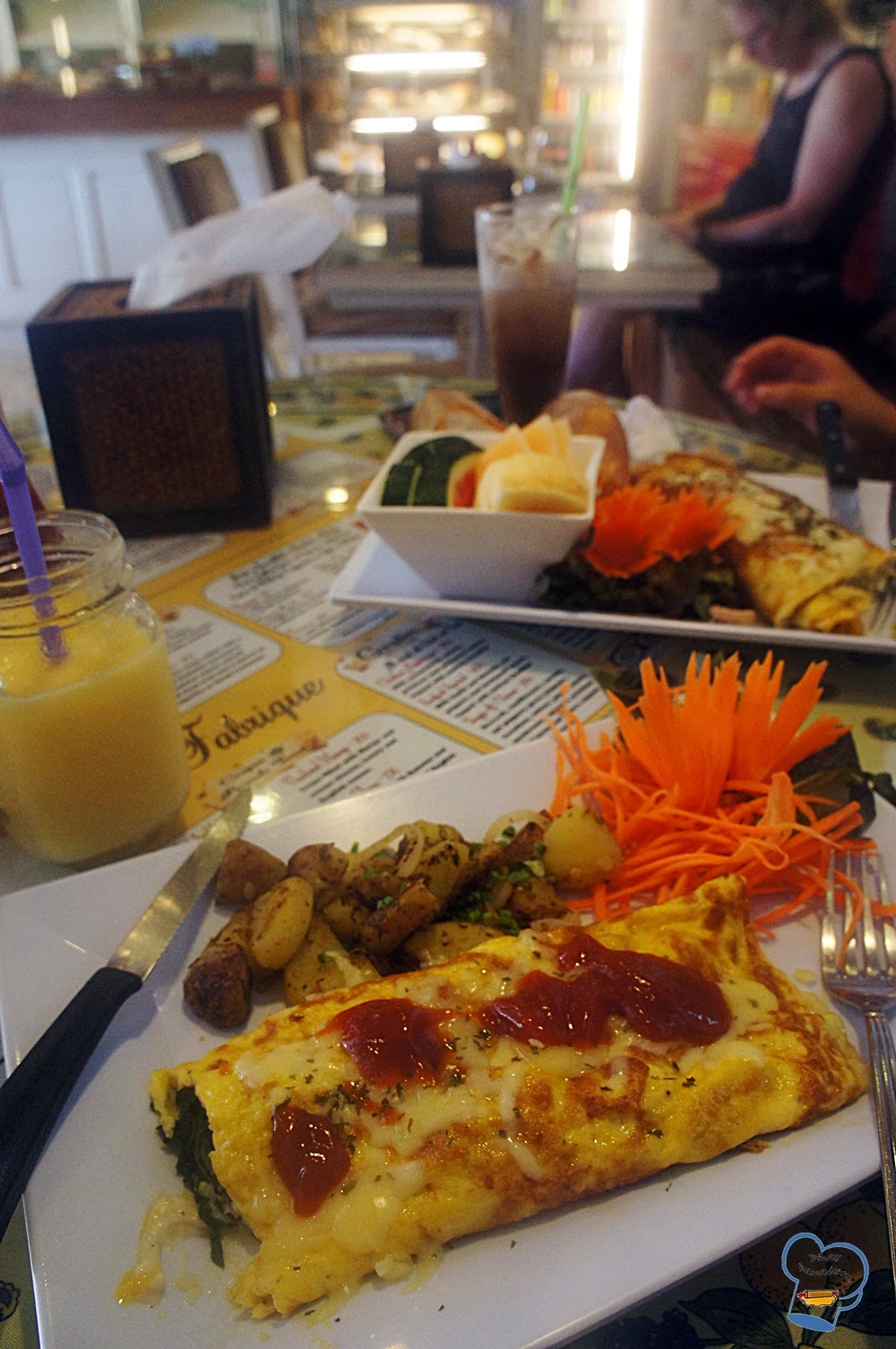 La Fabrique is just around the corner where Lamai temple is. You can't miss it. 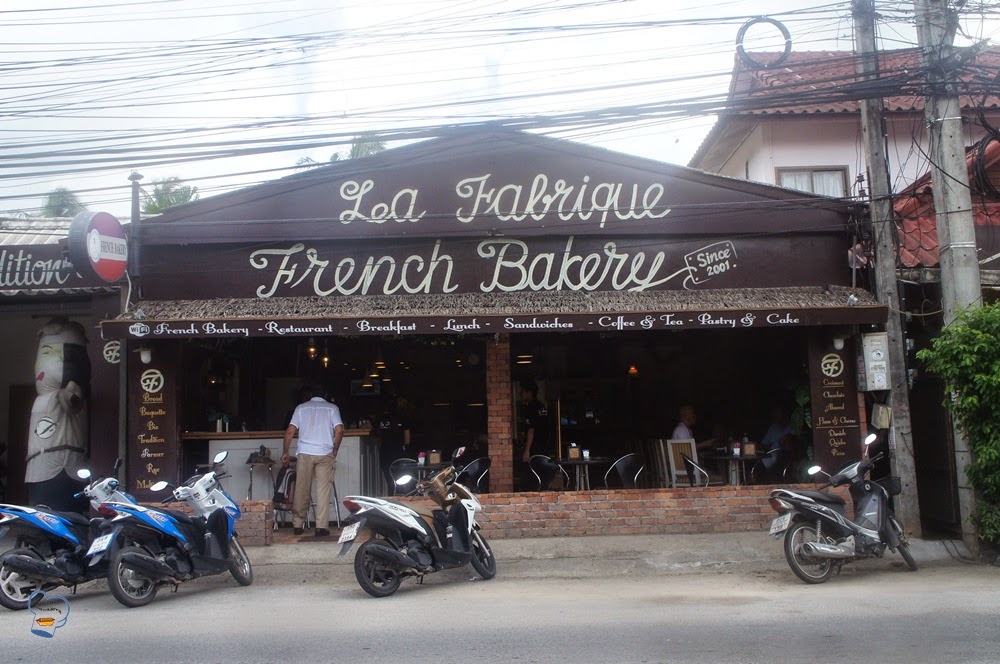 My eyes feasted on their pastries. Just looking at them made me realized how blessed I am to have such an opportunity to learn French pastry arts techniques. 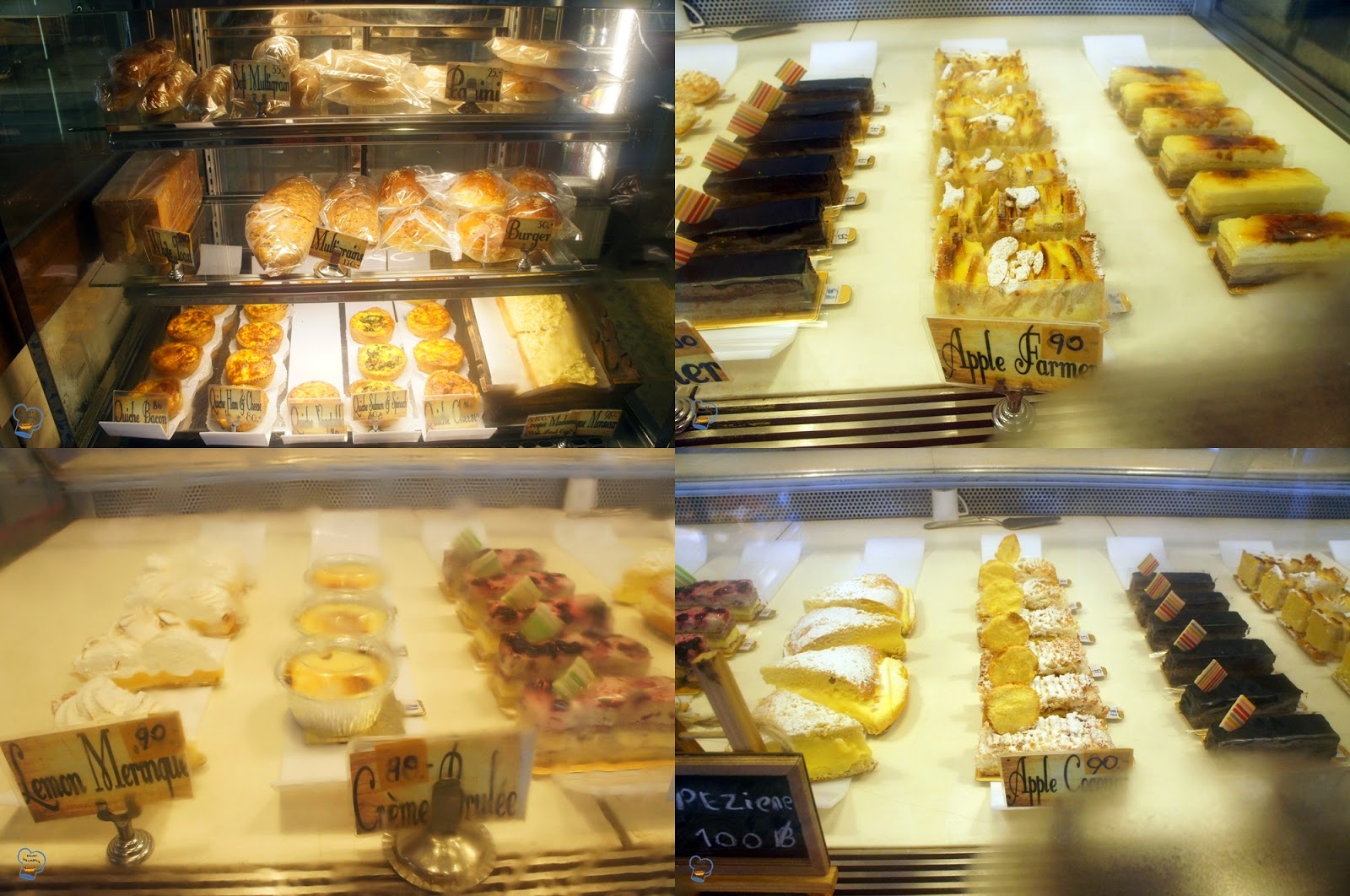