Di San Xian,  transliterated in English as Earth Three Fresh,  is a popular dish from Dongbei China  (North-East Region). It comprises mainly of three fresh ingredients: eggplant, potato and green bell pepper, thus the name. I came across this dish while living in Heilongjiang Province, the northernmost end of China. After my first encounter with this dish, it became an instant favorite. Like I said before, I love anything with eggplant.

It may sound simple enough,  but do not underestimate the combination of the three elements and the flavor of this dish.Once you try it, you will ask for more.No joke. I had it several times during the entire 3 weeks, while holidaying in some Eastern Chinese city. 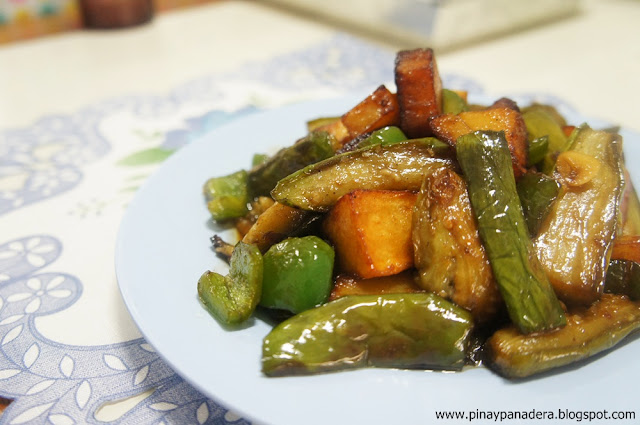 Below is the recipe of Di San Xian 地三鮮

Heat the oil in pan til hot. Fry the potatoes until golden brown.  Remove from pan. Drain in paper towel to remove excess oil. Set aside. 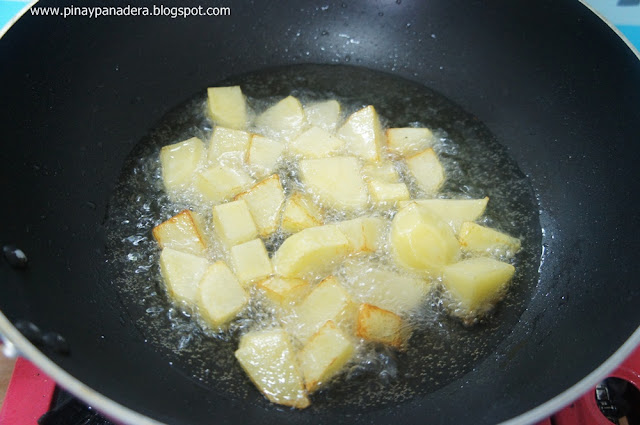 In the same oil, fry the eggplant until golden and soft. Remove from pan and place in paper towel to drain excess oil. Set aside.

Note: I often toss and turn the potatoes and eggplant  in oil  to avoid them from burning. 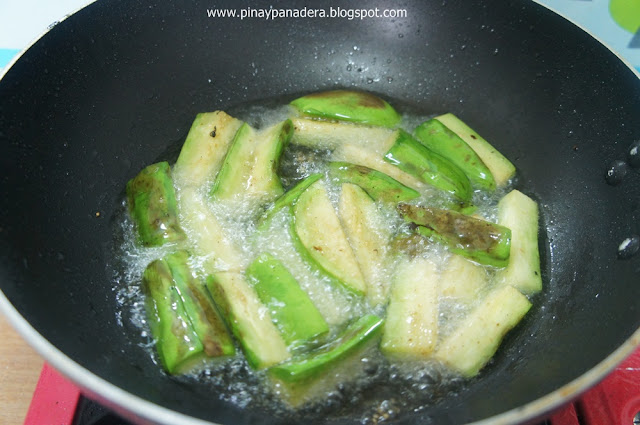 Add the bell pepper and stir-fry briefly just until soft. Remove and drain in paper towel to remove excess oil. Set aside. 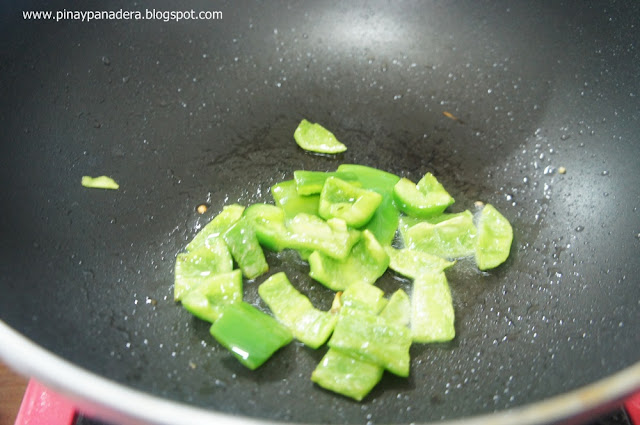 Remove oil  but leave about a tablespoon in the pan. At medium heat, fry the garlic until light golden, add ginger.

Throw the fried potatoes, eggplant and bell pepper in the pan. Add in about  a tablespoon or 2 of vegetable stock. dark and light soy sauce, sugar and salt. Stir-fry briefly until  well mixed. 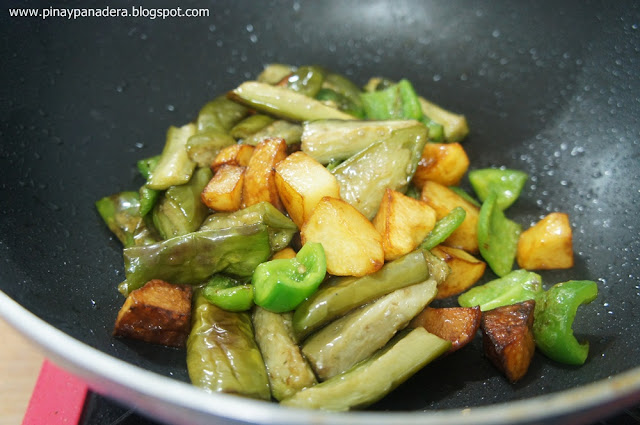 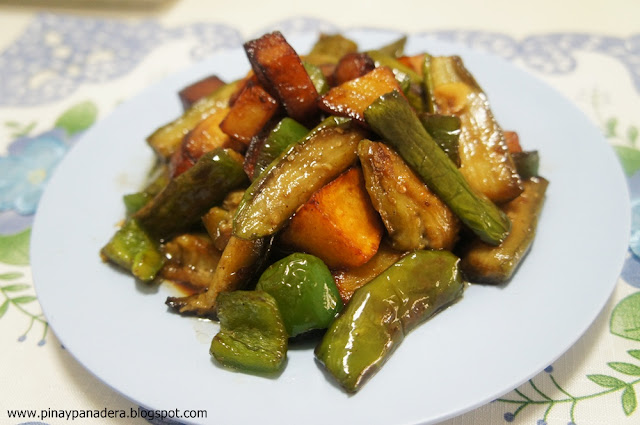 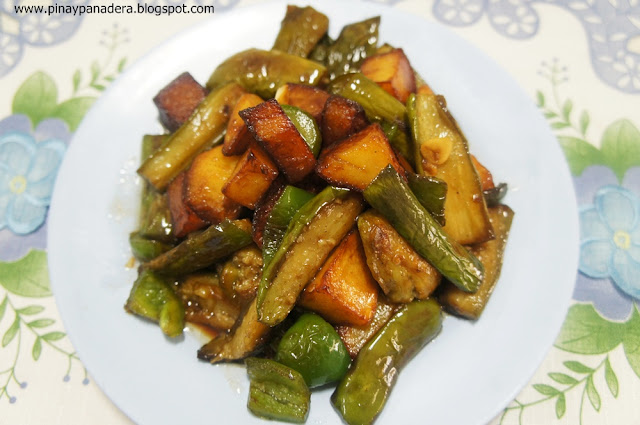 Note: Other people prefer a rather thick sauce in this dish. What you can do is  add 1/2 cup of vegetable stock instead of 1 tablespoon or 2. Add the rest of seasoning.

Let the sauce come to a boil before adding  veggies. Stir briefly. Thicken with cornflour mixture. (A teaspoon of cornflour diluted  in 2 TBSP  water.)

Give another quick stir to coat the veggies with sauce evenly.