After our meal at Vietnamese noodle restaurant,we headed out to War Remnants Museum on a cyclo. One of the drivers could carry out a conversation in English so we felt at ease. We agreed on the price he said for a one way trip.We exchanged pleasantries as the  three drivers pedaled the three-wheeled vehicle.

Minutes later, they unloaded us in a secluded corner. My jaw dropped  when the "friendly" guy charged each of us 500,000 Vietnamese Dong, about $25 (up to ten times  the original price).  I started to argue but  sis didn't want to make a scene so she paid  the amount he asked. There were no police nearby and there was nothing we could do but pay the other 2 drivers. What a rip off!!!!!! 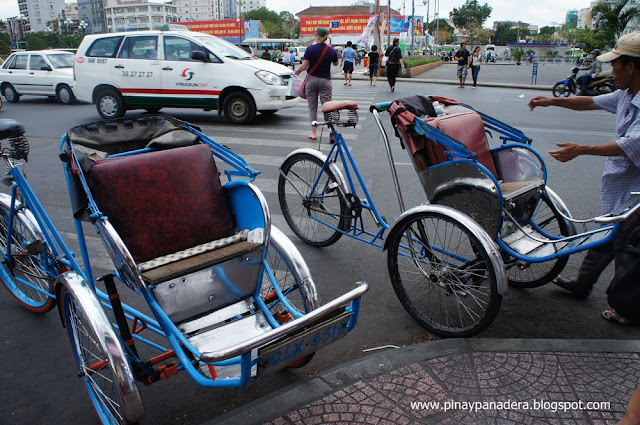 Although my sis and I were here in December, we failed to visit the museum. It was closed for the Christmas celebration. This time our top goal was to see it.

The main building has 4 floors. In each floor there are 2 themed rooms. 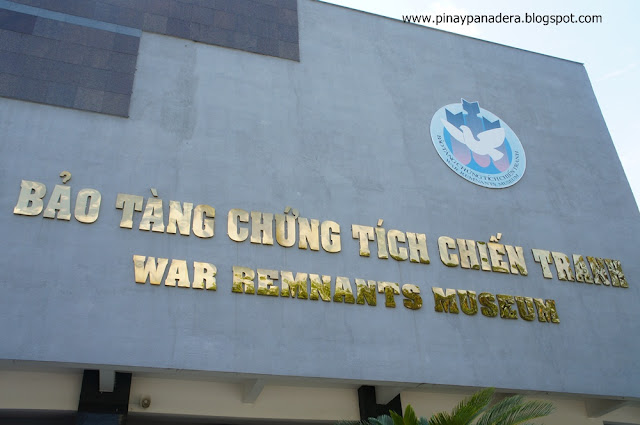 The museum showcases graphic stills of Vietnamese war victims and brutal treatment of  political prisoners,  artifacts and declarations, photos of anti-Vietnam war protests staged in different corners of the world. 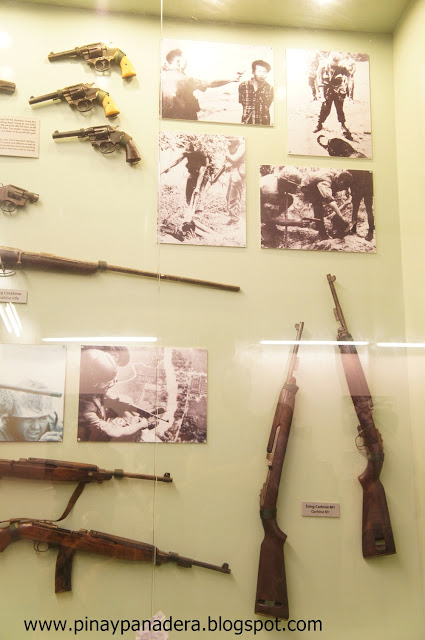 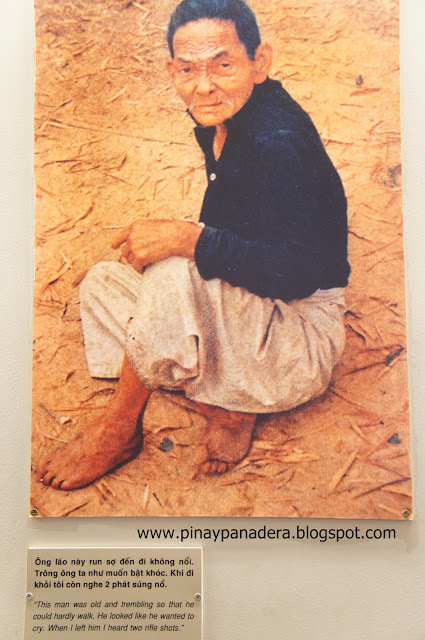 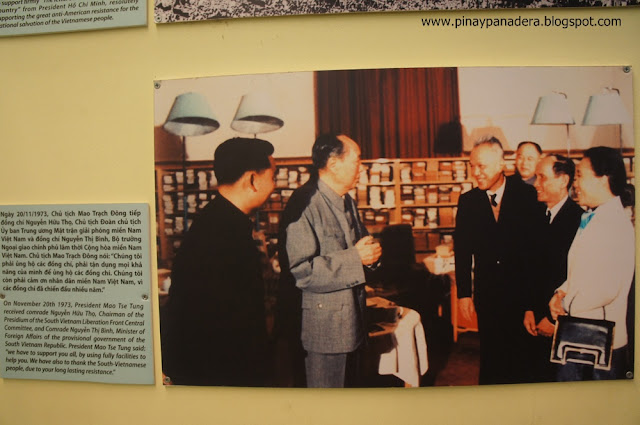 A photograph of the anti-war demonstration  in Manila, Philippines. 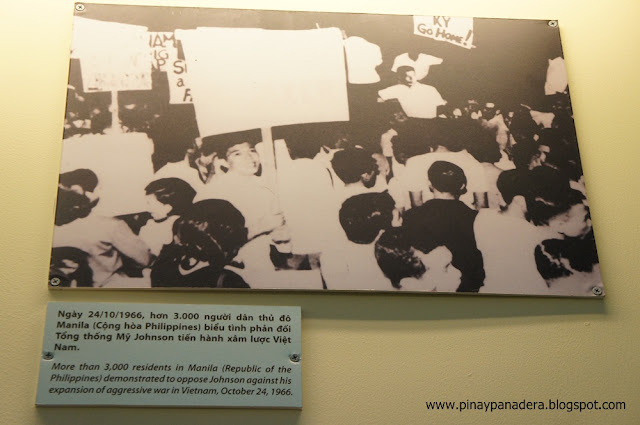 One of the eight  themed rooms. 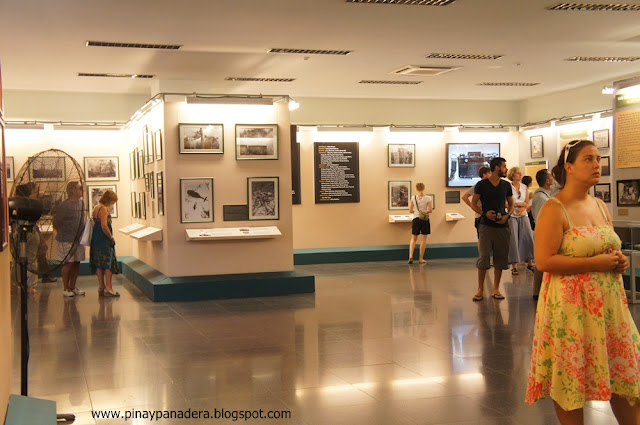 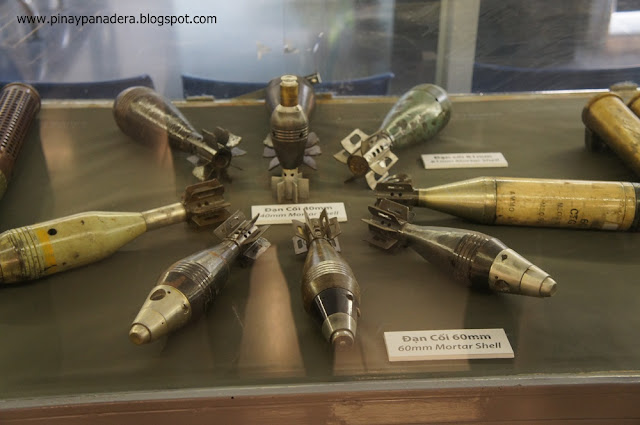 Ordnance lay in a corner at the museum. 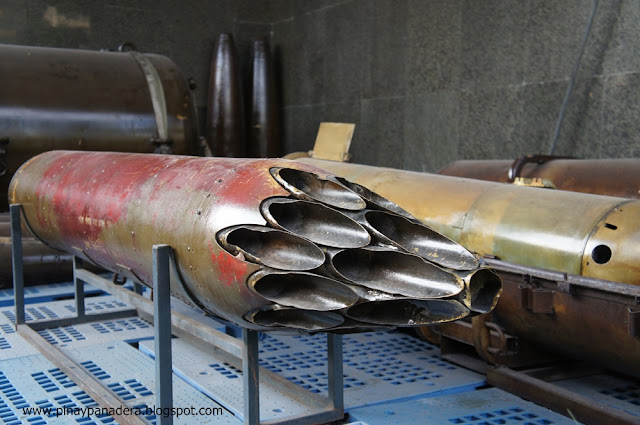 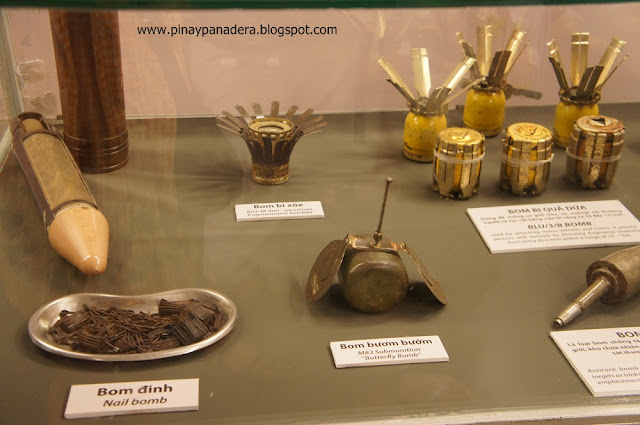 In another building, we found a replica of "tiger cage" ( prison). 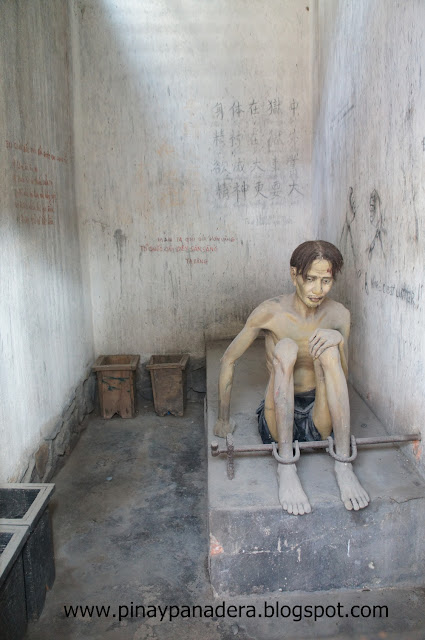 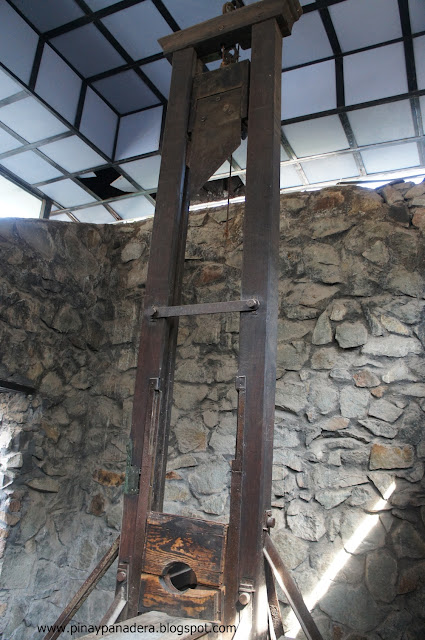 US Military equipment sprawled in the museum's yard. 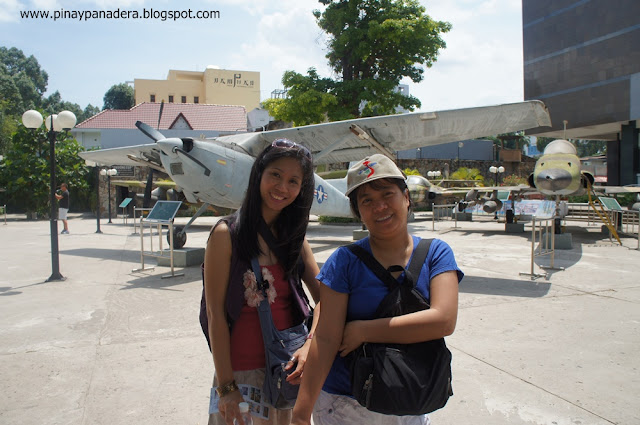 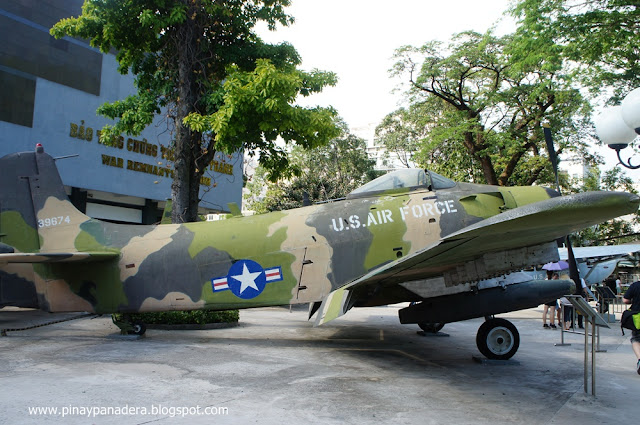 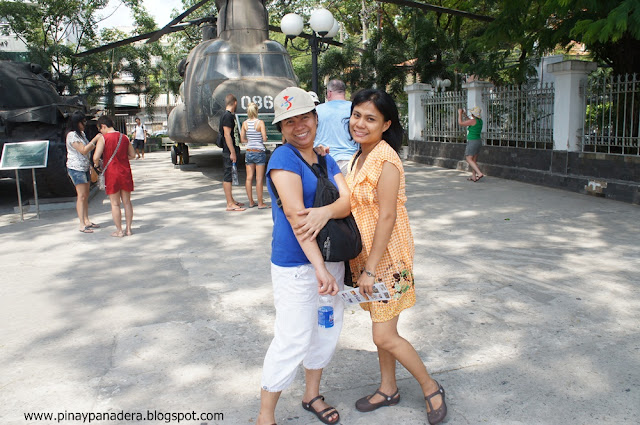 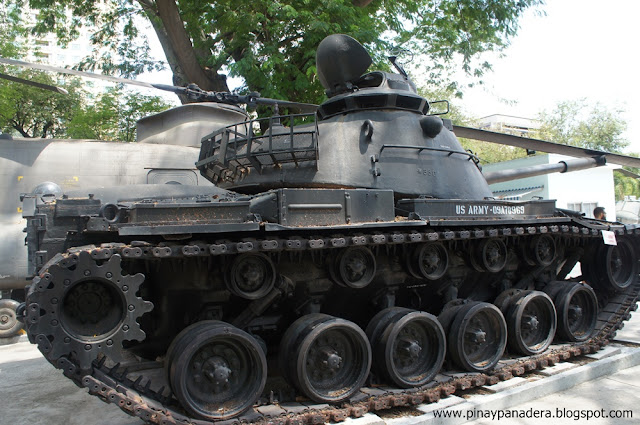 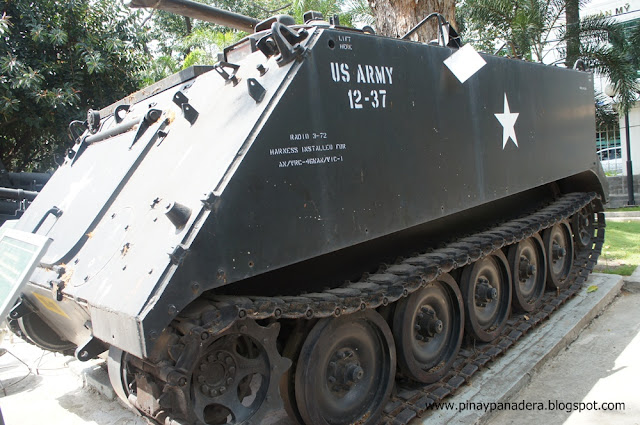 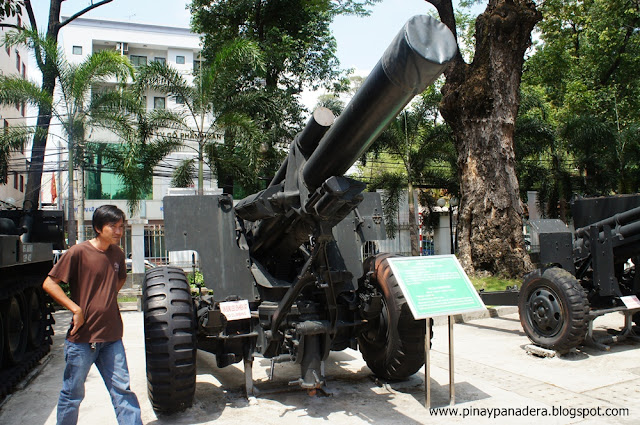 A photograph by Goro Nakamura showing a mangrove forest destroyed by chemicals. 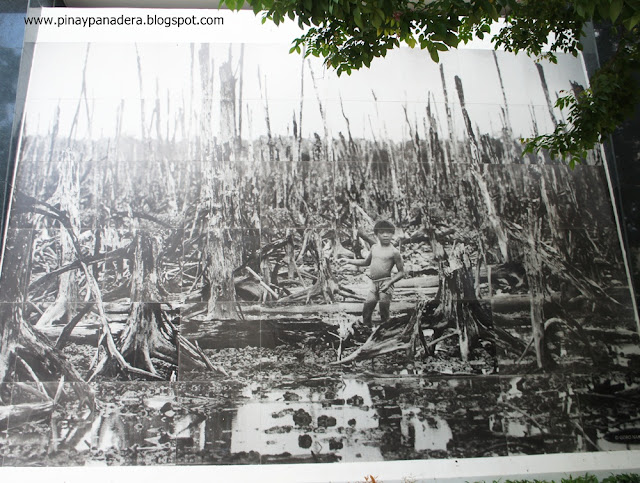 I almost bawled my eyes out learning about the atrocities during the  US-Vietnam war.  As we concluded our museum visit, I have developed a deep sense of respect and understanding of Vietnam's history.