Our plane landed at Ho Chi Minh City, Vietnam shortly after 6 pm.  The trip that normally takes 20 minutes  from the airport to the city center became a one-hour-and-a-half drive due to traffic. It was a long and crazy drive. We were getting anxious so I started a conversation with the driver. His broken English made it difficult for us to understand each other. Then I remembered an article I read on the internet that many Vietnamese could speak Chinese so I asked him if he could. He replied to me in Chinese. That was the start of an enjoyable ride through Vietnam's rush hour.

We were not so hungry as we ate at Bangkok airport before our flight. I suggested to my sister we get something light that night. We checked in and left the hotel to look for food. The restaurants in the surrounding areas were mostly Japanese due to a high number of Japanese staying in the area. We passed by a convenient store. We went inside to buy water. I asked the cashier if she knew a nearest Vietnamese Restaurant. She said there's a fast food called Wrap and Roll which serve Vietnamese dish. We asked for the direction. After walking past 2-3 blocks, we found it.

We were greeted as we entered the restaurant. A waiter took us to our table and gave us the menu.  To drink, my sister had carrot juice, I had Vietnamese lemon iced tea. The tea was so refreshing due to its mild taste. 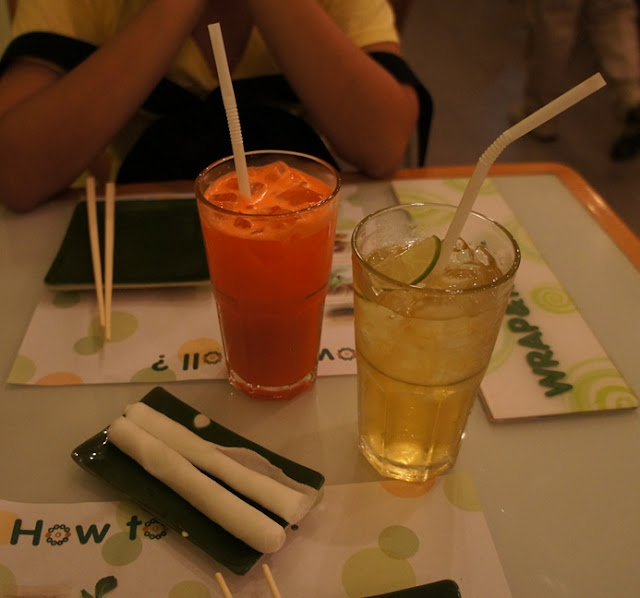 We ordered Goi cuon nam or fresh spring rolls with mushroom filling. It came with a sauce with lemon, peanut, salt and sugar. It was appetizing. 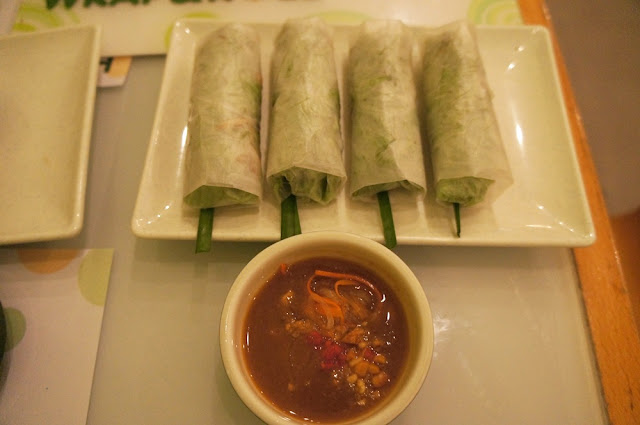 The one I preferred was Cuon roi or vegetarian steamed rice crepe rolls. My sister did not enjoy it as much as I did. She didn't like mint in her food but that was I loved about these crepe rolls. I had 4 of them. My sister ate most of the fresh spring rolls. 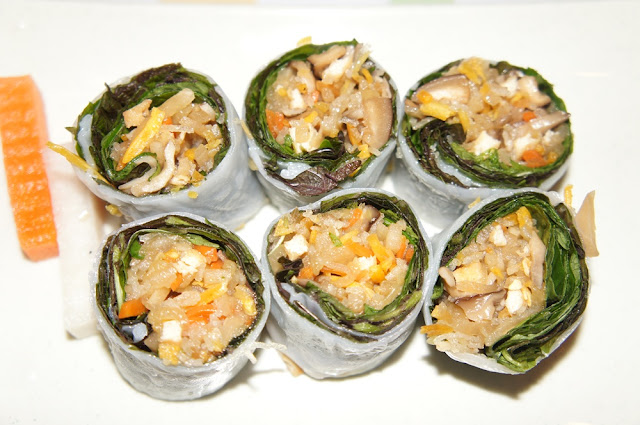 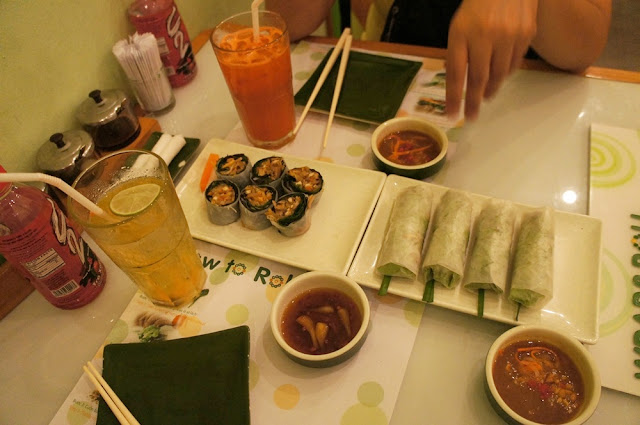 As for the dessert we ordered Vietnamese pudding. We were curious as to how Vietnamese puddings tasted. Imagine our surprise when we had our first bite.It was custard in coffee syrup served with crushed ice. I liked the contrast taste of the sweetness of the custard and the bitterness of the coffee. It was a pleasant treat after eating  "minty" and "herby" food. 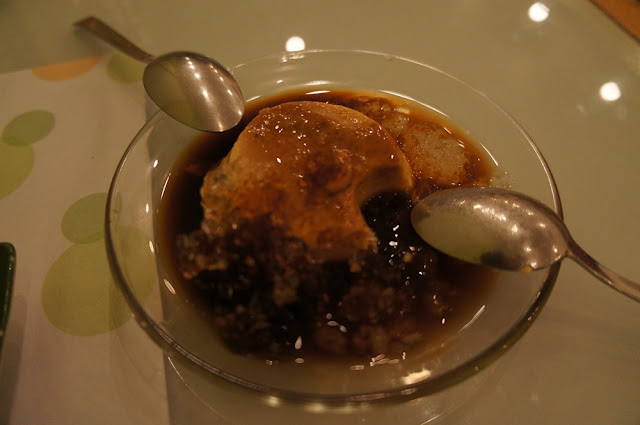