Christmas is just around the corner. It is this time of the year when my family do Christmas shopping. Two days ago, my sister and I went to Makro  for groceries and Christmas decors. While at the vegetable section my sister spotted these round purple eggplant. She hurriedly called my attention to show them. It was unusual to see these kind of eggplant in Thailand. The long, green and slender kind were always available at the supermarkets. We bought a couple of them . I knew right then that I could cook a different dish.

A day after, when I came home from work I opened the fridge and  saw these beautiful eggplant. I remembered a good eggplant recipe  I used to cook  while living in China.I was so excited that I started cooking right away. 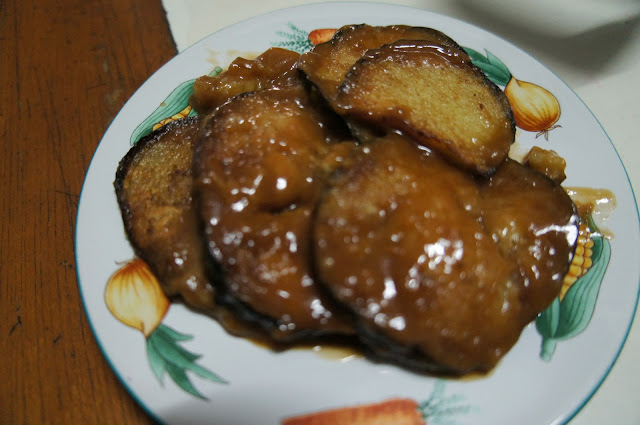 I washed the eggplant and  sliced it crosswise. I dried each slice with paper towel. While waiting for the oil to heat up,   I mixed 2 heaping spoonful of flour with salt and pepper. I coat the eggplant with the flour mixture. 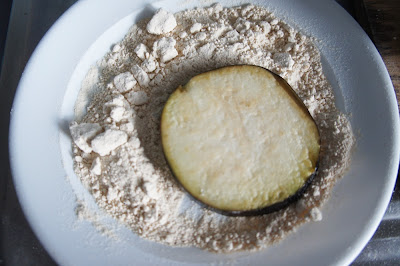 I fried the slices until golden brown. 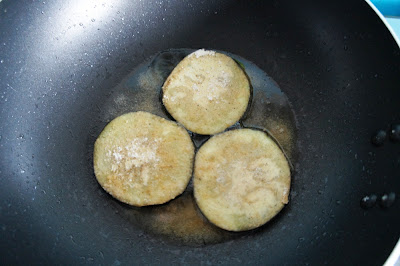 I placed the fried eggplant in a paper towel to get rid of excess oil. I was thinking of making my own onion sauce but when I checked the cupboard, I found a pack of McCormick Onion gravy mixture.  To avoid the hassle of peeling the onions, I opted to use it. I diluted the mixture in a cup of water, poured it in a sauce pan. I waited til the gravy simmered before I placed the fried eggplant. I left it for a couple of minutes and turned off the heat. 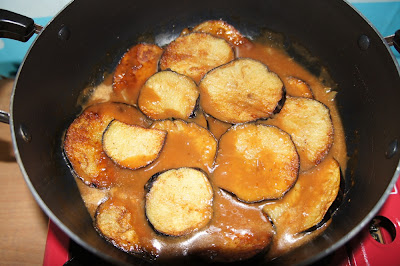 When my sister came home, she was so happy to see the plate of this eggplant dish on the table. We ate it with steamed rice. We had a hearty meal that night.