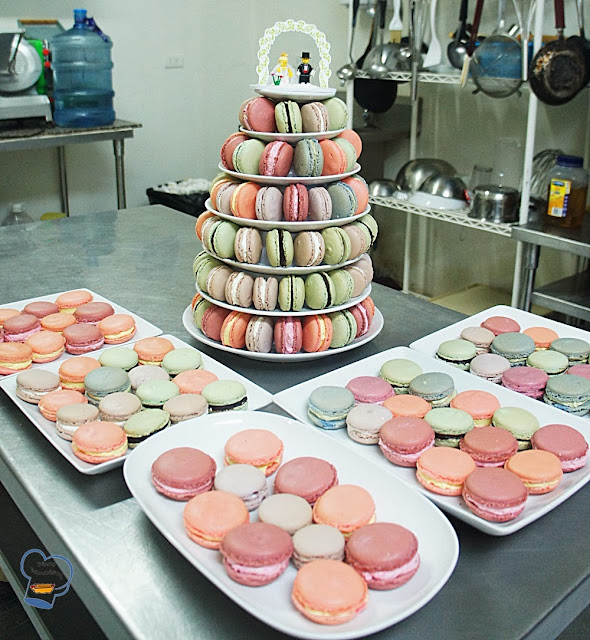 The dreadful days had come! Macaron making made me restless for a few days. I had an early start to give myself plenty of time to correct things that might  go wrong. I made about 500 macarons in a period of three days. Not all cookie turned out good but I managed to come up with the required amount of colorful, decent looking macarons for the cake.

I learned the process at the French culinary school. As required I made them a few times. I thought it was my last encounter with the famous French cookie. Never had I imagined rekindling my relationship with it three years later. To play it safe, I did the macarons per color. The whole process tensed me up. I said my prayers each time. I am not an artisan macaron maker so you can imagine how much effort I made and patience I gave into each procedure.


The batter took long to prepare. I dried the almond meal in a 50 degree Celcius oven. I double sifted the ground almonds and gave it a last sift after mixing it with icing sugar. All I have at the bakery is two 25-liter mixers. For  around 120 pieces, I needed about ten egg whites. With that amount in a 25-liter bowl, it was impossible to whip as the whisk attachment couldn't reach the little egg whites sitting at the bottom of the bowl.  I whipped the egg whites manually for half the time until it got volume  When it reached medium peak, I then added color and liquor, attached the whisk attachment and continued whipping until glossy and thick.  When I did a trial run last week, I baked my first batch at the regular oven in bakery and they came out flat. I baked the second batch  at a convection oven in the main kitchen and the result was good.  I had to run to the kitchen, located few meters away from the bakery  a few times while the macarons were baking. 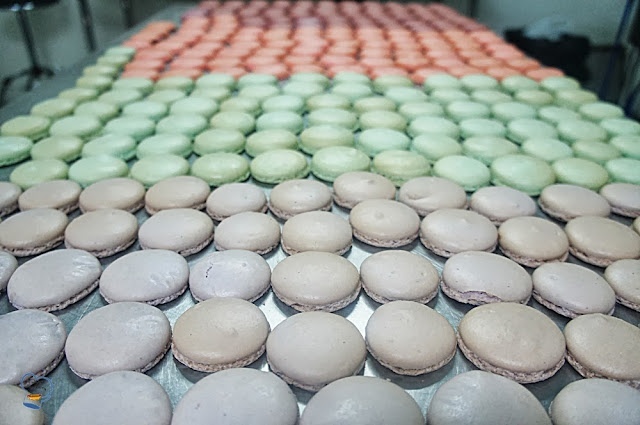 Some macarons had grainy texture because I overbeat the meringue. Not acceptable! 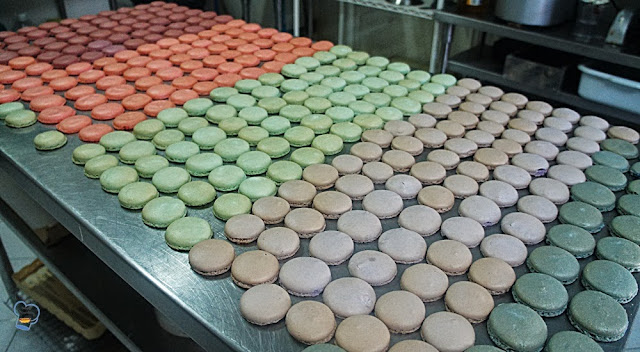 I got rid of the bad ones. The staff at the resort were more than willing to take the rejects. 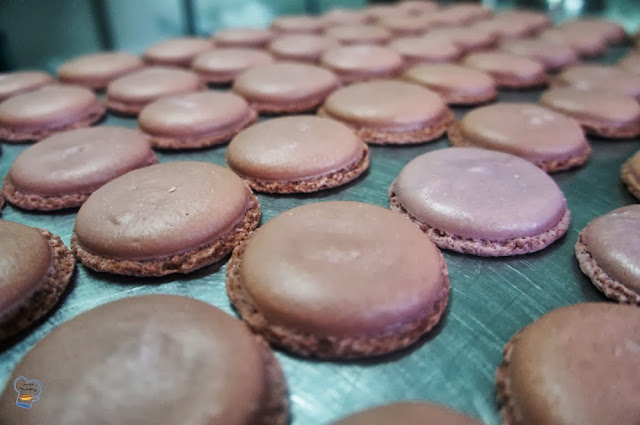 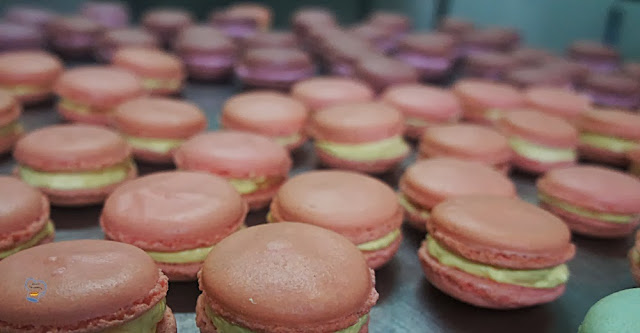 The bride brought this Lego wedding cake topper from her home country Australia. 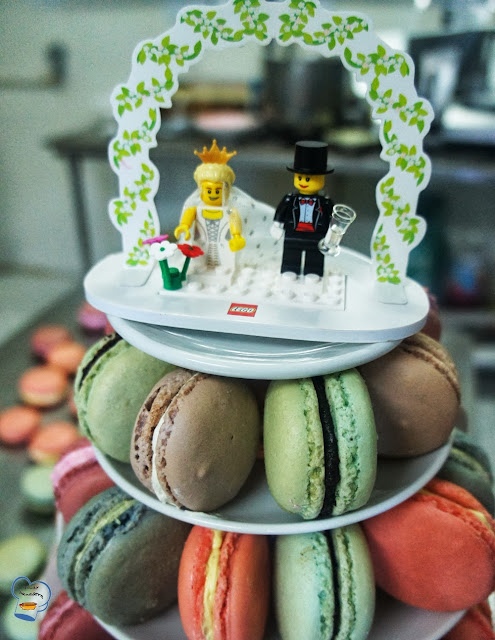 I was busy making the other fillings so I failed to monitor how much filling was put into each cookie. It was almost five in the afternoon. I had been working since 5 in the morning. I had completely forgotten to give instructions to the two ladies helping. Half of cookies had thick fillings, the other thin. Anyway, they still tasted delicious. According to the restaurant manager who was helping at the wedding the whole time, the macarons were gone in a flash. 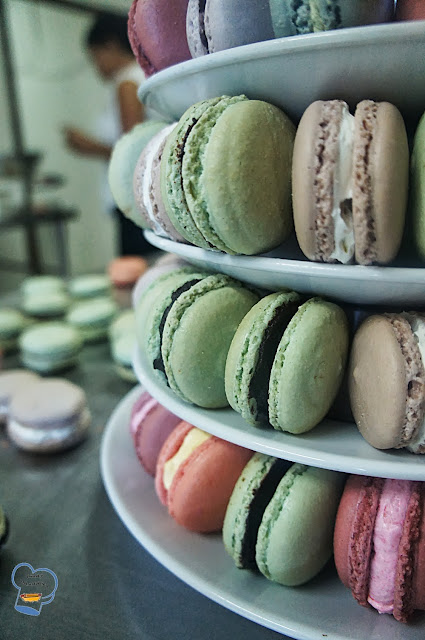 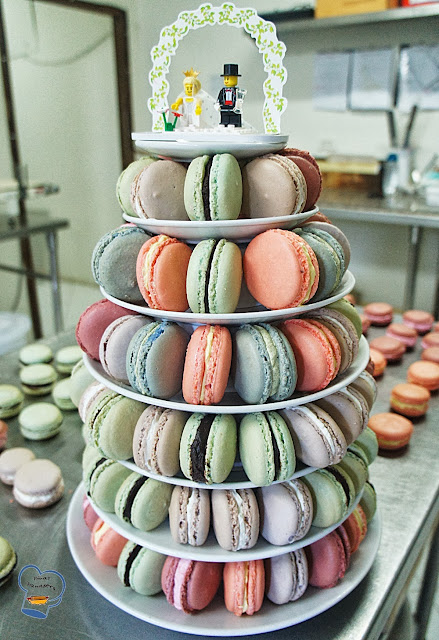