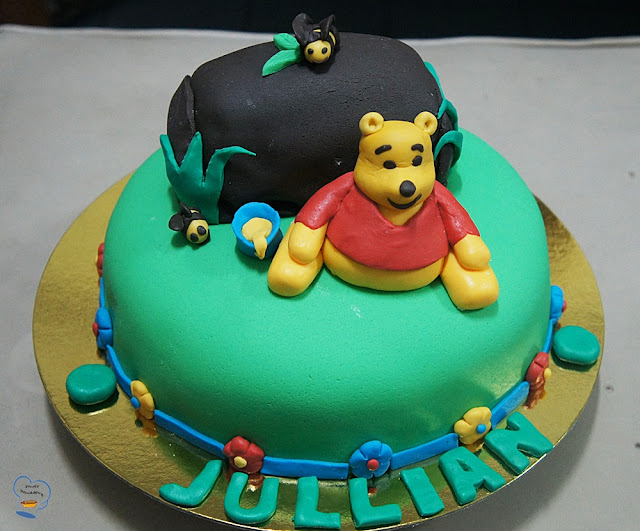 Jullian, the son of a church mate turned 2. He fancies Winnie the Pooh so his mom asked me to make a Winnie the Pooh cake.  When I showed up at the kindergarten class on Saturday,  every one  went gaga over it. Kids couldn't take their eyes off of it.


I made chocolate cake, frosted it thinly with vanilla butter cream. I did not chill the cake because the last time I covered a chilled cake with fondant, condensation formed and the fondant looked shiny and wet. Instead, after applying crumb coat, I immediately worked with the fondant and covered the cake with it.

I used a toothpick to add icing color bit by bit into the white fondant. I knead it over and over until I get even spread of the color and reached my desired shade and the fondant was smooth, soft and pliable. I rolled out the fondant into a size bigger than my cake. I used a mixture of corn flour and icing sugar (50/50) to sprinkle into my work surface while I rolled fondant to prevent it from sticking into the counter. This green fondant was used to cover the base. 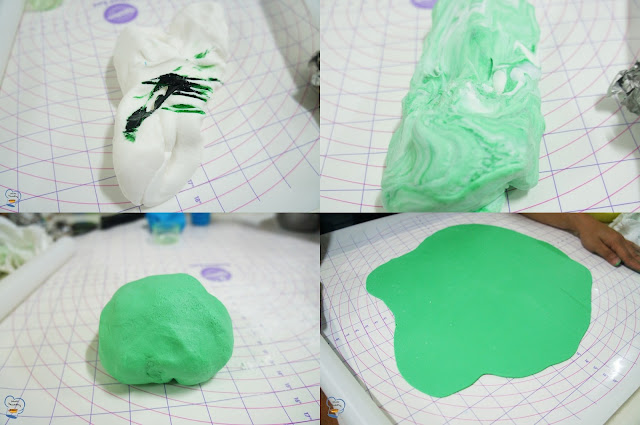 I picked up the farthest edge of the fondant and rolled it over the rolling pin towards me. I draped the cake, starting from the side then to the top. I continued unrolling until it hang below the bottom. I pressed firmly but gently to remove air packets and  smoothed the fondant with a cake smoother. 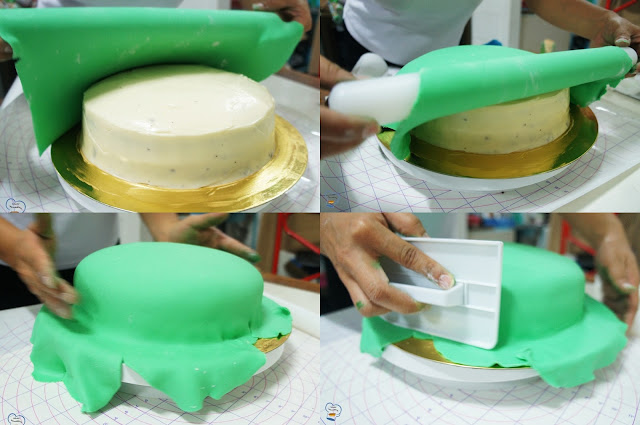 I cut off all the excess with a pizza cutter.

I worked on the log after finishing with the base. 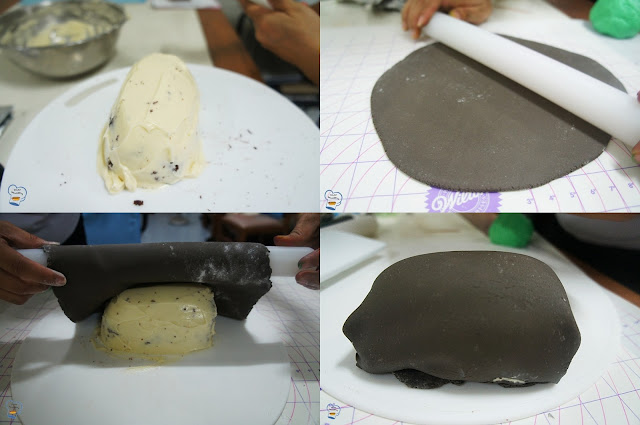 I was not happy with the result so I had to decorate it with leaves to make it look like a log. I then placed the log on top of the  base. I used a skewer to stick the log to the cake.

I followed an online tutorial for Winnie the Pooh. I was successful making the body, shirt,legs and arms. The body was formed into a shape of a pear. For the legs,  I rolled fondant logs and tapered one end.  I stick the logs to the body. My sister cut a small part of red fondant for the shirt. She wrapped it around Pooh's body. 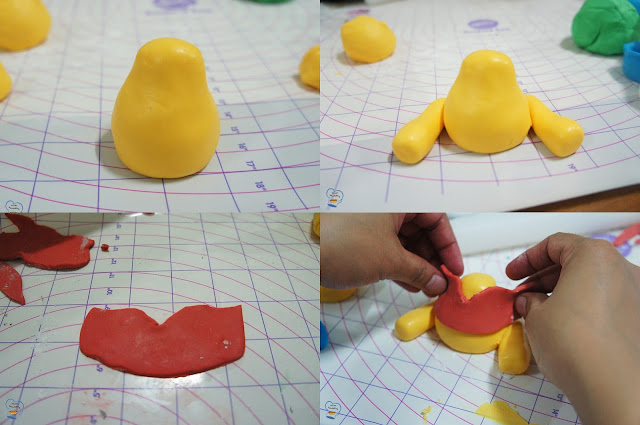 For the arms, I used smaller pieces of  fondant and rolled them into logs. My sister worked on the sleeves while I made the face. 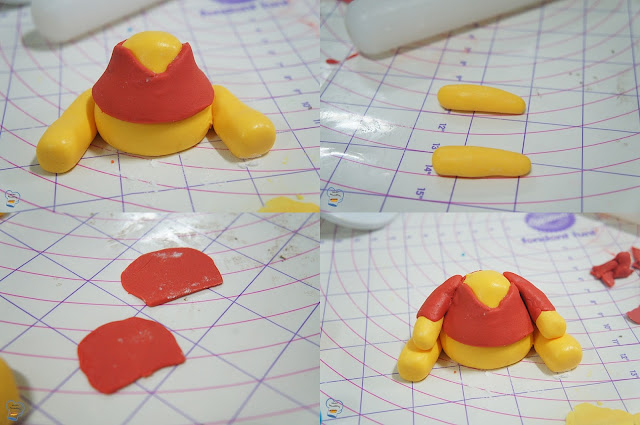 Making a face which would look like Winnie The Pooh was the most difficult part. The online tutorial was a bit confusing for me so I did the face by following what I remembered. After 7 attempts, I was finally able to make a face that resembled Winnie. Yipeeeeeeeee!!

My sister and I both worked on the  decoration of the base. She made flowers and I did the strips. She also added some grass on the log and created letter shapes for Jullian's name. 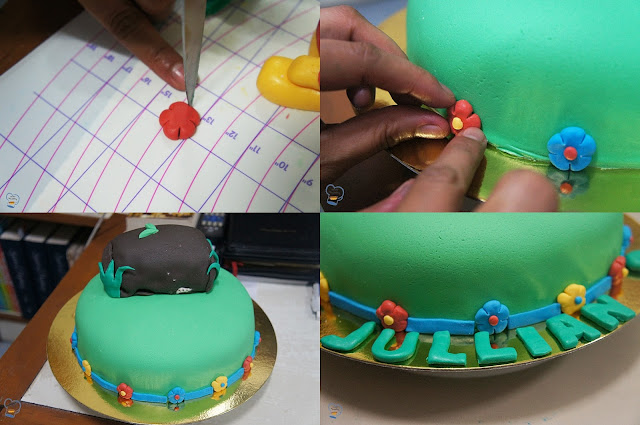 Here's the final stages of decorating. I placed Winnie The Pooh's body on the base leaning on the log.  I stick the head into the body with a toothpick. My sister made the jar with honey. Using the leftover yellow fondant which I used to make Winnie The Pooh, I made two honey bees. I placed one on top of the log, the other beside the honey jar. 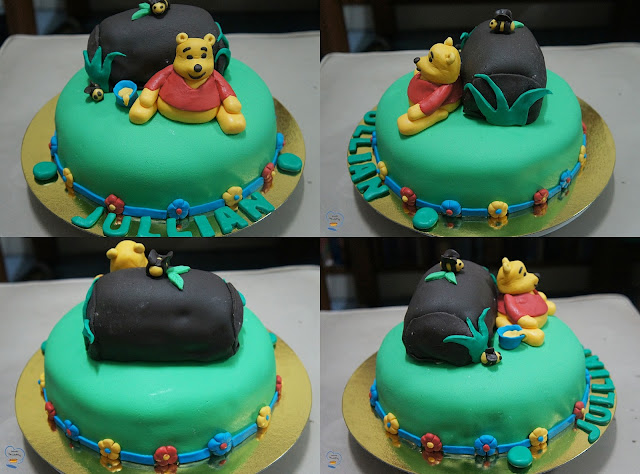