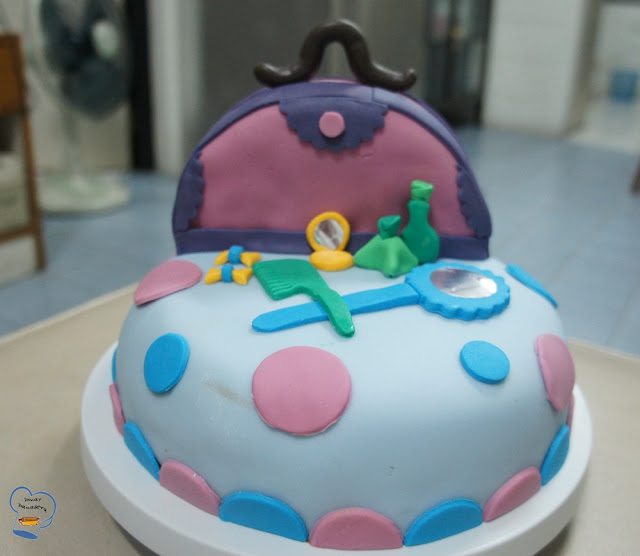 When a friend  saw Winnie the Pooh cake, she asked if I could make a similar  fondant covered cake for her daughter. Her birthday was a week later. I asked about her daughter's style and things she was fond of. The mother said she liked all things girly.  That night,  I browsed the  gallery to get an idea for girly stuff and this was what I came up with.

My sister came home late. I was about to work with the fondant when she showed up with a friend. They were both exhausted from a week's intense mental work and were feeling hungry. I set aside the cake to rest for a bit to set the table for dinner. It was already past 9 in the evening when I resume working on the cake. 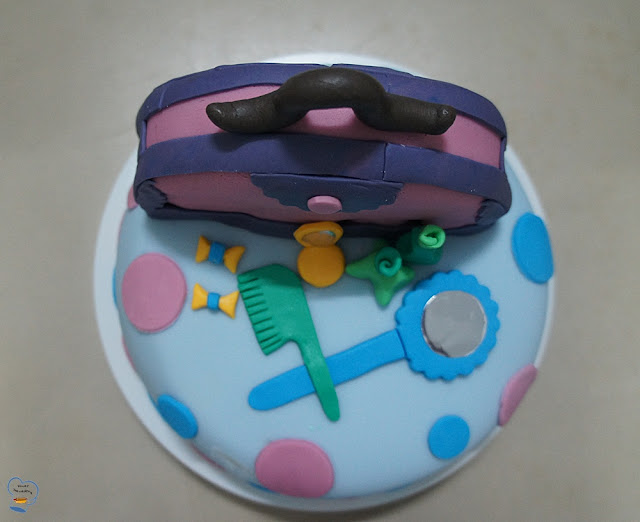 I failed to document making the girly cake. My sister needed rest and I did not want to be demanding. Even she's tired and ready to crash she still was willing to help.

I made 1.5 recipe of  chocolate cake.   I baked one in a big round baking pan, the other in a much smaller round baking pan. I used chocolate butter cream to ice both cakes. I covered the big cake with blue fondant and set it aside while working on the smaller cake. I cut one third of the smaller round cake. After icing it, I covered it with purple fondant. My sister and I worked together to decorate the purse and the base. 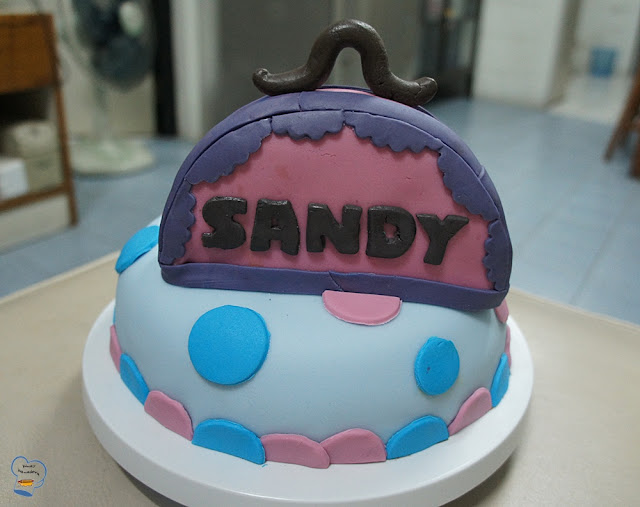 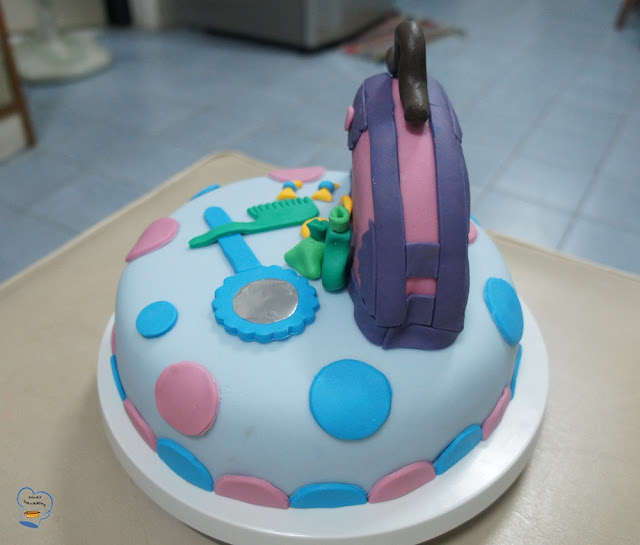 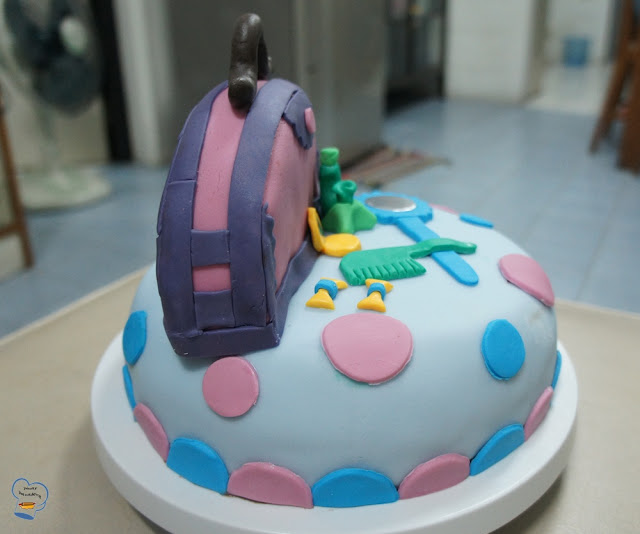