What to do with old suman

Suman is a Filipino rice cake made from sticky rice wrapped in banana leaves.

My cousin brought home suman from her recent trip to Philippines.I put them in the freezer and only remembered  them after a few days. When I cleaned the fridge I discovered the neatly tucked suman in plastic container. I didn't want them to go to waste.I took one, steamed it and ate. It was still edible.

I thawed the rest. I did what we normally do with old suman in Philippines - fry them.

I poured oil into the wok and heat it up while I prepared the batter. 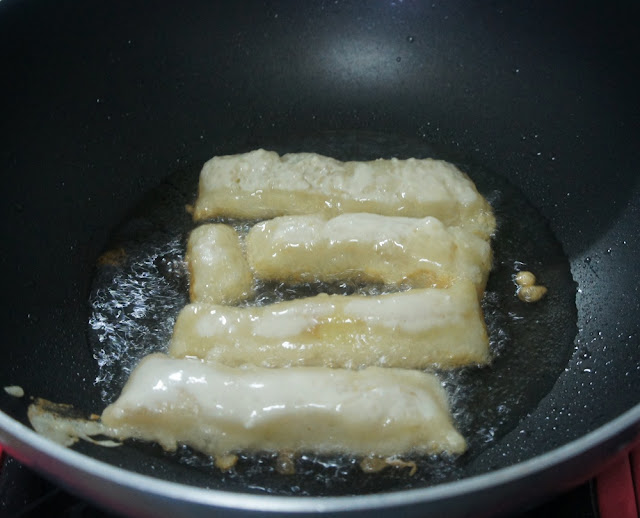 I fried them until golden brown. 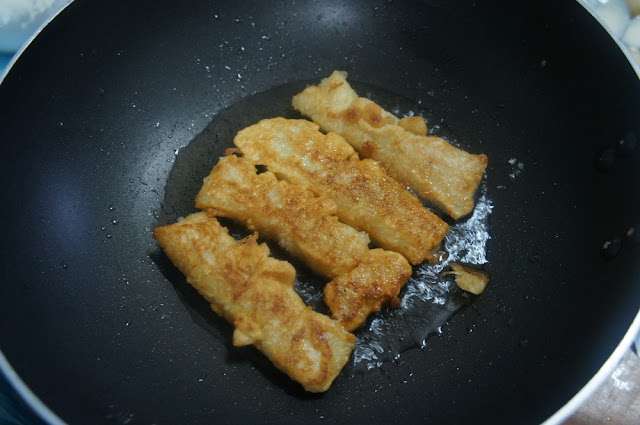 I placed them on stack of paper towels to drain excess oil. 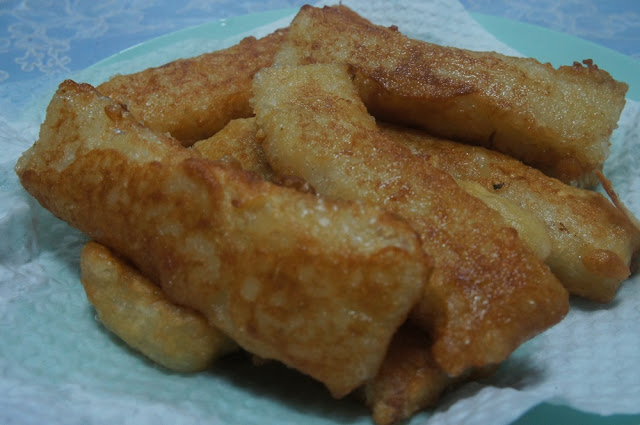 My sister and I had 4 pieces each. Normally fried suman is eaten with sugar or coconut jam. An idea struck me. Try suman with other jam. And so I did. I ate one of my share with peanut butter. The taste was acceptable. Then ate the other with blackberry jam. Strange!
I so wanted to enjoy the remaining suman I had. I looked in the cupboard and saw my tray of spices. I took nutmeg and cinnamon, mixed a dash of the first with the latter. I added a bit of sugar, sprinkled the mixture on my warm suman and Viola!  It was delightful :)